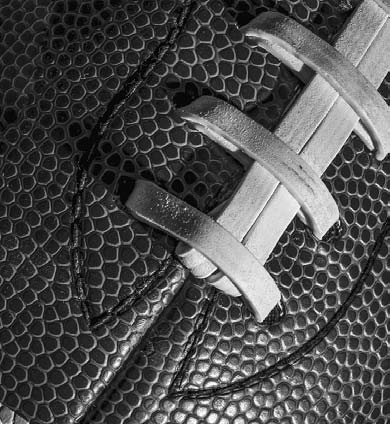 Now, games played this week do count on the records, although there will be a couple of jamborees this week too. Well, there is one jamboree as Susan Moore travels to Good Hope Thursday night for a little preseason scrimmage.

The schedule this week includes one county-vs.-county game and three interesting matchups for county teams against outside competition.

This is developing into a nice rivalry between the two smallest schools in the county – although growth projections for Southeastern may change that dynamic. The Eagles will look to pound the ball behind an offensive line that will have a decided size advantage (about 25 pounds per man) on a Southeastern front that has historically struggled to slow down opposing running games. The Eagles will rotate running backs and if the running game is successful, look for senior quarterback Jasper Hutchens to take a shot or two downfield on play-action – particularly to sophomore receiver Noah Harris. On the other side of the ball, the Mustangs return the dynamic duo (sorry Super Hero fans) of quarterback Seth Wadsworth and receiver Jordan Graham. They will test an Eagle secondary that is short on depth and speed. As always, rivalry games tend to come down to which team makes the fewest mistakes so keep an eye out for an early turnover or big play in the kicking game.

The Bulldogs are led by Scott Curd, who led Carbon Hill to a 1-9 record a year ago in his first season. He inherited a bit of a mess and is still trying to put things in order. He has a very good player in junior receiver Carson McGinnis (6’2, 175 Jr), who was an honorable mention all state performer a year ago – quite an honor for a receiver on a team that won just one game and averaged just 16 points per game. The Bulldogs had trouble slowing down running games last year but the emergence of Dexter Kemble, a 6’7, 415-pound senior might help a bit. Chris Musso’s Hornets took a while to get going last year but I look for Locust Fork to go right at the Bulldogs on both sides of the ball. Tyler Clevenger, Drew Rogers and Jarrett Peeples should have a good night operating what Musso thinks is as good an offensive line as he has had. The Hornet secondary will be tested by McGinnis, who has the speed to get behind any defense.

The Tigers will kick off the season on the road against a Brindlee Mtn. team that appears to be stuck in neutral. While Todd Cassity’s second season at the helm saw Pennington improve from 1-9 to 8-3, the Lions limped to an 0-10 mark and now will welcome in new coach Keith Garner, who was the head man at Pennington from 2012 to 2014. Pennington will be big up front and that’s an area of concern for the Lions. The Tiger running game will feature as many as five different running backs but look for Sheldon Blythe to get the most touches behind the huge Tiger offensive line (avg. 260 lbs.). If Brindlee Mountain isn’t much improved on the defensive line, it will be a long night for the home crowd. The Tiger defense has a lot of experience returning and we’ll get a chance to see early if the Pennington defensive front – which averages just 205 pounds – is able to handle the Lion offensive line.

The Bearcats came out of nowhere last year as the No. 4 seed from powerful 3A Region 5. Daryl Hamby’s squad opened the playoffs with a surprising 37- 7 dismantling of Fultondale and then thumped Lexington 42-0 before falling to eventual state champion Piedmont 52-28 in the quarterfinals. Weaver graduated several talented skill players but there are plenty more on the roster that can make plays and that’s the reason the Bearcats start the season ranked No. 9 in 3A. The Bearcat offensive and defensive fronts are led by Riley Benavidez (6’0, 290 Sr), who was a first team all state selection in 2016. Hayden moved the ball on the Bearcats last year but made too many mistakes on offense and never came close to stopping the Weaver running game. The Wildcat offensive line is expected to be outstanding, according to head coach Keith Register, and Hayden will look to test the Weaver run defense from the first snap Friday night. The Hayden defense must play sound, gap-control defense up front because Weaver has plenty of speed at the running back spots. Neither team is expected to be that strong in the kicking game but the Bearcats have exceptionally dangerous return men.

Cleveland, Oneonta and Susan Moore will wait a week to start the season.

On Thursday night, Susan Moore will kick off the season with a dose of rivalry as West End visits The Pod. Friday night, Cleveland will travel to Southeastern and Oneonta will go to Guntersville.