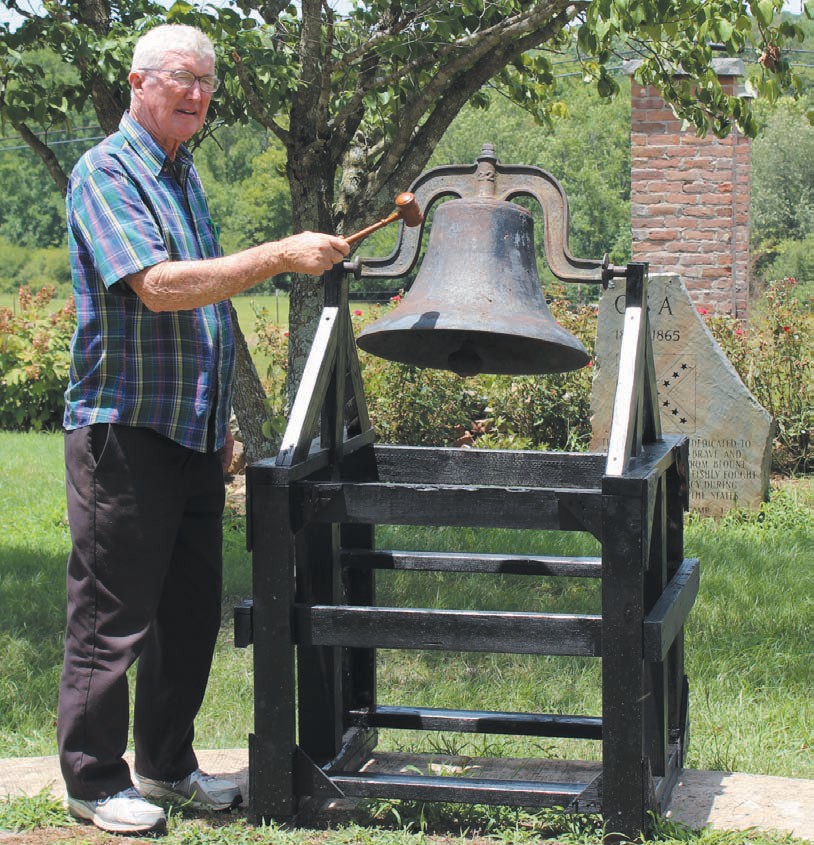 The Descendants of the Signers of the Declaration of Independence (DSDI), met at the Blountsville Historical Park on July 4 to host a program including the ringing of a bell.

Blountsville resident O.K. Alexander is a descendent of John Witherspoon, the only preacher to have signed the Declaration of Independence. There were 56 people who signed the Declaration of Independence, and eight of the signees have descendants in Alabama: Carter Braxton, John Hart, William Hooper, Arthur Middleton, Thomas Nelson Jr., Edward Rutledge, and Witherspoon.

The ceremony’s guest speaker was state Rep. Randall Shedd. The Preamble to the Constitution was read while Bobby Morris (left) rang a bell 13 times, once for each of the original colonies. After the bell ringing, people were invited to tour the museum and gift shop.