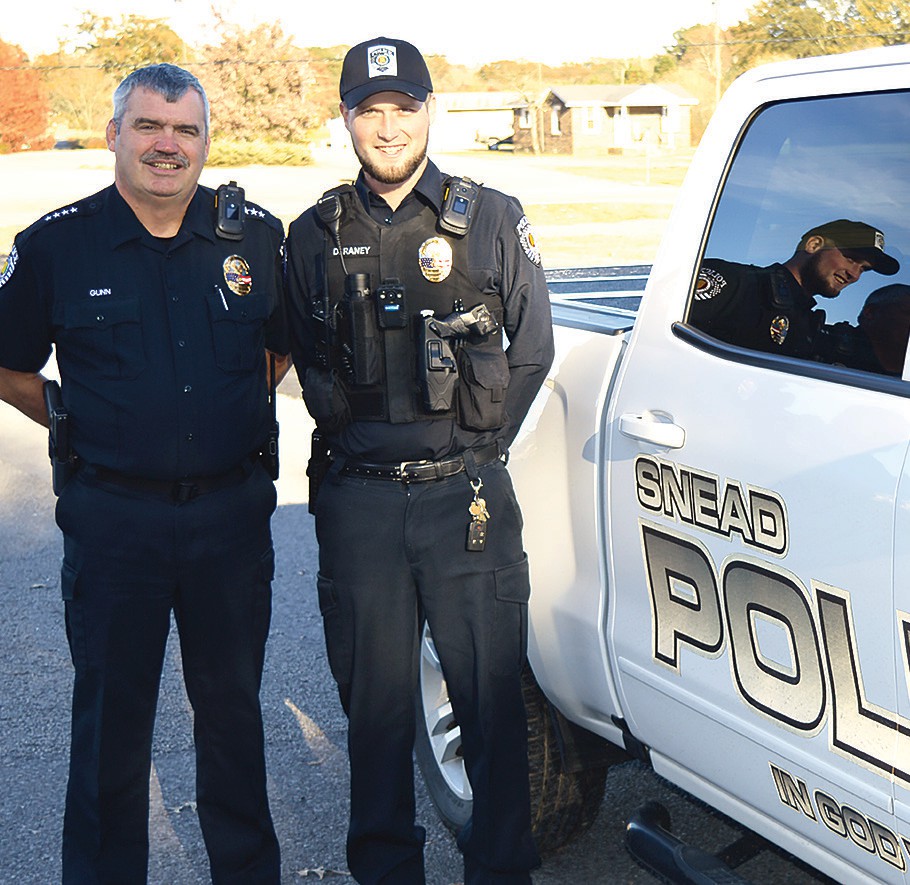 To see that sentiment in action locally, visit the Snead Police Department. Chief Stephen Gunn was hired in May 2018. From the start, he had the idea that he wanted to build a professional department. Gunn said he has had the complete backing of the mayor and town council in working to make his idea a reality. “The council has been good to us.”

One way to achieve his goals, Gunn said, is to provide a good foundation of leadership throughout the department. Towards that end, Gunn recently promoted Deric Raney to sergeant after Raney completed the Southeastern Law Enforcement Professional Development Seminar in October. Officers who attended received training in an array of executive level leadership, problem solving, and media training. SLEDS instructors are from the FBI Academy in Quantico, Va. The training was sponsored by the Lee County Sheriff’s Office and the Auburn Police Department.

Gunn said even though Raney has only been a full-time officer at Snead for two years, he earned the opportunity to attend the training through his actions and work effort. “He was always the first to step forward and volunteer” for a detail. Raney “grew up here,” Gunn said. “He doesn’t just talk about caring for the community, he lives it.” After graduating from Susan Moore High School, Raney joined the U.S. Army Reserves and later worked at Dixie Diesel. He also volunteered as a reserve officer at Snead for three to four years before being hired as a full-time officer.

Gunn said he wants to continue to push officers into leadership roles. Raney is “just the first, not the last. A young officer can really prosper here.”

Raney agrees. “I’ve had the opportunity to go elsewhere, but my heart is here. My goal is to retire here.”

Gunn has more plans to move the department forward including starting a field training officer program. This will formalize the on-the-job training officers received from more seasoned officers once the rookie has completed the academy. It is also another way for the training officers to take on more leadership.

Gunn said the department currently has six full-time and five part-time officers. It operates 24 hours a day all year long. Gunn said everyone is participating in making it a better department. “It’s fun watching these guys grow.”