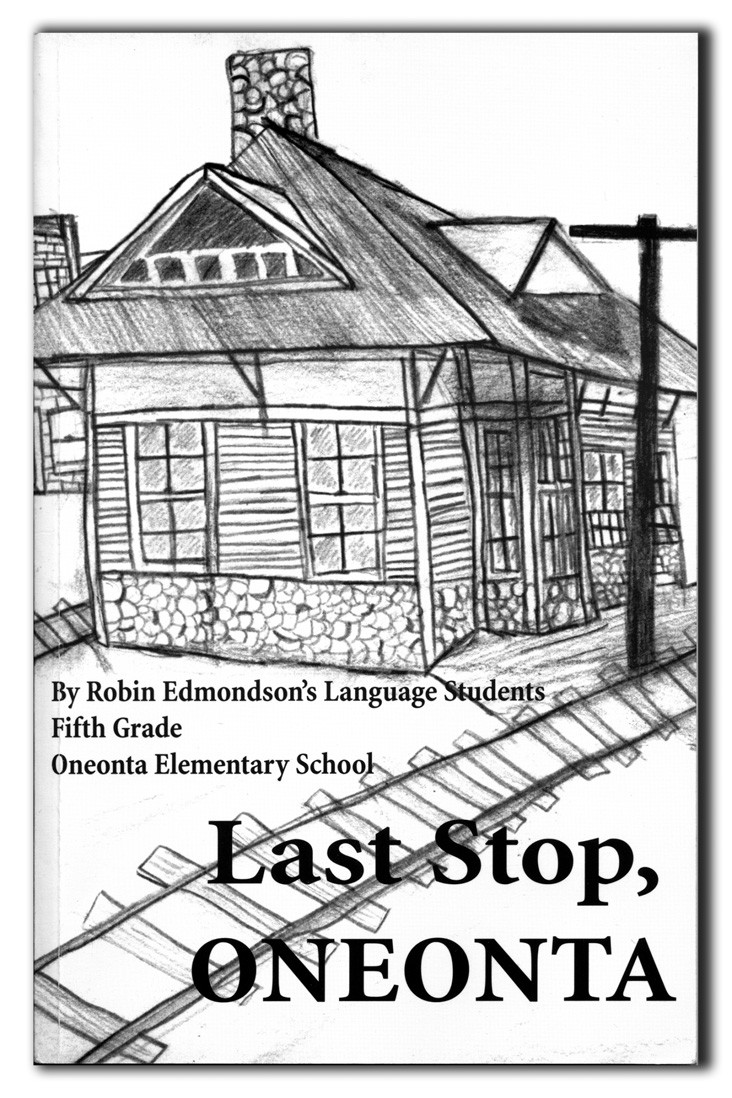 It was a unique way to write a “historical fiction novel.”

Directed by Robin Edmondson, then writing teacher at Oneonta Elementary School, the four fifth-grade classes the school year 2001-2002 interviewed residents 62 and older about their early lives in Oneonta and elsewhere in Blount County.

From the wealth of information garnered, the students, with much direction of course, worked in groups to select what would be used and assembled it into chapters, each chapter written in first person as the one interviewed might have related it.

Naming their book Last Stop, Oneonta, the students captured the flavor of life as lived decades ago and set it down for readers’ enjoyment. Many interesting photos appear in the little volume, whose front cover bears a sketch of the old L & N Railroad Depot drawn by sister students Chloe and Megan Sloan.

Ever eager to preserve the county’s past, docent Amy Rhudy now has reproduced copies of Last Stop, Oneonta, for sale at $4 each at the Blount County Memorial Museum, 204 Second Street, North, hours 9 a.m. to 3 p.m. Tuesdays- Fridays, phone 625-5640. The little books made neat remembrance gifts and interesting additions to home libraries.