Lady Redskins turn up the heat 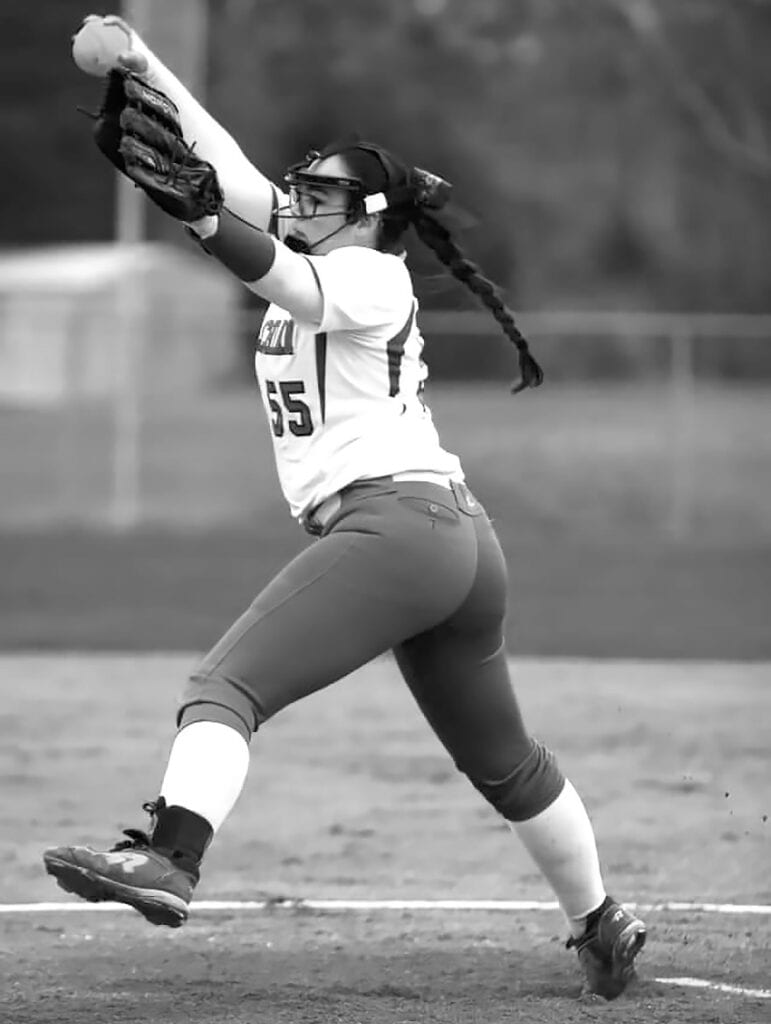 On a cold, dreary night, the Lady Redskins turned up the heat. They scored nine runs in the first inning against the visiting Clay-Chalkville Cougars last Thursday. Oneonta came away with an 11-1 win.

Ashtyn Sligh got the start giving up just one hit and no runs. Through two innings, she struck out four. Graceyn Clifton pitched the final three allowing just one run on one hit also striking out four.

Aaliyah Byrd led off the bottom of the first with a walk and a quick steal. Up next was Sligh whose single on a grounder to shortstop scored Byrd. Maddie Gargus was brought in as a courtesy runner and she made it to third on a grounder off the bat of Clifton. With Emma Jo Devaney at the plate, Clifton stole second before Devaney singled to left field clearing the bases.

Kylee Smith singled on a fly ball to left followed by Mattie Jackson’s walk that loaded the bases. Payton Burns walked a run in bringing Bryd back up with bases loaded and only one out. She reached on a pop fly scoring Smith. Sligh’s fly ball to right cleared the bases as she made it safely to second. Gargus, who came in to run again for Sligh, stole third and then stole home for the Lady Redskin’s ninth run.

The teams traded runs in the third. Byrd stole second and third on a couple of wild pitches to Sligh. She made her way home on another wild pitch to Kylie Wilson. Oneonta scored their final run in the fifth when Wilson hit a fly ball to left scoring Byrd.

Byrd and Sligh led the Lady Redskins at the plate with two hits. Byrd scored four runs while Sligh finished with four RBIs. Devaney finished with a couple of RBIs while Wilson and Burns had one apiece.

The Lady Redskins head into spring break 9-5 overall and 1-1 in 4A Area 10. They play at Etowah on April 13 and host Ashville in a double header on April 15 to close out area play. The next game for the Lady Redskins is on the road at Susan Moore on March 30. Game time is 4:30 p.m.

Last Friday in a matchup featuring two 1A Area 11 teams, the Lady Eagles scored 11 in the first inning on their way to a 16-0 win over Jefferson Christian. Ashley Maddox started in the pitcher’s circle for Appalachian. She allowed just one hit striking out three in the two innings she pitched. Sara Metcalf came in for the final inning surrendering zero hits with one strike out.

Taylor Woodard led off the bottom of the first with a single on a hard-hit grounder to left field. She ended up scoring after stealing second, third, and home on wild pitches. Jordan Henderson singled on a ground ball to short scoring Zoe Payne who had walked.

After stealing second base, Henderson scored on Kaylan Martin’s hit to left field. Sophie Latta’s single to right brought Martin home. The next two batters, Kaden Gilliland and Dalys Day, drew walks giving Latta an opportunity to steal second and third bases. She made it home on a passed ball for Appalachian’s fifth run with only one out.

With runners on first and third, Stormy Stidham singled on a fly ball to left field bringing both runners in. Woodard came to the plate for her second at bat of the inning. This time she doubled on a fly ball to right sending Stidham home. Davis singled scoring Woodard while Payne’s double scored Davis. Henderson brought home the final run of the inning on a triple hit to left field.

Savannah Painter, Emily Adkins, and Miah Simmons combined for a no-hitter in the Lady Wildcat’s 16-0 on-the-road win over Cordova last Thursday. Painter got the start and the win. She struck out three in two innings. Adkins and Simmons each pitched an inning in relief.

While the Lady Wildcats didn’t allow any hits, they racked up 16 of their own scoring three in the first, six in the second, five in the third, and two in the fourth. Taylor Yeager led Hayden at the plate with three hits in three at bats. She knocked in one and scored three runs.

Hayden plays in the Gulf Coast Classic this week. We will bring you full coverage next week.

The Lady Hornets and the Lady Panthers were forced to reschedule their 2A Area 11 game that was supposed to be last week. The two now meet at 4 p.m. on March 31 at Cleveland. Locust Fork comes out of spring break with a road game against 2A Area 11 opponent Southeastern. They play at 4 p.m. March 30. Locust Fork is 2-1 in area play. The Lady Hornets close out area play with two games against West End, April 6 at West End and April 12 at home.

Currently, the Lady Mustangs are 0-4 in 2A Area 11 with losses to West End, Cleveland, and Locust Fork. They host the Lady Hornets at 4 p.m. March 30 and the Lady Patriots at 4 p.m. April 5 to wrap up area play.

The Lady Bulldogs were supposed to travel to Blountsville last week for a 3A Area 13 game with J.B. Pennington, but Mother Nature had other plans. Currently, Susan Moore is 1-1 in area play with a loss to Holly Pond and a win against Brindlee Mountain. They are scheduled to finish up area play at home with J.B. Pennington on April 6, Holly Pond April 12, and Brindlee Mountain April 15. The Lady Bulldogs come out of spring break next week with a home game against Arab March 29 and Oneonta March 30. Both games start at 4:30 p.m.