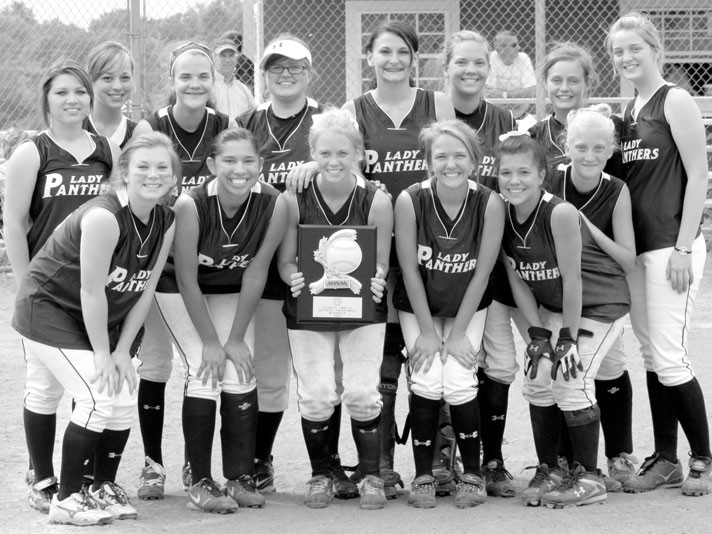 The Cleveland Lady Panthers finished second in last week’s 2A Area 13 Tournament at Cold Springs and secured a spot in this week’s section tournament at the Huntsville Sportsplex.


Cleveland advanced but it wasn’t easy. The Lady Panthers took the scenic route by losing the first game of the tournament 7-5 to Falkville and then winning three straight in the loser’s bracket to advance to the finals. 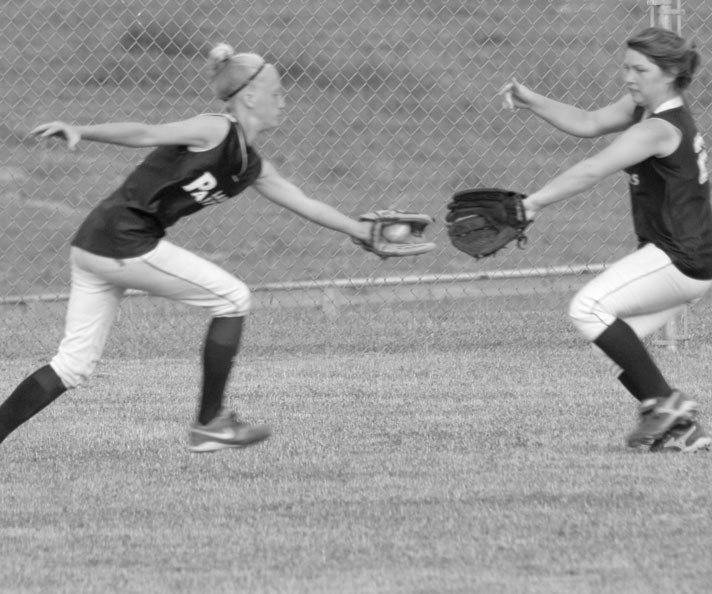 Tiffany Watson (left) catches a flyball with Kana Sherbet backing her up.

In the championship series, the Lady Panthers dominated unbeaten Addison 6-1 in the first game before falling 3-0 in the final game. Falkville 7, Cleveland 5


The Panther defense wasn’t solid and the Lady Blue Devils made them pay.

Kristen Harris went the distance on the mound (as she did in every tournament game) and struck out five while walking one.

Harris allowed just three hits and walked one with nine strikeouts to get the win.

The Panthers plated two runs in the third on a two-run homer by Holder and added a single run in the fourth when Tiffany Watson drove in Kristen Cleveland.

Ashley Harris was 2-for-4 with a pair of singles. Cleveland 4, Falkville 2

Revenge was sweet for the Lady Panthers as they put Falkville out of the tournament.

Kristen Harris allowed five hits with no walks and struck out five to get the win.

Jessi Holder (2-for-3, RBI) led an offense that also got back-to-back-to-back run-scoring singles from Kana Sherbet, Kristen Cleveland, and Meagan Shelton in the fourth inning.

The Panther defense was solid and prevented a run late in the game when Tiffany Watson, Leandra Glass, and Jessi Holder combined on a double play. Cleveland 6, Addison 1

Addison came into the game undefeated in the tournament but the Lady Panthers forced a deciding game with a 6-1 thrashing of the Lady Bulldogs.

Kristen Harris gave up five hits but came up with the big pitch when she needed to and struck out three.

Jessi Holder provided the big stick for the offense with a three-run double in the fifth inning.

Kana Sherbet was 2-for-3 with an RBI while Holder (double, three RBIs), Ashley Harris, Kristen Harris, Leandra Glass, and Tiffany Watson were each 1-for-3. Addison 3, Cleveland 0

Kristen Harris continued to pitch well but the Cleveland offense finally ran out of gas.

Harris allowed five hits and struck out one but the Panther offense managed just a pair of singles by Ashley Harris.

Kristen Harris and Jessi Holder were named to the All Tournament Team. North Section Tournament

Cleveland qualified for the North Section Tournament at the Huntsville Sportsplex, which begins this Friday.

The Lady Panthers, the 2A Area 13 runner-up, will face the Area 16 winner Friday morning at 11:30. The Area 16 Tournament was to be played yesterday at Lexington. Other teams in the tournament are Clements, Tanner, and Westminster Christian.

The double-elimination tournament continues Saturday with the finals set for Saturday at 6:30 p.m. and 8 p.m. (if necessary).