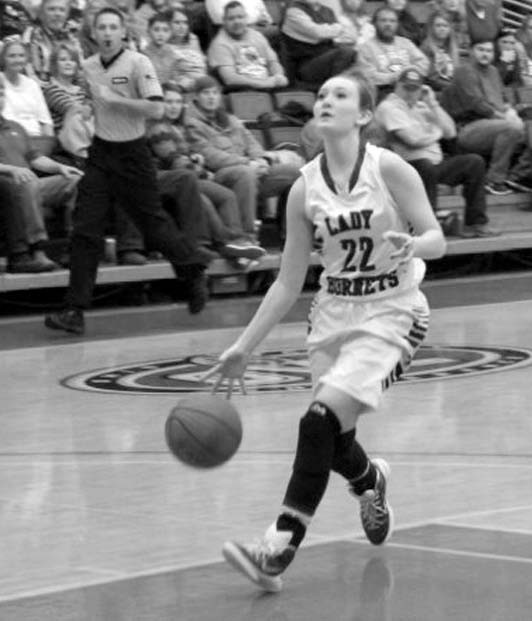 The Locust Fork Lady Hornets are the only Blount County team left standing after the semifinals of the Northeast Regional at Jacksonville State University.

While the Appalachian, Cleveland, and Oneonta girls and the Cleveland boys all bowed out in the first game, Locust Fork got off to a hot start and pulled away from Hokes Bluff for an easy 60-43 victory.

Locust Fork will play Jacksonville today (Wednesday) at 1 p.m. for the region title with a trip to Birmingham and the Final Four on the line. 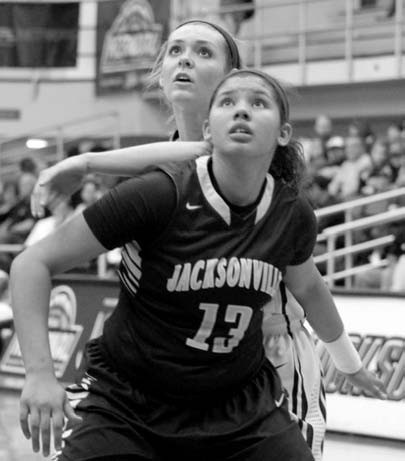 For one quarter it looked like a heavyweight fight. But in the end it was the powerful Lady Lions that landed too many heavy blows.

Cleveland played well on offense throughout the game but simply couldn’t keep up with a Section team that hit 16 shots from behind the arc and scored 24 points off Cleveland’s 22 turnovers.

Section put the game away in the second and third quarters, outscoring Cleveland 29- 13 and 24-16 to build a 70-47 lead after three quarters.

The Panthers didn’t play great basketball but they still had a chance.

Khalil Johnson intentionally missed a free throw with .3 seconds left to play and it looked like Peyton Gilliland’s putback had tied the game. Unfortunately, the rules state that the ball can only be tapped or redirected into the basket and the Panthers lost a tough decision. 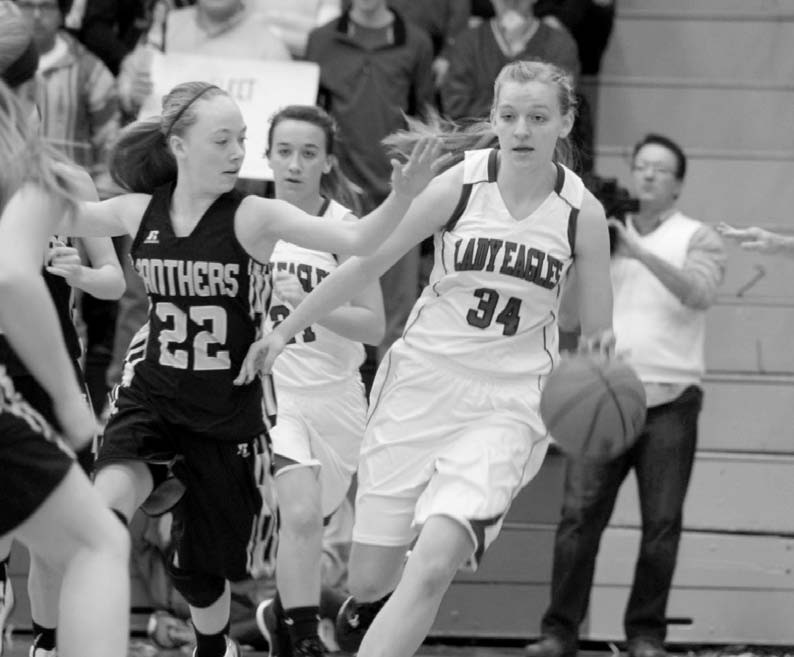 Appalachian’s Stephanie Metzler works her way through the Woodville defense.

Neither team played great on the offensive end. Cleveland shot just 27 percent for the game and Fyffe hit just 39 percent. The free throw numbers were even worse as Fyffe hit just 8 of 20 and Cleveland managed just 9 of 20.

The Panthers also hit just 4 of 25 from behind the arc in a game where the largest lead for either team was five points.

Cleveland’s Christian Fallin launches a 3- pointer over the Section defense.

Take away the first quarter and the Lady Eagles might have had a shot. Unfortunately, it just doesn’t work that way.

Woodville, the defending region champion, came out firing. After the first eight minutes, Woodville led 26-8 and the Lady Eagles were in a deep early hole.

Appalachian outscored Woodland 15-12 in the second quarter but still trailed 38-23 at the half.

Appalachian (20-6) got a double-double of 16 points and 11 rebounds from Stephanie Metzler. Hannah Buzbee added seven points.

Jacksonville controlled things from the start, leading 16-5 after one quarter.

Oneonta played better basketball in the second quarter and trailed just 27-16 at the half but the third quarter would prove to be the difference.

Jacksonville outscored the Lady Redskins 21-7 in the third quarter, building a 48-23 lead after three quarters and Oneonta was bounced out of the region tournament in the first round.

The Lady Redskins had a rough shooting day (hitting just 35 percent) and were outrebounded 45-25. Jacksonville scored 21 points off Oneonta’s 17 turnovers.

Oneonta (26-6) got a fine performance from senior guard Baylee Gibbs, who scored 18 points and collected five rebounds. No other Redskin had more than Grace Coefield’s six points.

The Lady Hornets made a statement early by drilling their first six 3-point attempts. Hokes Bluff actually hit some shots and scored 15 points in the first period as Locust Fork led 25-15 after the first eight minutes.

The Lady Hornets cooled off after the first quarter and Hokes Bluff cut into the lead on several occasions but it wasn’t nearly enough as Locust Fork rolled to the win.