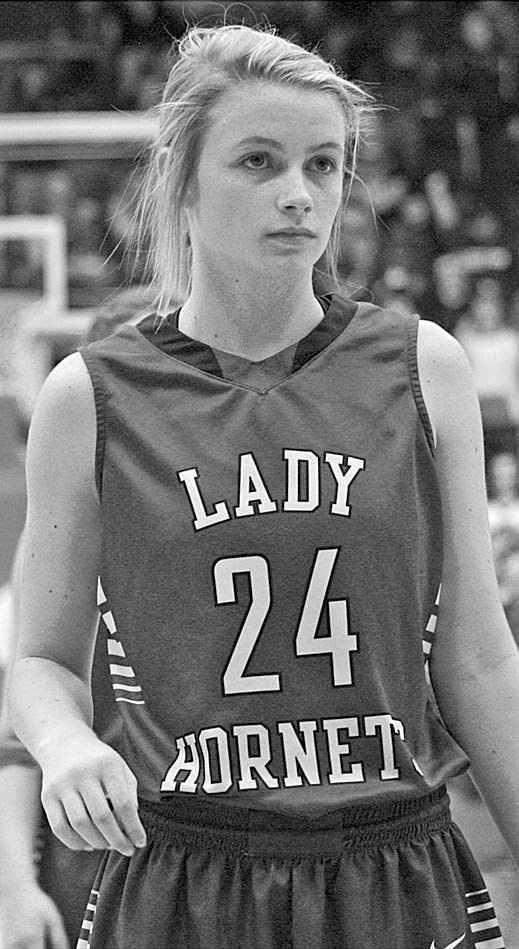 There were a pair of potential potholes on Locust Fork’s basketball schedule last week, with games against strong rivals in J.B. Pennington and Susan Moore.

It seems that the Lady Hornets know how to navigate pretty well as Locust Fork posted wins of 75-44 over the Lady Tigers and 83-45 over the Lady Bulldogs.

Throw in a 74-20 thrashing of American Christian on Monday night and the Lady Hornets – ranked No. 2 in 3A last week – appear to be on schedule.

In the 3A Area 11 opener for both teams, the Lady Hornets buried the visitors with leads of 21-11 after one quarter and 47-16 at the half.

J.B. Pennington (7-3 overall, 0-1 in the area) got 12 points from Ollie Carson, nine from Madison Lipscomb and eight from Darby Hamm.

Locust Fork (6-0, 1-0) got a huge game from Rachael Baker, who scored a game-high 26 points and pulled down eight rebounds. Kimberly Horton had 18 points and five assists and Madison Cater added 17 points with six assists and five steals.

Visiting Cornerstone trailed just 14-9 after one quarter and stayed within striking distance throughout the game but it wasn’t enough.

Southeastern built as much as a 16- point lead in the second half and cruised to the victory.

The Lady Mustangs (5-3) got 14 points each from Sydney Lindley (also five steals and four rebounds) and Kaitlin McMurrey (also 11 rebounds). Wendy Soto registered a double-double with 11 points and 14 rebounds while Peyton Lindley had six points with 10 assists and six steals. Brianna Brasfield had eight points and nine rebounds.

The visiting Redskins came out cold and fell into a 29-15 deficit at the half.

The second half was a different story as the Redskins played much better on both ends of the floor and dominated the fourth quarter.

The Lady Bulldogs came into the game on a roll at 7-1 and had just ended Holly Pond’s almost decade-long area winning streak.

Once again, however, the Lady Hornets put this one away quickly, building leads of 21-12 after one quarter and 45-30 at the half.

Locust Fork then put together a 24-7 run in the third quarter to lead 69-37 after three quarters.

Locust Fork (7-0, 2-0) got a monster night from Ashlyn Adkins, who finished with 30 points, six rebounds, four steals and four blocks. Kimberly Horton had 21 points, eight steals and five assists and Rachael Baker had a double-double with 11 points and 10 rebounds.

Southeastern (7-3 overall, 2-0 in 1A Area 11) got 16 points, eight rebounds and six steals from Kaitlin McMurrey and 15 points and 11 rebounds from Brianna Brasfield. Wendy Soto had eight points and 13 rebounds while Peyton Lindley tallied three points with eight assists and four steals.

The Redskins put together the best effort of the year and buried the visiting Green Wave to pick up their first win in 4A Area 9.

Leeds (2-4, 1-1) simply had no answer for Oneonta’s Brody Moore (24 points, five steals) and Jaden Kent (18 points, 12 rebounds) and those two got plenty of help. Oneonta collected 16 steals and blocked seven shots during the game.

Once again, Locust Fork dominated early – leading 22-2 after one quarter and 40-9 at the half – and rolled to the victory against the Lady Patriots (3-4).