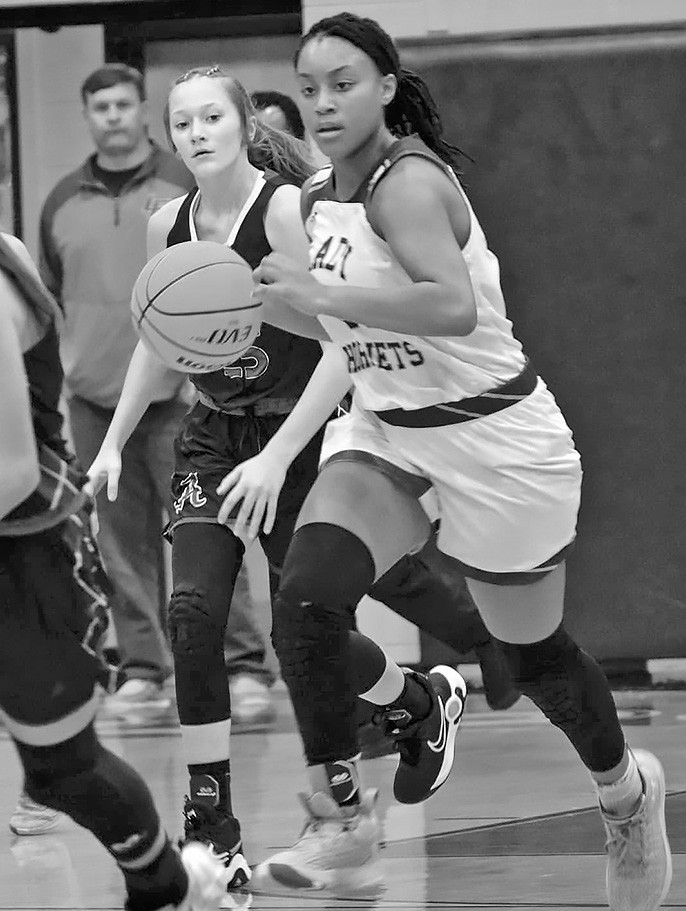 Basketball is back in full swing now that Christmas break is over. Locust Fork v Appalachian

The Lady Hornets dominated the Lady Eagles, coming away with a 60-21 victory. Locust Fork’s defense was relentless, allowing just five points in the first quarter, nine in the second, five in the third, and two in the fourth.

In the evening’s final game featuring the boys, Locust Fork came out on top 55-44. It was a tight game with both teams trading shots for much of the game. At the end of one, the Hornets were up 14-12. They carried a 22-20 lead into halftime. The game was tied at 38 apiece at the end of the third quarter. Locust Fork pulled away in the fourth to finish with the 10-point victory.

Up next for the Hornets is an area matchup at home Friday, Jan. 7, against West End. The girls tip off at 7 p.m. and boys at 8 p.m. The Eagles host Holy Family Catholic Friday evening. Girls play at 6:15 p.m. with boys tipping off at 7:30. Oneonta Christmas Classic

The Redskins brought back their holiday showcase featuring Oneonta and Decatur in the first game. Senior Wil Robertson led the Redskins with 17 points in their 74-71 win. He went 4-for-4 from the three-point line.

Up next for the Redskins was Tennessee’s Bradley Central. It took overtime to determine a winner, but Bradley Central came out on top 87-82. Colin Swindle had a career best with 29 points.

“I’m extremely proud of our guys,” head coach Jason Parrish said. “We faced a very talented and athletic Decatur team and found a way to get the win.

“Tough loss in OT to 6A Bradley Central. Our guys battled every step of the way. I’m so excited to see how good this team is going to end up being!”

Oneonta started the new year with an 84-64 win at Southeastern Monday night. The Mustangs came out strong, ending the first period up 22-17. The Redskins added 19 in the second period and held the Mustangs to eight, giving Oneonta a 36-30 advantage at the half. Oneonta added 29 in the third and 19 in the final quarter to pull away for good.

The Redskins travel to Curry Friday. The Lady Redskins play at 5 p.m. with the boys starting at 6:30 p.m. Southeastern goes to Jefferson Christian Thursday. Girls tip off at 5:30 p.m. and boys at 7 p.m.