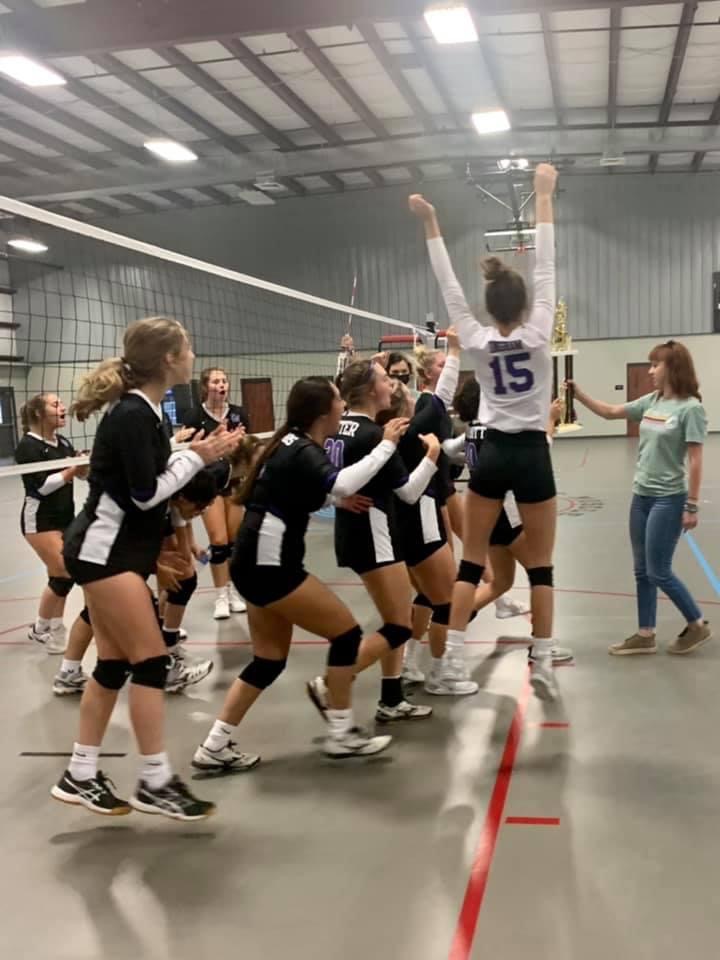 Before Saturday afternoon, the Susan Moore Lady Bulldogs had flown under the radar as they had four of their first five matches. The one loss came on the road against 3A’s sixth-ranked Fyffe, and the Bulldogs took that one to a third set after winning the first set 25-20. Fyffe won the second 25-20 and took the match with a 15-13 win in the final set.

At the time, coach Adam Wilson said, “I could not be more proud of this group. Sometimes you play your tail off and come up just short. This was one of those times. There was some high quality volleyball in this match. We will be better for it. On to the next one!”

The next ones were 2-0 wins over Southeastern and Locust Fork a couple of days later. Then last week, in their first home match of the season, Susan Moore topped Southeastern 2-0 again before beating the 5A No. 8 Hayden Wildcats 2-0.

But the girls were just getting started. Saturday they traveled to Muscle Shoals for the First Metro Tournament where they’d be facing the likes of 3A No. 9 Carbon Hill, 1A No. 6 Covenant Christian, Cherokee, Hackleburg, and Lauderdale County in the 1A-3A division.

“We knew it would be great competition,” Wilson said. “We need to face that level of competition to prepare for the post season.”

The Lady Bulldogs opened up the tournament with a 2-0 win over Carbon Hill. Next, they beat Cherokee in two sets before falling 1-2 to Lauderdale County. They rebounded with a 2-0 win over Hackleburg earning a berth in bracket play where they faced Covenant Christian. Their 2-0 win against Covenant put them in the championship with a rematch against Carbon Hill. The Lady Bulldogs beat Carbon Hill in three sets to claim the title.

“It’s great to be a Susan Moore Bulldog,” Wilson said. “What a great day for our program. We beat Carbon Hill in a fantastic three-set match in the championship. So proud of these girls for their determination to be the best they can be. It’s not always perfect, but it’s always all they’ve got to give.”