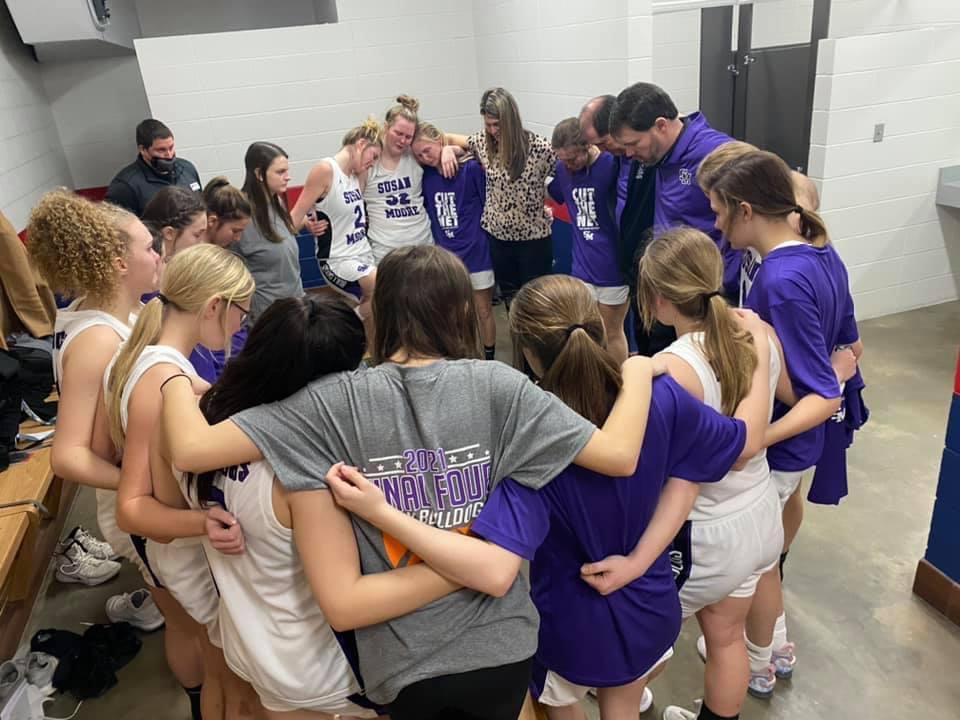 While Susan Moore’s historic season ended one game too soon, the Lady Bulldogs finished the 2020-2021 season 31-3, reached many goals, and accomplished many firsts.

One of those goals was to win the regional championship. They accomplished that last Wednesday with a 63-54 win over Lauderdale County. Senior Hallie Holmes scored 20 points to lead the team. She led the team in rebounds with five, and she was perfect from the free-throw line going 5-for-5. 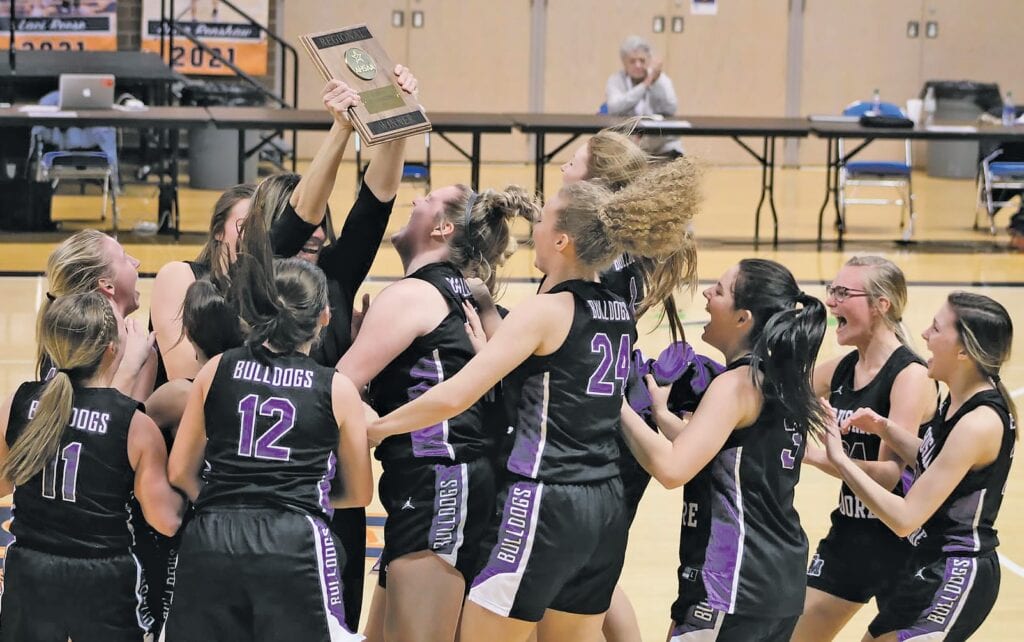 The Lady Bulldogs were the Northwest Regional Champions, 3A Area 13 Champions, and Blount County Champions. And they were headed to the Final Four – the first team in school history to make a final four appearance.

Monday morning, the Lady Bulldogs took the court at Bill Harris Arena in the Class 3A semifinal against Prattville Christian. The Lady Panthers won 70-56, but the Lady Bulldogs launched a fierce comeback late in the game.

Trailing by 14 with three minutes to go in the game, the Lady Bulldogs ramped up the pressure, forced a few turnovers, and cut the lead to five with less than two minutes to go. But the Lady Panthers began to pull away again hitting nine of their last 10 free throws in the last minute of the game. 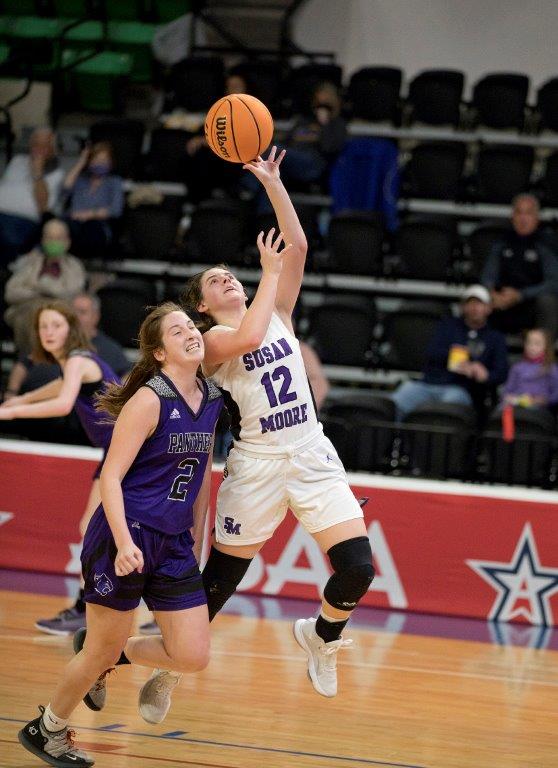 “What a game,” PCA coach Jason Roberson said in the post-game press conference. “I really applaud Susan Moore. Those girls never gave up. They’re 31-3 for a reason.”’

Holmes, while she never found her groove from the perimeter, was a perfect 8-for-8 from the free-throw line. She finished the game with 25 points. Madison Lipscomb added nine points before fouling out.

Following the game, coach Natasha Smallwood shared her thoughts: “I want to say thank you to everyone who came out to watch the game today and to the ones who listened or watched the game at home. It means so much having that support from our family, friends, schools, and community. The outpouring of texts, phone calls, donations, and your love have been greatly appreciated and sometimes left me speechless! 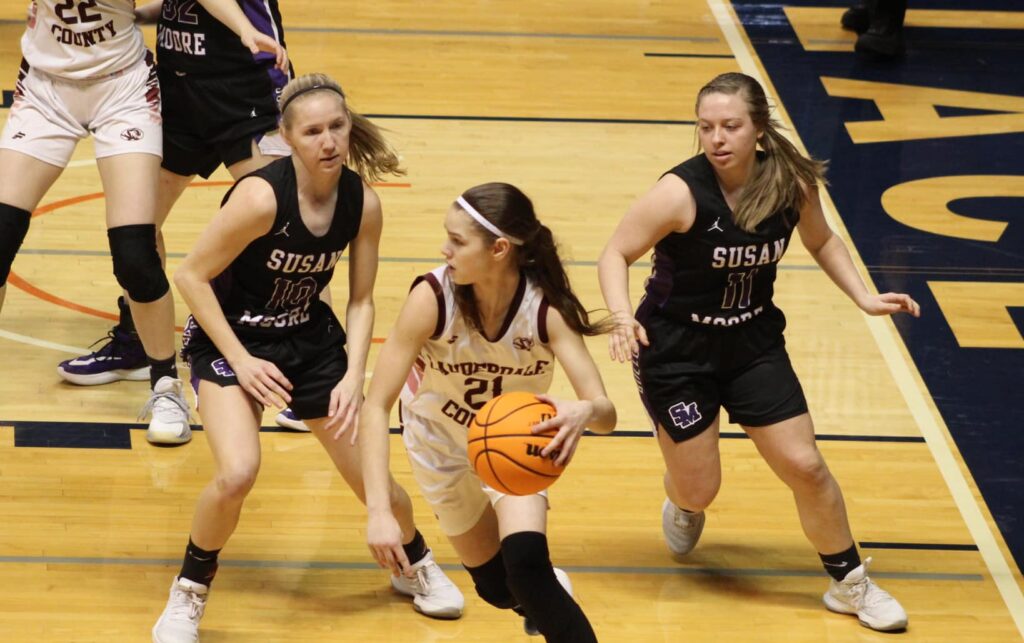 “Hallie and Madison, you two will be missed by so many. You both were great leaders for this team and you have continued setting a high standard of excellence for the underclassmen on and off the court. You both will be very successful and know that anything you ever need I will always be here for you.

“Team and coaches, I want to tell you all how proud I am of you! I know we all hate to lose, especially when it was just one away from the BIG game, but unfortunately it wasn’t in God’s plan for that to happen this year. You girls accomplished so many goals and more firsts this year than we ever have in our program: county championship, area championship, NW regional championship (first time ever), Final Four (first time ever), continued the year with a 41 home game winning streak (hoping to continue this next year), got a 30 win season (first time ever), finished the season 31-3.

“The friendships you have with each other, the bonds you’ve made, the new memories you now have with each other, that’s what will go with you a lifetime. Savor them and always remember them. Always know that your hard work and dedication to this team paid off big. The loss at the end of this amazing season doesn’t define who you are nor do all the wins. What’s inside of us, who lives inside of us, the character you have is what defines you! The circle you see is FAMILY and I will always treasure that.”