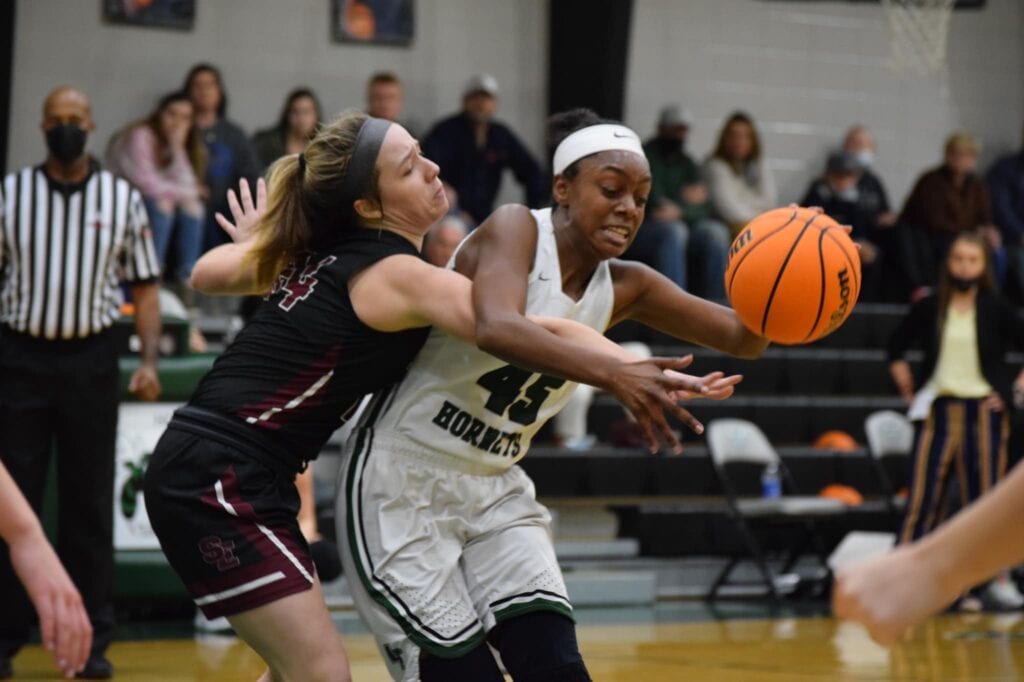 The Lady Wildcats got their post season underway Feb. 9 against Cordova in the 5A Area 12 Tournament and coasted to a 68-30 win to set up the championship game against Center Point Friday. Hayden raced out to a 29-3 lead behind Lindsey Smith’s 15 points. Smith connected on three 3-pointers, along with three field goals. Smith played sparingly the rest of the game and ended with a game-high 17. The Lady Wildcats carried a 46-16 lead into intermission. They cruised in the second half extending the lead on their way to a 38-point win.

Other Wildcats in double figures were Becca Benton who had 13, all coming in the first three quarters. Skylar Lassiter added 10. Hayden had nine players to score: Mallie Williams added 7; Falicity Duke had 6; Ansley Armstrong had 5; Ramie Reid had 4; Miah Simmons had 3; and Carrie McCullar had 2.

Friday night, the Center Point Lady Eagles came to Hayden. The game stayed close throughout the first half with the Wildcats holding on to a 24-23 lead heading into intermission. In the second half, the Lady Wildcats outscored the Lady Eagles 32-15 as they went on to win the championship 56-38. Reid led all scorers with 23. Smith added 14. Hayden hosts Wenonah in Sub Regional play at 5 p.m. today, Feb. 17. 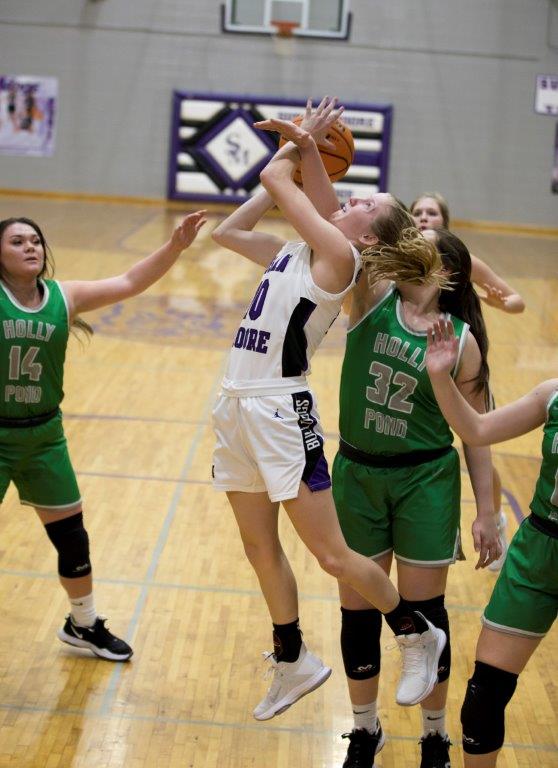 Susan Moore came into the area tournament undefeated in area play and 26-2 overall. The Lady Bulldogs’ impressive season continued as they knocked off Holly Pond 65-48 to claim the 3A Area 13 Championship. It was also a special night for Madison Lipscomb who pulled down her 1,000th rebound and Hallie Holmes who scored her 2,000th career point. The Lady Bulldogs host Carbon Hill at 5 p.m. today, Feb. 17, in Sub Regional play.

On the other side of the county, Locust Fork hosted county rival Southeastern in the 2A Area 11 championship. The Lady Hornets took control early and took the title 55-39.

They hosted Altamont in their Sub Regional game Monday falling 36-52. Poor field goal percentage along with 11 missed free throws throughout the game hurt the Lady Hornets. There is a lot of promise for upcoming years as this team is young.

Southeastern traveled to Midfield for their Sub Region game Monday. They fell to the Lady Patriots 27-64.

The Oneonta Lady Redskins also came up short in the Class 4A Area 11 championship. Good Hope took the title with a 40-29 victory over the Lady Redskins. Hamilton hosts Oneonta at 5 p.m. today, Feb. 17, in Sub Regional play.

Updates from all Sub Regional and Regional action will be posted on the website, www.blountcountian.com. The threat of inclement weather has resulted in changes to some playoff schedules. We will update dates and times online as they become available.