Lady Bulldogs back on top 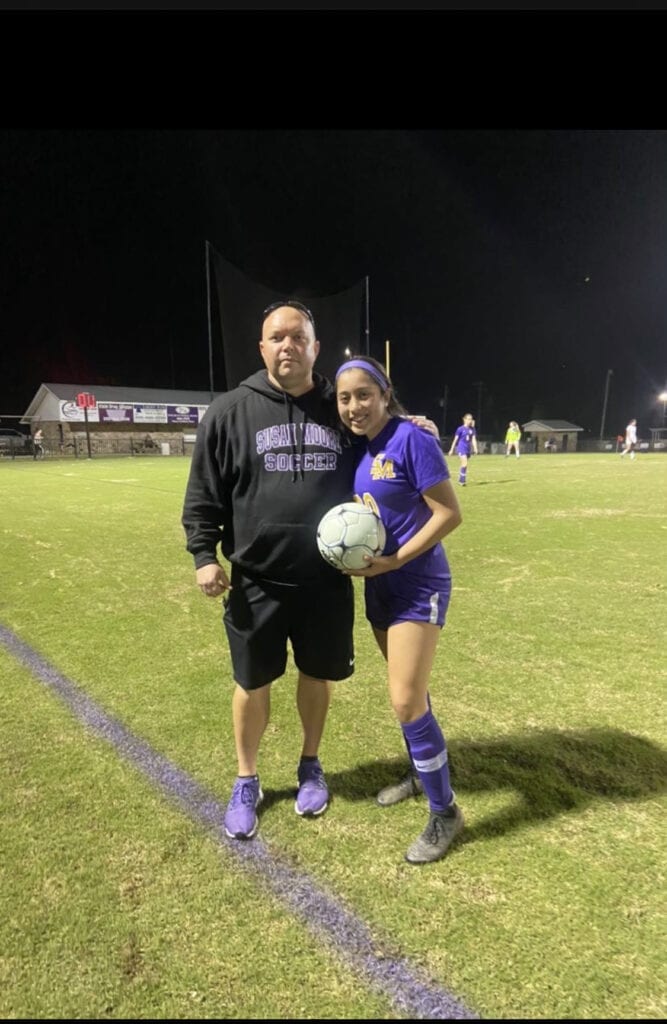 Kristy Cervantes broke the AHSAA all-time assist record with her 41st during the Lady Bulldogs’ 7-2 win over Sylvania March 30. -courtesy of Nick Butts

The Susan Moore Lady Bulldogs maintained their No. 2 spot in the 1A-3A coach’s poll last week with the boys finishing the week ranked 10th. The 11-1 Oneonta Redskins made their way into the 4A-5A poll ranked No. 14. The boys only loss came in the second game of the season when they fell 0-2 to 6A Cullman. The Lady Bulldogs, at 17-1, sit at No. 15 in the Girls “Super Poll.”

With two big region wins over the last week, the girls should retake their top ranking. Last week, the girls took care of business with an 8-2 win over Sylvania. Kristy Cervantes broke the AHSAA all-time assist record with her 41st assist, which went to Claire Perkins.

Perkins scored six goals in the game with one assist from Cervantes, two from Briley Dutton, and two from Claribel Robles. She scored one unassisted on a steal. Dutton added two goals with one assists from Angela Hernandez and Cervantes.

“I’m super excited for Claire and Kristy to be able to work together and break records this year,” head coach Nick Butts said. “Kristy and I had it all planned out before the game that if she broke the assist record that she would run and grab the ball out of the net. I wanted her to have that ball. Special moments being made by special people.”

On Monday night, the Lady Bulldogs avenged their only loss of the season with a 3-0 shutout of No. 1-ranked Glencoe. Perkins had one assist to Robels for the first goal. Dutton assisted Perkins for goal number two. JoAnna Saenz had one assist to Perkins for goal number three. Those two goals gave Perkins 80 for the season. She needs six more to break the state record for goals scored in one season.

“I thought we played slow the first half of the game; we made minor adjustments at the half. In the second half, we played fast and made some great passes to open up some shots on goal. Overall this was a team effort and it put us in a great position as we get closer to the playoffs. I think what’s so exciting about this team is that we believe in each other. We have one goal in mind and that’s to get the job done,” Butts said.

Susan Moore’s boys got two big wins defeating Sylvania 3-2 and topping Glencoe 7-1. They are now 5-1 in region play. They face Hokes Bluff at 7:30 p.m. tonight in another region matchup.

Oneonta’s boys improved to 10-1 with shut outs of Douglas and Etowah last week. They beat Douglas 3-0 in a non-region match up and scored nine against Etowah to stay undefeated in region play.

The Lady Redskins beat both Douglas and Etowah last week as well. The final at Douglas was 4-1. Two days later they beat the Blue Devils 10-0. Oneonta is now 4-1 in region play placing them in second just behind Westbrook Christian. The two wins move them to 6-5. Both teams travel to Westbrook Christian tomorrow. The girls start at 5 p.m. and the boys 7 p.m.