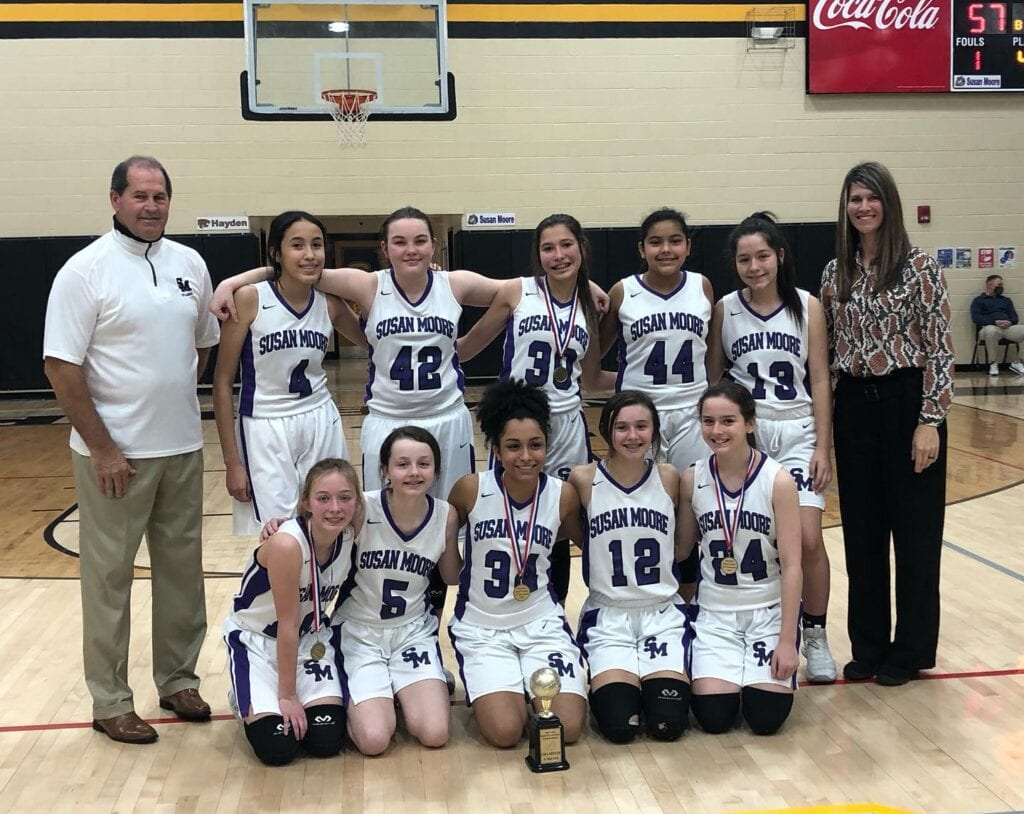 Susan Moore faced the Hayden Wildcats in the girls’ championship game at Cleveland. Hayden took the early lead, but the Lady Bulldogs’ 11-0 run to start the second quarter changed the momentum. Susan Moore went into halftime with a 31- 18 lead. The Lady Bulldogs continued to pull away in the second half for a decisive 57-30 victory.

J.B. Pennington hosted the boys’ championship featuring the Appalachian Eagles and Hayden Wildcats. Hayden started strong, but the Eagles kept it close. The Wildcats went into halftime with a two-point 20-18 advantage. The Eagles came out of the break with a 7-0 run giving them a 25-20 lead heading into the final quarter. They held on for a 36-28 final.