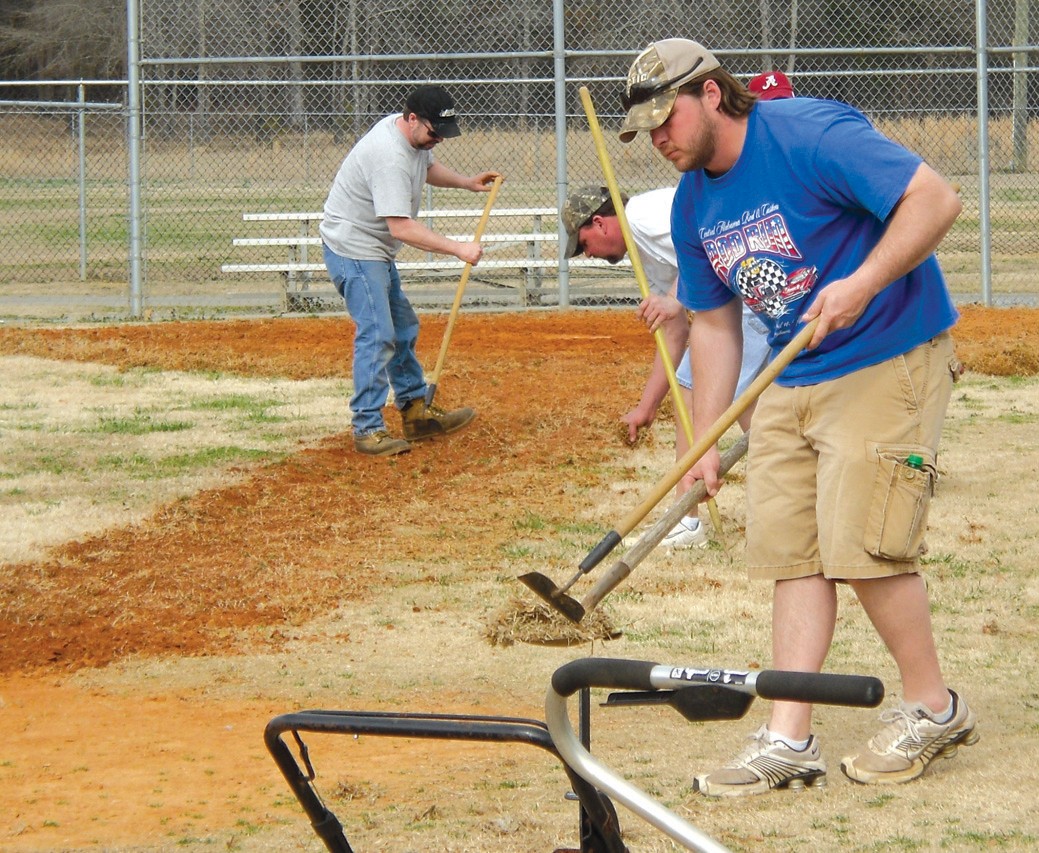 Positive things happening at Cleveland’s Saturday workday in the park: painting the concesssion stand, installing a new refrigerator, putting up a safety fence at one field, and installing crossties at another, painting bathrooms, replacing the stairs on the big concession stand, and putting a group to work sprucing up the ball fields. Can’t show it all in one photo; imagine an anthill of activity spread out all over the park.

The Cleveland town council met at the regular, scheduled time last Thursday night, but adjourned from lack of a quorum after waiting about 30 minutes for enough members to appear to transact the town’s business.

Absent from the meeting were council members Mike Evans, Kandy Little, and David Grigsby. Mayor Jerry Jones and council members Doug Hill and Glenn Puckett were present at the meeting. Jones said only Grigsby had notified him by phone that he would be unable to attend.

Jones said the council has several urgent matters requiring a quorum to do the town’s business. One of the most critical is the need for the council to approve establishing a special account to receive a $25,000 grant. The money is to be used to purchase three new cameras and a new system to transmit information used to check driver’s licenses on line. If the council fails to act to set up the special account required by the grant deadline, the money could be lost, Jones said. The matter was on the agenda for action last Thursday, but had to be postponed from lack of a quorum.

Jones said the council had been hampered in its ability to do business on three or four occasions since December because of absenteeism on the part of council members. The council meets every other week, on the first and third Thursday nights of the month.

“It’s a crying shame we have so many positive things ready to happen to help the town advance, and we have these people who won’t show up to express themselves about it,” said councilman Doug Hill.

Jones also commented on the difficulty the council is experiencing. “I don’t want to cause a big problem over people missing a meeting here and there, but we need them to care about representing the town and care enough about what’s going on to show up consistently,” he said.