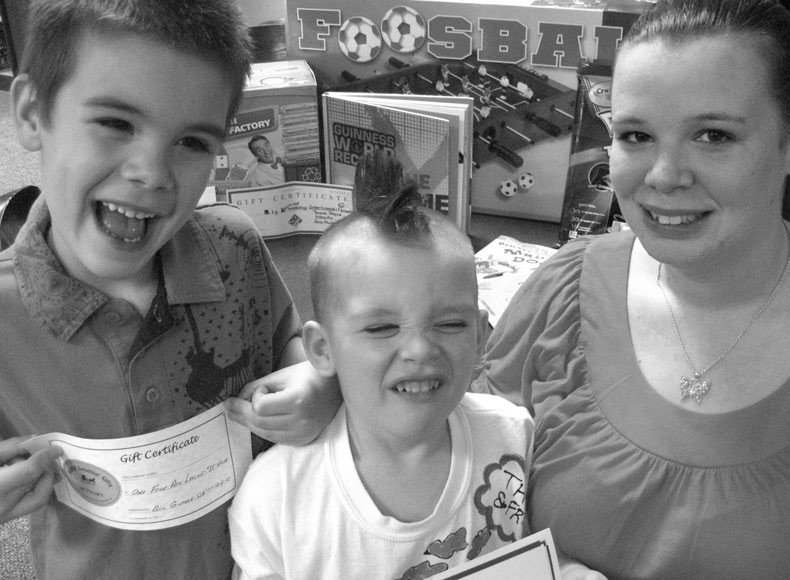 Ethan Howard, 4, (with the Mohawk) won the grand prize in Oneonta Public Library’s drawing following the summer reading program this year. Some of his winnings are shown in the background and include a $50 savings bond from HomeTown Bank, a family meal deal from Domino’s, a free art lesson from Stuffin’ Something Gifts, some gadgets from Walmart, and a table top foosball game from Dollar General. There was so much loot, brother Charlie got into the act displaying it. Accompanying the brothers is mother Alicia Howard. 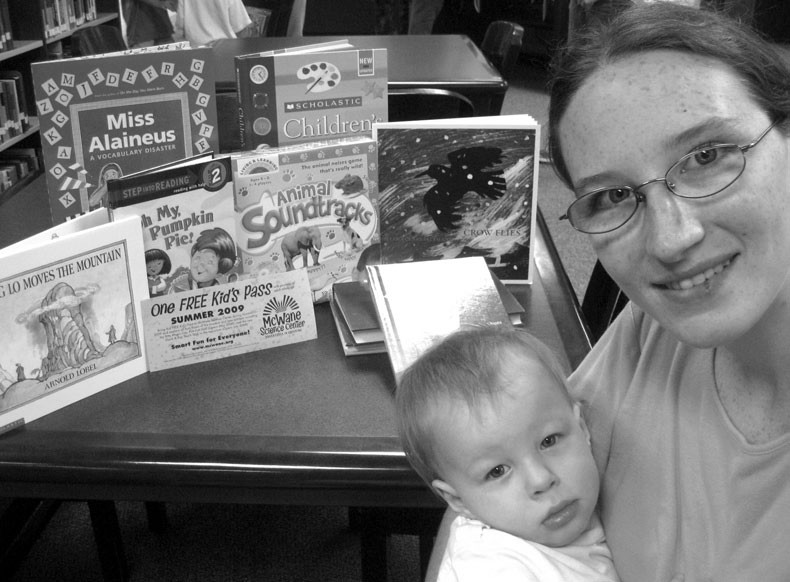 James Self, 2, won the first prize in the summer reading program drawing. The prize ensemble included a $25 gift certificate from J&M Pharmacy, an animal sounds board game, a pass to McWane Science Center, and the books displayed on the table behind him and his mother, Nicole Shaw. Other prize winners not shown collected bags of books in drawings throughout the summer. Those winners were Austin Bullard, Christa Seaton, Riley McGill, Hannah Staton, Savannah Patterson, and Heath Glasscock.