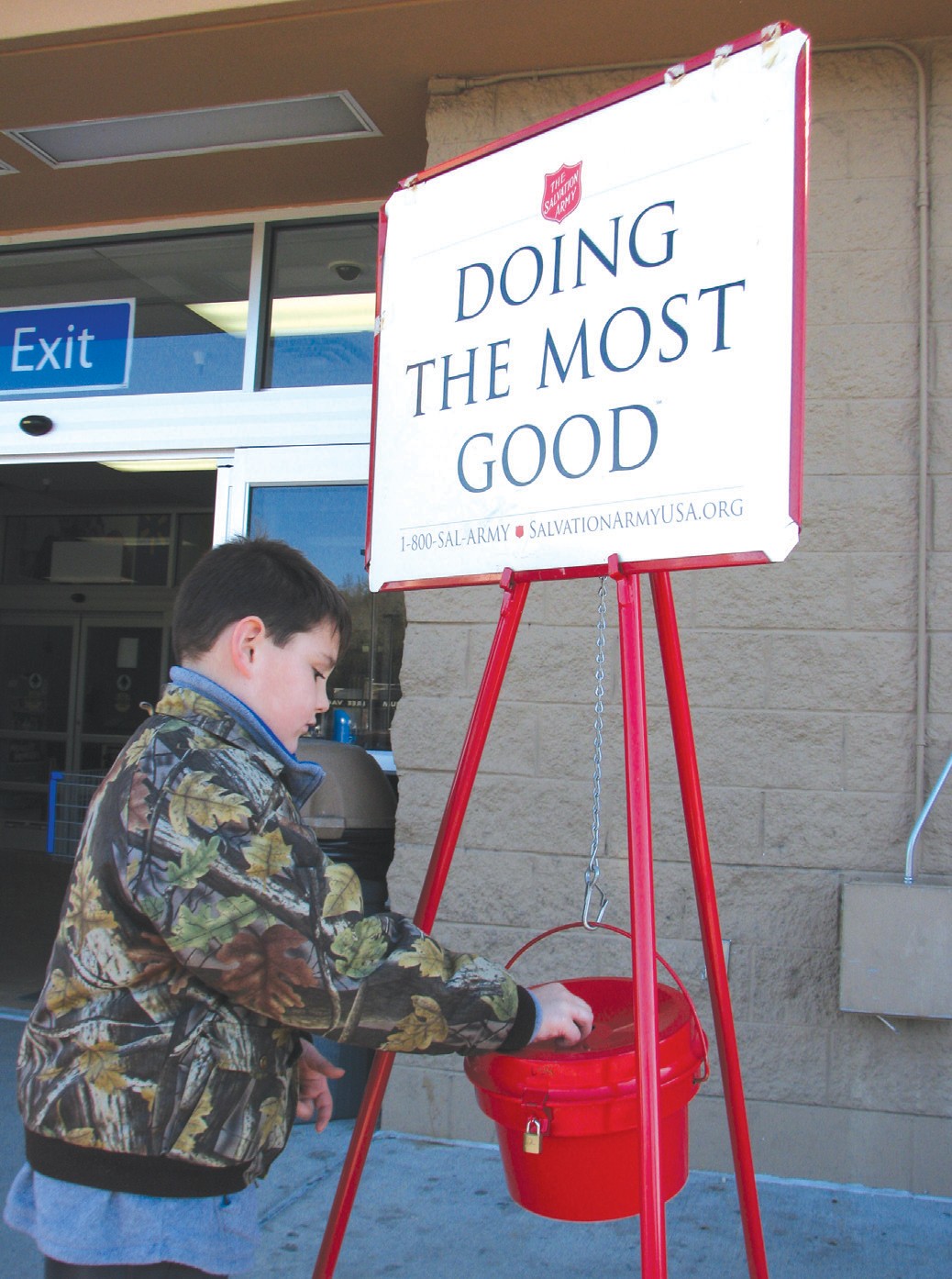 Logan Branham, age 6, of Cleveland, adds to the collection in the Salvation Army’s Kettle Drive.

From the moment you open the door to your vehicle their presence is evident. That familiar sound can only mean one thing – the bell ringers are back.

Off and on since 2006, Aleathea “Scooter” Mitchell has stood out in the cold weather during the Christmas season ringing her bell and collecting money for the Salvation Army.

“The Good Lord puts a calling in your life,” she says. “This is mine.”

Mitchell is a bell ringer at Walmart in Oneonta but she is not alone. She is joined by others, including first-year participant Sabrena Gilliland.

“This is probably the coldest day we’ve had so far,” she says. “But, it’s worth it.”

As people enter and exit the store’s doors, Gilliland greets them with a “Good morning!” or “How are you doing?” She periodically asks if they would like to donate to the Salvation Army. A few ignore her, which doesn’t seem to faze Gilliland at all, but some stop in their tracks, rummage through their pockets or purse, give a dollar or a few cents, smile, and within a few seconds are on their way.

“Lots of people give who don’t have the money to do so,” Gilliland says. “Seeing that and doing this gives you a warm feeling, no matter how cold it is outside.”

“It began to help the poor in San Francisco, but more than 100 years later, the kettle drive helps the poor in so many places,” Sizemore says. “All money donated goes directly to the Salvation Army and assists those in need with food, clothing, programs, and whatever help we can provide to the needy throughout the year.”

Sizemore says all money donated at Blount County Kettle Drive locations goes to the Oneonta thrift store and is then distributed throughout the county.