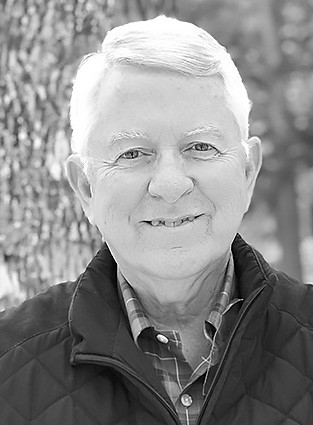 The fifth son of the late Rufus Monroe Phillips and the late Lydia Belle (Robbins) Phillips, Ken grew up in Tait’s Gap and then Oneonta. The Oneonta High School Class of 1966 voted him “Most Dependable,” foreshadowing a lifetime of commitment and service.

He married Karen (Nash) Phillips in 1972 and the two settled in Birmingham, where they raised two children before returning to Oneonta.

Ken worked his way through college by changing tires at the B.F. Goodrich in downtown Birmingham. He moved into sales and management after earning a bachelor’s degree in business administration at UAB. He ultimately worked at the store for more than 45 years, through multiple ownership and location changes. Ken established a strong reputation in the southeastern tire industry, even serving as president of the Alabama Tire Dealers Association.

While Ken was a “tireless” worker (and lover of puns), family was his priority. He never missed a sports practice or school event and interrupted countless customer conversations to take calls from his wife and children, even when they insisted it wasn’t urgent. He demonstrated unconditional acceptance of, support for, and pride in his children as they undertook their own life journeys.

He also loved spending time with extended family and friends, whether working the room at reunions, grilling burgers, helping with moves and home improvement projects, watching Alabama football, vacationing in the Smokies, or just meeting up for lunch.

Beyond his family circle, Ken was a trusted advisor, mentor, and friend to many—always ready to listen, quick to laugh, slow to judge, and unafraid to weep or tell you what you meant to him.

A committed Christian, Ken was a servant leader in his church communities: Roebuck Park Baptist in Birmingham and, more recently, the First Baptist

Church of Oneonta. He was a proud citizen of Oneonta, where he chaired the Zoning Board of Adjustment at the time of his death.

He is survived by his wife of 49 years Karen (Nash) Phillips of Oneonta; daughter Braden (Aaron) Welborn of Chapel Hill, NC; son Kevin Phillips of Birmingham; grandchildren Lydia and Oliver Welborn; siblings Larry (Vernell) Phillips, Bruce Phillips, and Kay (Bob) Gordon; a host of nieces and nephews; and many outside the Phillips family who considered him close kin. He was preceded in death by his parents and his brothers Willard Phillips, Harold Phillips, and Steve Phillips.