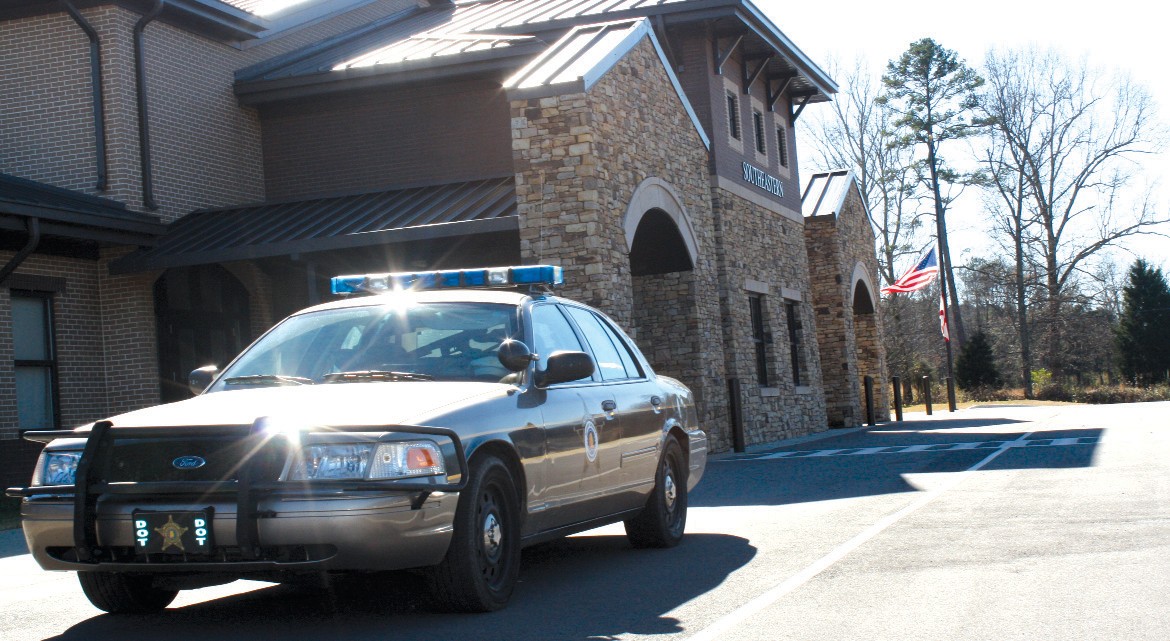 Last Friday, Sandy Hook Elementary students stepped out of yellow buses, walked through school doors, answered roll call, and began their morning lessons. A morning ritual similar to any school in the country – including schools in Blount County.

“I don’t think there was a school system in the country that wasn’t affected by this,” said Craig Sosebee, federal programs coordinator for Blount County Schools. “It took away a sense of safety. It can happen any where at any time”

Tragedies of this magnitude tend to bring up feelings of vulnerability and the realization that no one is immune to events such as this, but Blount County Schools are taking every precaution to ensure this doesn’t take place here.

“Keeping safety at the forefront is a priority,” Sosebee said. “We may get preoccupied with other initiatives, but safety always needs to be an undercurrent in everything we do.”

In 2005, a district plan for the 15 Blount County schools was developed, and an advisory committee meets every year for re-evaluation of those plans.

Already, the schools are taking precautions such as requiring visitors to sign in at the office and mandating that employees wear name badges, but Supt. Jim Carr says after the Connecticut shooting he and other members involved in school safety committees across the county will be looking into stronger security options they can provide to the students.

“One of the possibilities we have is implementing a buzzer system at our entrance doors,” Carr said. “That’s the primary thing we are going to look into to assure even more security at our schools’ entrances.”

The buzzer system would be an intercom between the visitor and the office. All outside school doors would be locked leaving one entrance, the controlled access point, with a buzzer that would alert the office that a visitor is present. Office personnel would then be able to speak to all visitors before they enter the school.

Sosebee admits this option may be hard to implement in every school, but it is definitely being discussed.

Another step to warrant safety in our schools is improving or installing surveillance systems, says Sosebee. Not every school has them, and Sosebee is looking to change that now by applying for available Homeland Security grants for additional funding.

A pre-scheduled Homeland Security meeting at the Emergency Operation Center in the Blount County Courthouse on Monday was initially scheduled to discuss a range of topics, but after Friday’s events, the discussion centered on school safety.

Rep. Paul DeMarco, chairman of the legislative oversight committee for Homeland Security, said he had received numerous phones calls from concerned citizens insisting on knowing what the State of Alabama was doing to prevent school shootings.

“Training is part of the preventative aspect,” he said.

John Schremser, public information officer with the Alabama Department of Homeland Security, was on hand to discuss some of those training programs including ALERT, a program that instructs law enforcement how to deal with active shooters. Three Blount County Sheriff’s Department officers are certified instructors in the program.

However, a new program, scheduled to begin at the end of January, has been expedited in light of the recent shootings. “Run, Hide, Fight” is the civilian equivalent of ALERT. The program will begin in January and will teach businesses, schools, and others what to do if they are threatened by an active shooter. No word has been given on how long the classes will last or on the cost, but Schremser believes a grant will be used to make the classes free.

“We want everyone to be engaged with this,” he said.

The program allows first responders to connect to a school’s cameras to provide a live look inside the building.

“We lead the nation in this program,” Schremser said. “Other states are following in our path.”

Blount County has its own passwords, and only emergency agencies can access the information on the schools.

“It’s basically like Google maps with layers of resources,” Sosebee said. “It can show you where the shutoff valves are, where the students in each wing of the school will be located if there is an emergency, and soon it will include which procedures should be taken during each emergency.”

Sosebee says he believes the most vital part of Blount County Schools’ safety is the school resource officer (SROs).

“School resource officers are one of the most valuable resources to a school system,” he said. “We don’t know what them simply being present has deterred.”

Carr praised the citizens of Blount County for voting to pass a tax three years ago that helped keep SROs in the schools. Some school systems in the nation lost their SROs after the “Cops in School” grant ran out. However, Blount County moved forward and chose to continue funding the program.

“I’m so pleased with the program,” he said. “I would hate to be without this resource. It brings an element of security to the administration, teachers, students, and community. It is a chief ingredient to providing a safe environment for our children.”

Nine SROs are certified in Blount County with two at Hayden and one at every other campus, according to Lieutenant Russ Claburn, supervisor of the program. Not only are the SROs present during school hours, but they also attend extra-curricular activities.

“We are trained in active shooters, basic emergency medical services, lockdown procedures, and law enforcement basics,” he said. “We monitor traffic, whether that be vehicle or foot traffic, and we work with the school in any criminal matters.”

After the events at Sandy Hook, Claburn says his deputies have learned to be more aware of their surroundings and to remain alert about not only what is inside the building but also what is outside on the campus.

Since every SRO is part of the Blount County Sheriff’s Department, they are armed at all times during school hours.

During an active shooting, Blount County schools wouldn’t have to wait for police to arrive, the SRO would be the first to respond.

However, Sosebee says simply seeing an armed officer or a police vehicle on campus is preventative and should provide a sense of safety for the school.

“I wouldn’t want to be in a school and they not be there,” he said. “We appreciate the community getting behind this.”

In the coming months, Blount County Schools will be re-evaluating every aspect of their security plan to best guard against the kind of tragedy that took place at Sandy Hook Elementary.

“Our number one priority is the safety of our children,” Carr said. “We have had an emergency plan in place for a long time, but in light of what happened last Friday in Connecticut, that tells us we need to look at it again and constantly reevaluate it. We need to improve on what we already have in place.”