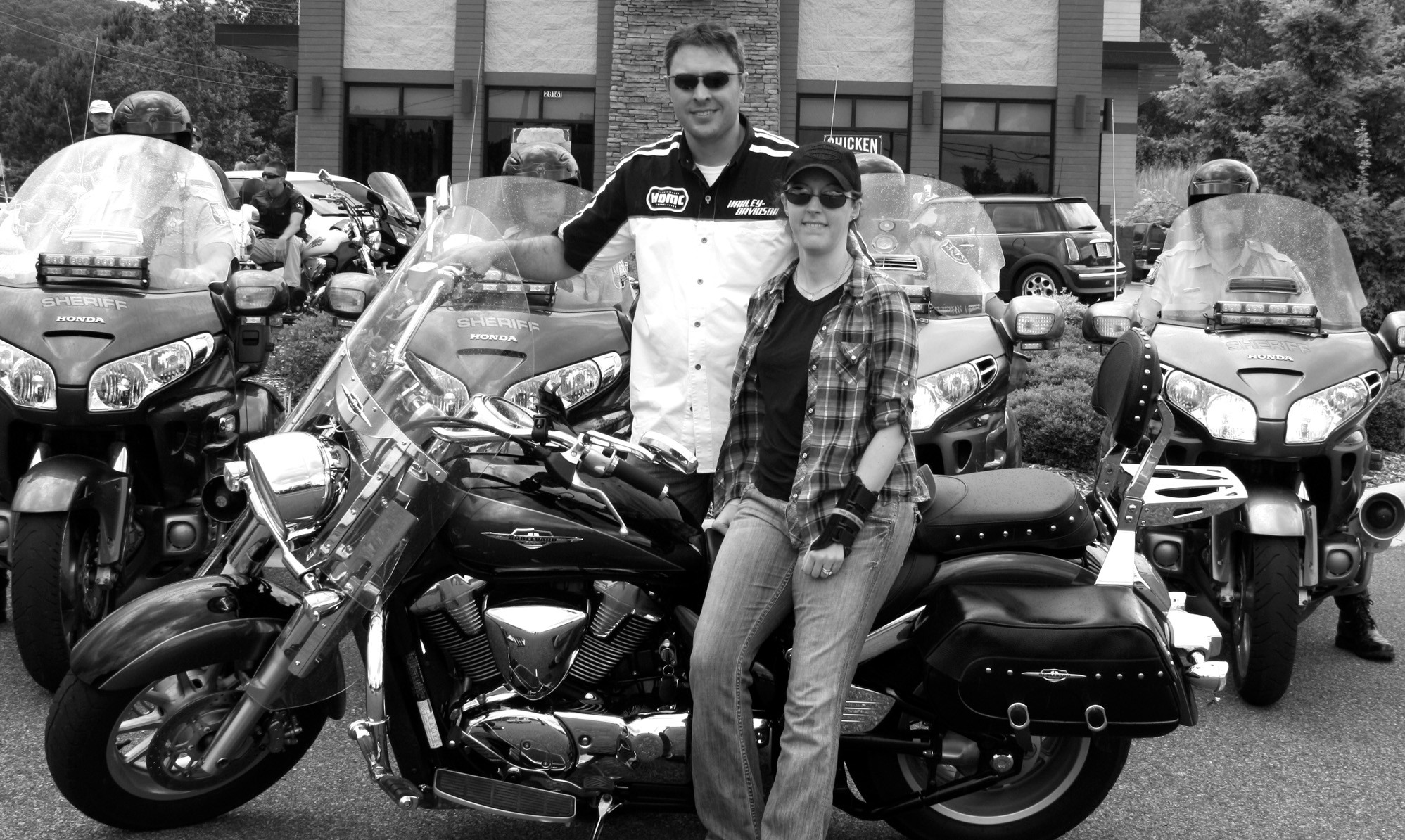 This year, the Jennifer’s Ride participants were escorted by four Jefferson County Sheriff’s Department employees. In addition to the officers, pictured are ABC 33/40 morning meteorologist Charles Daniel and his sister, Jennifer Thompson.

“We are very thankful to the Jefferson County Sheriff’s Department for spending their time with us,” said ABC 33/40 morning meteorologist Charles Daniel.

Daniel began the ride in honor of his sister, Jennifer Thompson, who suffers from centronuclear myopathy, a rare and untreatable type of Muscular Dystrophy.

According to Muscular Dystrophy USA, most children with centronuclear myopathy do not live past the age of 9 or 10, and adult females do not typically live past their late 20s. However, Thompson is now 31 years old and happily married.

“I’m just looking for this ride to get bigger and better every year,” Thompson said.

Although she doesn’t ride a motorcycle, Thompson rode along with her husband, Nick, in a Mini Cooper.

“It was always my hope that I could honor Jennifer and her journey in some small way and that is how Jennifer’s ride was born,” Daniel said in a press release. “I hope this year we’ll raise more money to provide critical funds the Muscular Dystrophy Association can use to eradicate all kinds of MD for good.”

“This event is special for a couple of reasons,” Thompson said in a press release. “Jennifer’s Ride helps raise money for MDA, which helps with research and helps patients get wheelchairs, braces, and other equipment they need. They do so many wonderful things and help support not only the muscular dystrophy patients, but also their families.”

The riders trek began at Big #1 Motorsports in Birmingham and headed to Jack’s Restaurants along the way in Ashville, Oneonta, and Lincoln before the riders had lunch at “Jack’s on the River” in Gadsden and celebrated with an after-party open to the public at Heart of Dixie Harley Davidson in Pelham.

Jack’s Restaurants not only sponsors Jennifer’s Ride, but the restaurant also supports MDA with Shamrocks Against Dystrophy campaign, which the company has participated in for 15 years now, and last year raised more than $119,000.

“We are proud to support the Greater Alabama Muscular Dystrophy