No one has to call her “Sally” anymore.

Finally, after three years of searching, the 68-year-old can once again be addressed by her real name, Edith Allen.

On Monday, Cathy Jean Thomas, 59, of Douglasville, Ga., was taken into custody by the Douglas County Sheriff’s Office on a charge of identity theft, according to Blount County District Attorney Pamela Casey who arrived in Georgia with a warrant from Blount County for Thomas.

On Tuesday morning, Thomas appeared before a magistrate, waived her extradition to Alabama, and will be in custody at the Blount County Correctional Facility on a $50,000 cash bond, Casey said.

During the three years Allen remained unidentified, Thomas received $25,000 in Allen’s social security benefits, according to Casey. In addition, because with no identity Allen couldn’t qualify for Medicaid or state benefits, most doctors treated her for free and necessities such as clothing were provided by social services. The expenses from doctors, nursing homes, and other medical facilities for Allen ultimately cost an estimated $200,000, according to Casey. 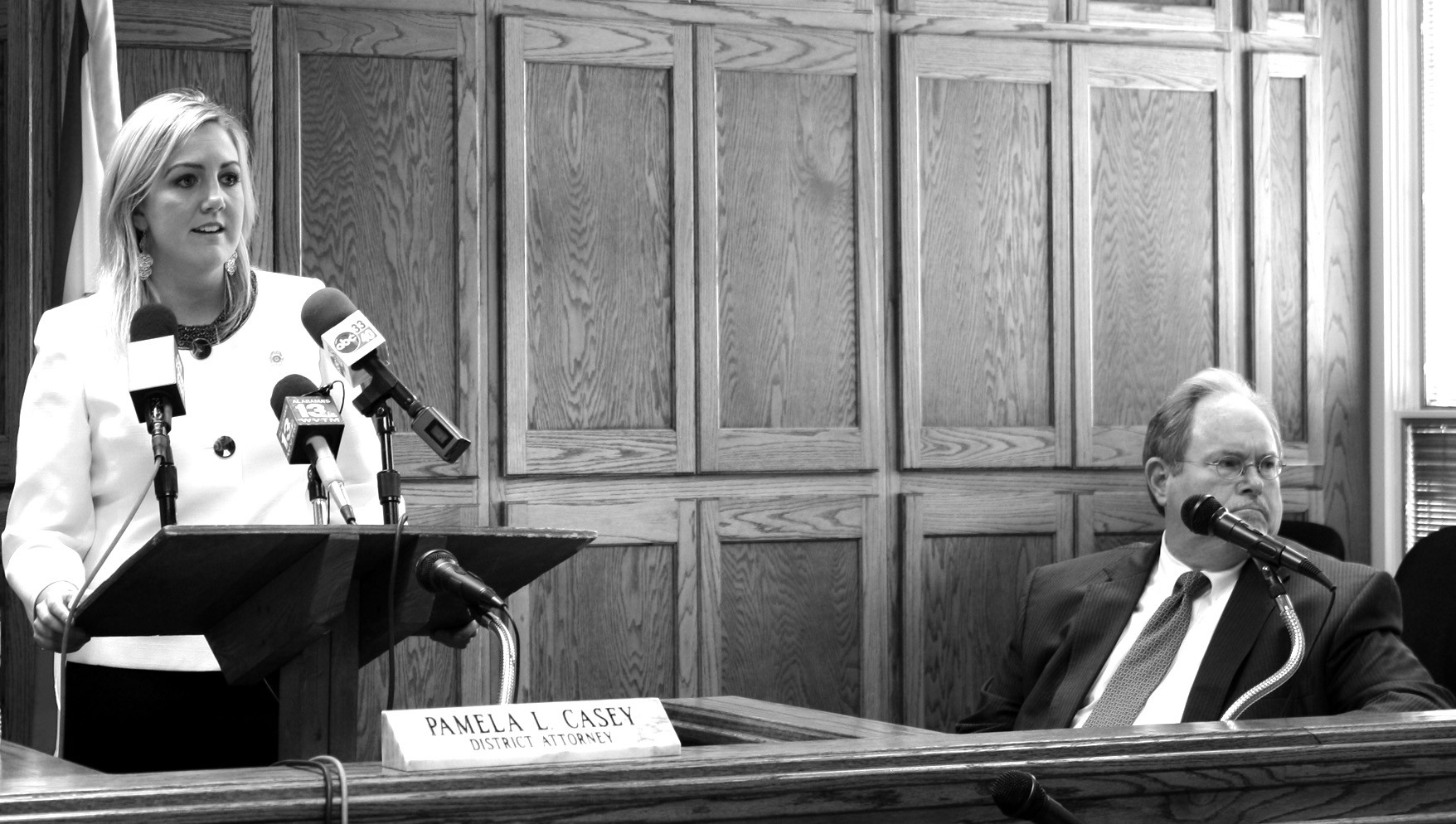 Thomas is also on probation in Georgia for identity theft involving one of her family members, Casey said. Abandoned and alone

In August 2010, Allen was found in the waiting area of St. Vincent’s East Hospital wearing a hospital gown, an adult diaper, and slipper socks. In what appeared to be an attempt to disguise her identity, her dyed dark hair was cut in a man’s style and she was wearing glasses. CONTINUED FROM FRONT PAGE Security tapes at the hospital provided no clues and no witnesses came forward.

After an examination, Allen was found to be malnourished, dehydrated, suffered from a choking danger, and had a urinary tract infection.

With no identification and the inability to speak, the only clue to Allen’s identity at the time was her dentures which contained the inscription oo E. Allen.

She became fondly known by the nursing staff as Jane “Sally” Doe.

In October 2010, an examiner with the Alabama Department of Mental Health evaluated “Sally” and deemed she appeared to be functioning in the ‘severe to profound’ range of mental retardation, and by the end of October, those taking care of “Sally” started to look for longer-term options.

That’s when Allen was brought to an Oneonta-based nursing home where caretakers made many attempts to identify her while she remained there for a year.

One of the key elements in identifying Allen was a piece of paper she was asked to write her name on while she was a resident at the nursing home. Multiple times on the page Allen wrote the letters that would come to be known as her signature, but no connection was made.

Then, four weeks ago, a tip was received that led to a document Allen signed during her time at an adult day care facility in Georgia. Scribbled on the page was the same signature.

“It’s heartbreaking,” Casey said. “When they were asking her to write her name she didn’t understand why they couldn’t identify her. She was probably asking herself, ‘This is my name, why don’t you understand?’”

Allen was also identified by medical records and a picture from the adult day care. Piecing together a life

The Alabama Bureau of Investigation put in hundreds of hours working to identify the mystery woman. Her fingerprints and DNA were processed through national missing person databases, facial recognition screening with age progression were performed, and the Social Security Administration tried but could not match Allen with any missing cases.

Since 2010, authorities have filtered through 2000 leads, but that final tip that came in a month ago provided all the needed information.

“I know that if Edith could speak she would want to give a special thanks to Lt. Scott Bartle of ABI, Laura Fulbright, a social worker and program director for the Jefferson-Blount-St. Clair Mental Health Authority, and her court-appointed guardian Sidney Summey, of White Arnold & Down who have worked tirelessly on this case,” Casey said. “These three individuals care about Edith as if she is a member of their own families.”

Casey says piecing together Allen’s life is proving to be difficult. As of now, only the past 10 to 15 years of her life is confirmed.

What is known is that Allen once stayed with Thomas’s sister before Thomas became her caregiver in 2009. How she appeared in that hospital in August of 2010 is still being withheld. Call to action

Now, Casey is proposing “Edith’s Law,” which could keep a situation like this from happening again.

She suggests fingerprinting or some other type of identification process be made available to those with mental illness.

“It didn’t have to be this way,” Casey said. “We don’t want to be intrusive with these people, but we want to make sure they aren’t exploited.”