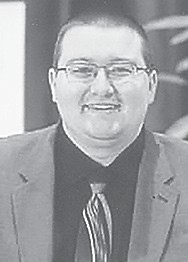 Dr. Daniel Brett Jackson of Altoona will continue his residency in clinical pathology for four years at Brookwood Hospital and Grandview Medical Center. Jackson graduated as valedictorian from Susan Moore High School in 2011, earned a pre-med bachelor’s degree from Jacksonville State in 2015, and graduated this year from the University of South Alabama School of Medicine.

Jackson is the son of Christopher and Juanita Thomas Jackson of Altoona. He and his wife, Ashley, live in Birmingham.