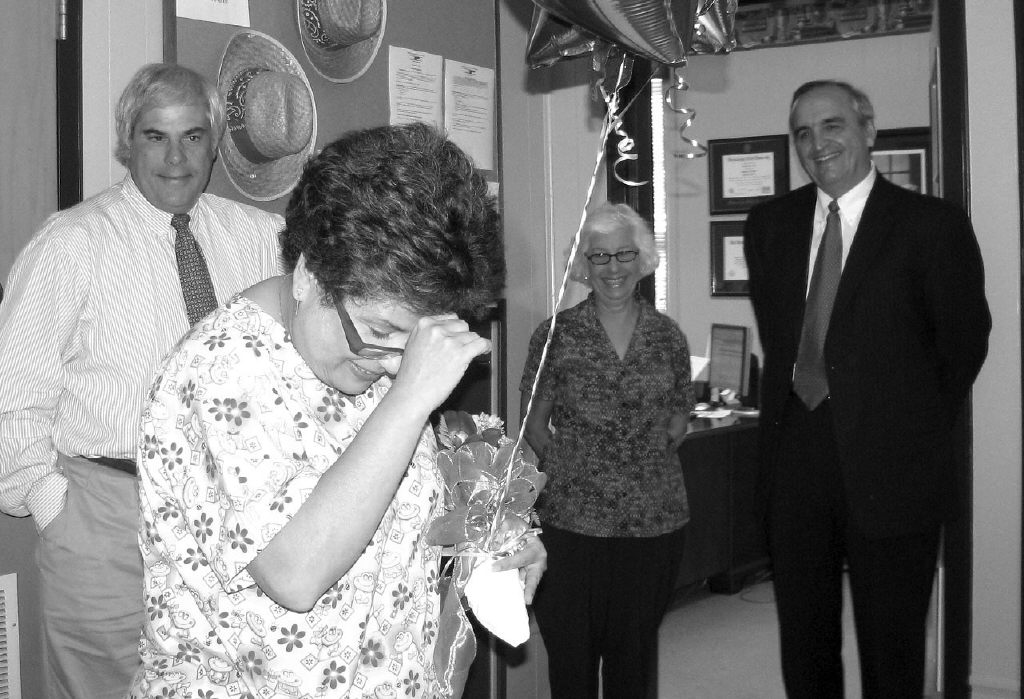 
Jackie is a hero because the $25,000 grant she applied for will enable the school to buy new computers and finish the lab she has started there. Jenny is a hero for approving a grant for the project.

The Jenny Jones Foundation is only the latest in a series of benevolent organizations Jones has founded. She began the Image Foundation in 1992 to provide information and support to thousands of women who were concerned about the health risks associated with breast implants.

In 2000, she donated a mobile mammography unit to Chicago’s Cook County Hospital to benefit women unable to secure adequate health care. She has also donated all proceeds from her two books to breast cancer research.

Recently, Jenny established “Jenny’s Heroes” with $1 million of her own money to individuals such as Jackie Miller, who are striving to improve the quality of life in their communities.

A “shot in the dark”

Appalachian principal Mark Hitt orchestrated the surprise announcement to Jackie by leading her to believe one of her children was to receive an award. He and Superintendent Jim Carr kept her isolated until the phone call from Jenny came through.

“When I applied for the grant, it was a shot in the dark. I didn’t feel like I had a chance of getting it, and I still can’t believe it is real,” Jackie said.

In her conversation with Jenny, Jackie reeled off her laundry list of needs and her plans to complete the computer lab. She said she “harassed” Lowe’s Home Improvement store in Fultondale into donating lumber and laminated tops for the work stations. Dean Calvert, a local cabinetmaker, assembled them at no charge.

Jackie is a hero not only at Appalachian High School; she is also a hero to her patients. As if her duties as PTSO president were not enough, she works full time as a clinical technician and medical assistant.

Jenny told The Blount Countian she is keenly aware of the plight of most school systems throughout the country. “I understand many students have to furnish their own basic needs. I am honored to be able to help in any way I can,” she said.

Jackie and husband Jeff are parents of twins Hannah and Zach. She’s a mother, a housewife, and a medical professional, which a passion for making a positive difference in the education for all children. One wonders what she does in her spare time.