It’s looking like Moore vs. Strange… but don’t count out Mo 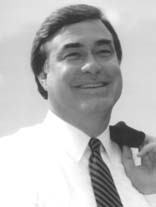 The race for our open U.S. Senate seat is evolving. Folks, we are in a brief 33- day sprint to the primary on Aug. 15. The winner of the Republican Primary will be our next junior U.S. senator. The Dec. 12 General Election will be a coronation for the Republican. The eight Democratic candidates are irrelevant as are at least six of the Republican qualifiers.

It is doubtful that either candidate can win the August GOP Primary without a runoff. Therefore, the two left standing will square off on Sept. 26, after six more weeks of grueling and negative campaigning.

All early indications pointed to a two-man race between Roy Moore and Luther Strange. However, both of these high-profile veterans of state politics have big negatives and those negatives point to the possibility of a third person winning this race.

Tennessee Valley Congressman Mo Brooks is gaining momentum and he could be the surprise in the race. Brooks garnered an amazing amount of free publicity by being one of those targeted and shot at in the June shooting of Republican congressional baseball players.

You cannot get any better introduction to Alabama voters than being given prime time news coverage as an Alabama congressman who is so conservative that a left-wing, wacko gunman fires upon you while you are riding your bicycle to practice baseball for the Republican team.

It is now a three-man horserace heading into the homestretch. Every poll has Moore leading Strange and Brooks fighting for the runoff spot with the Ten Commandments judge.

Polling indicates that the majority of GOP Primary voters in our state do not want to vote for either Roy Moore or Luther Strange. Both have a large reservoir of detractors. Middle of the road, urbane Republicans are turned off and embarrassed by Roy Moore. They look upon him as a backwoods, Primitive Baptist, religious nut and cringe at how he might embarrass the state if he got to Washington. The Beltway Republican establishment fears Moore’s independence and religious zealot antics and demonstrations. That is why you will see millions of dollars of Washington Super PAC money flow into the Heart of Dixie for Luther Strange.

Luther’s negatives stem from the way he garnered the interim senate seat vacancy. The perception is that he is currently in Washington because of a brazen, audacious, corrupt deal between him and disgraced former governor, Robert Bentley. It looks to the average voter that Luther Strange and Robert Bentley were in collusion in a backroom deal where Bentley, in his waning hours as governor, gave Luther Strange the appointment in exchange for Luther, as attorney general, not prosecuting Bentley and his advisor.

Millions of dollars of Washington money may be able to wash away the Bentley taint. That is what Luther is banking on happening. You are seeing the avalanche of TV and media buys for Big Luther. His Washington handlers are scripting him to perfection, keeping him out of sight and avoiding all media and debates. They will slip him into an event and get a photo of him there then quickly whisk him away. They will not allow him to be interviewed by any Alabama media. They do not want him to be asked about the appointment. He was pretty good about avoiding the media during his six years as attorney general. Therefore, his following the instructions of the Potomac pros is an easy script to follow.

Two secondary officeholders could have probably bested Strange out of the runoff. John Merrill or Twinkle Cavanaugh would have been tough for Luther.

The two best candidates from the congressional delegation would have been Bradley Byrne or Robert Aderholt. Either of these two thoroughbreds would have made the runoff with Moore.

The Roy Moore versus Luther Strange battle illuminates a natural divide in the Republican Party. It is almost like two separate tribes.

As one North Alabamian told me, “We will see if Moses with his Ten Commandments comes down off Sand Mountain with the Hebrew children and slays the 7-foot, Philistine, Mountain Brook giant.”