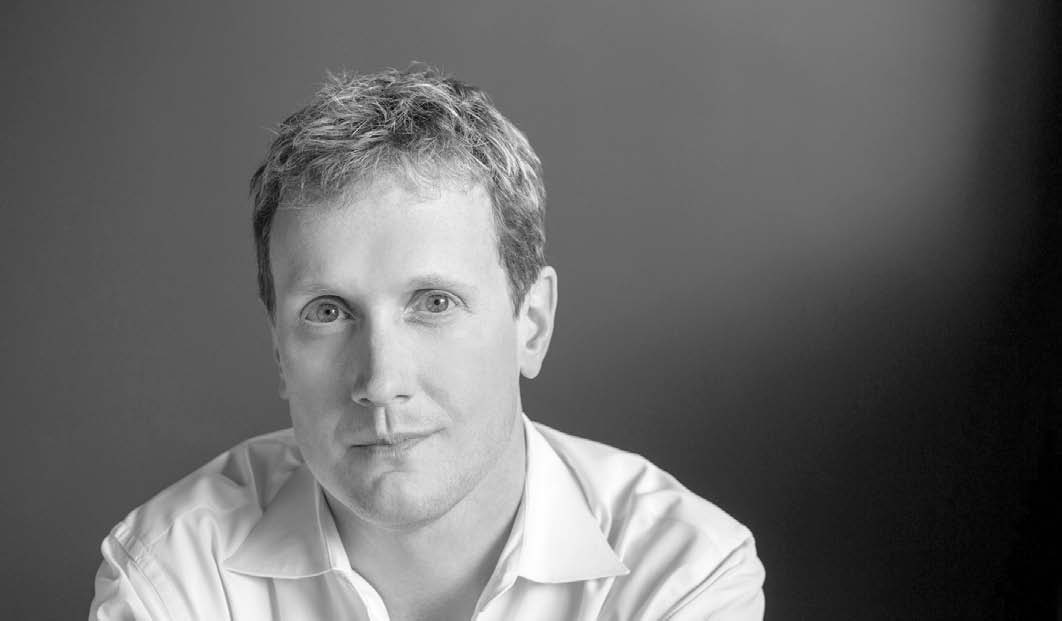 In the furor and confusion following last month’s federal court order banning Alabama’s same-sex marriage laws, it’s easy to overlook one category of reactions: those of people who were – more than anything else – just pleasantly surprised and glad – maybe even proud – of Alabama for not being the last to change.

Put John Lemley, one of Oneonta’s sons now living in Atlanta, in that category. Rather than just baldly saying why, let’s go back a few years and approach it by degrees.

John is the son of Bill and Billy Lemley, the family that founded Lemley Funeral Chapel, and a 1986 graduate of Oneonta High School. John wasn’t interested in the funeral business as a career; he was musical and theatrical instead. He pursued those interests beginning in high school, leading – over the next 30 years – to his current professional job as host of a popular two-hour classical music, arts, and culture radio show on WMLB-AM 1690, The Voice of the Arts in Atlanta.

His bio includes a degree in musical theater performance from Birmingham Southern and early radio credits at WBHM public radio in Birmingham, and thence, with a couple of more stops along the way, to the radio big time in Atlanta.

He is also gay. He’s been in a stable, committed relationship for 13 years, and, as he himself observed,“I’m very open to who I am.” He’s also very comfortable talking about it – no stress, no drama, just free-flowing and natural, like water from a clear spring.

“I never thought of myself as gay until after high school,” John said.“In fact it was a comment someone made to me about two weeks before I started college – I can almost remember the exact date in early August – that I really first thought about it.”

And then came what seemed to be the most incisive remark from an hour-long conversation:“It’s not 100 percent of who I am. It’s just a small part of who and what I am.” Followed by:“From a faith standpoint, it’s been something I’ve wrestled with – being a Christian and gay at the same time.” Note to self and the rest of the straight world: listen up. Crux

Lemley said he first got news of the same-sex marriage ruling in Alabama in an e-mail from his cousin in Nashville.“I was really surprised. My knee-jerk reaction was pride in my home state that the matter was being tackled – that it wasn’t the last state or one of the last to deal with it. I really thought it would come to the forefront here in Georgia first.

“No, we’re not married,” he answered the next question. “But it’s come under heavy discussion recently. We’ve been together 13 years and we’ve gone back and forth on it, based on what various states were doing. We’ve even talked about going to California to get married.”

In light of recent developments, and the expectation of a U.S. Supreme Court decision clearing the way for same-sex marriage throughout the country, he said he thinks “before the sun sets on 2015, we’ll be married,” with all the benefits legal marriage provides.

Has he thought about coming back to Alabama?

“Oh, yes. They say you can never go home again. It may not be as you remember. It may not have ever been. But I’ve thought about it. All my family members are in Conecuh County. The older I get, the more pride I have that I’m from such a beautiful state, with such a colorful history in every sense of the word,” he said.

The interview with John Lemley very much reflected his comment that being gay is a small part of who and what he is. Most of the interview concerned his professional life, revolving around his status as host of a much-awarded classical music/crossover/companionship radio program embracing a full range of arts and culture, and the interesting career path he followed to get there. Less than a third of the conversation covered the same-sex marriage controversy, though that was a thread running through it.

His final commentary on the subject will serve as benediction for this story:

“I’m not surprised that reactions are so diverse. I feel like, as a whole, people are evolving. They’re becoming keenly aware of the issue. They’re now hearing for the first time at home the debate that’s been taking place around the country. I feel like the country is moving toward understanding the gay issue and why it’s so important for same-sex couples. A lot of it is common sense – like when someone wants to be with the partner he loves in the hospital when he’s dying. The environment is starting to relax enough that people are coming out everywhere. When it happens close to home, it becomes a much simpler issue – when it’s right on your own doorstep and involves family members you love.”

Thus ends one of the easiest and most engaging interviews in recent memory. Readers interested in hearing John Lemley’s City Cafe can listen online at 1690wmlb.com. between 12 noon and 2 p.m. daily. Or if you’re driving through Atlanta, or spending time there, tune him in. See if you can pick up a trace of an Oneonta accent.