‘It was really surreal’ 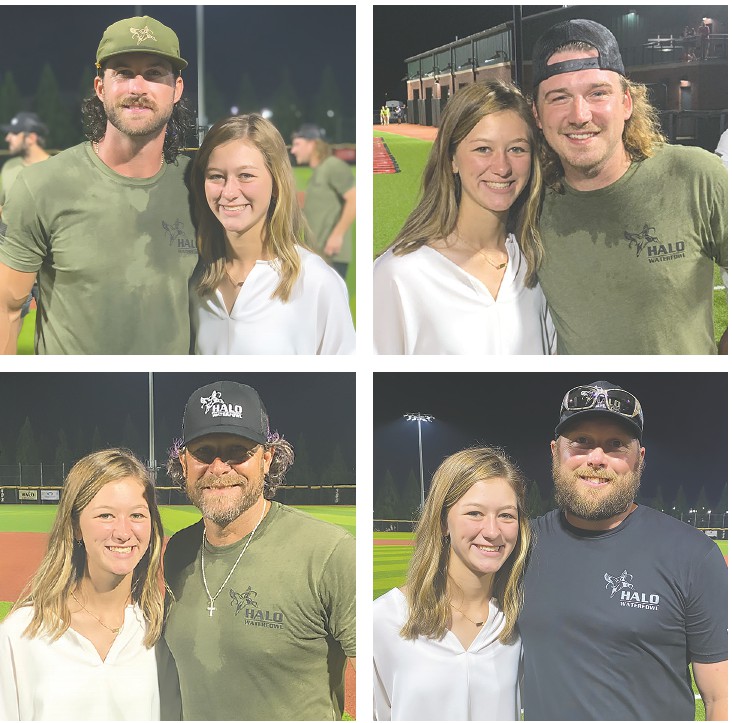 When Rebecca Debter got the call about a guy looking for a local female voice for an event, she had no idea that it would lead to her daughter singing the National Anthem for a celebrity charity event on the campus of Jacksonville State University. With country music artists Riley Green and Morgan Wallen, as well as former Major League Baseball player Matt Duff and many other familiar names, the charity softball game was a big deal.

And right in the middle of it all was Debter’s daughter Emma Jean. Not only did Emma Jean sing the National Anthem, she also got to spend time in the VIP area with the stars and watch the game from the dugout.

“It was really surreal,” Emma Jean remarked. “I was really nervous when I got there, but when I got on the mound to sing, all my nerves went away.” After her performance, Wallen ran up and gave her a high five, which she noted as one of the coolest parts of the entire experience.

As incredible as singing the National Anthem at a celebrity charity softball game was, it wasn’t the first time Emma Jean has sung in public, nor will it be the last. For more than a decade, she has dedicated herself to music.

Emma Jean first learned to play the guitar, then added the fiddle. From there, she taught herself the banjo and mandolin. She’s sung at school events, local festivals and churches, and has even produced a CD. Though she’s had many requests to do another CD focused on her favorite genre – Southern gospel.

“I get chills listening to her sing,” her mother said. “She’s so humble. She doesn’t boast or brag. It’s so great to watch her get so many opportunities knowing how much she appreciates them.”

For now, this J.B. Pennington junior is focused on softball, basketball, volleyball, and her grades. She’s currently one of the top two in her class. From there, she plans to pursue a career in audio engineering at Belmont University in Tennessee.