It can happen here… 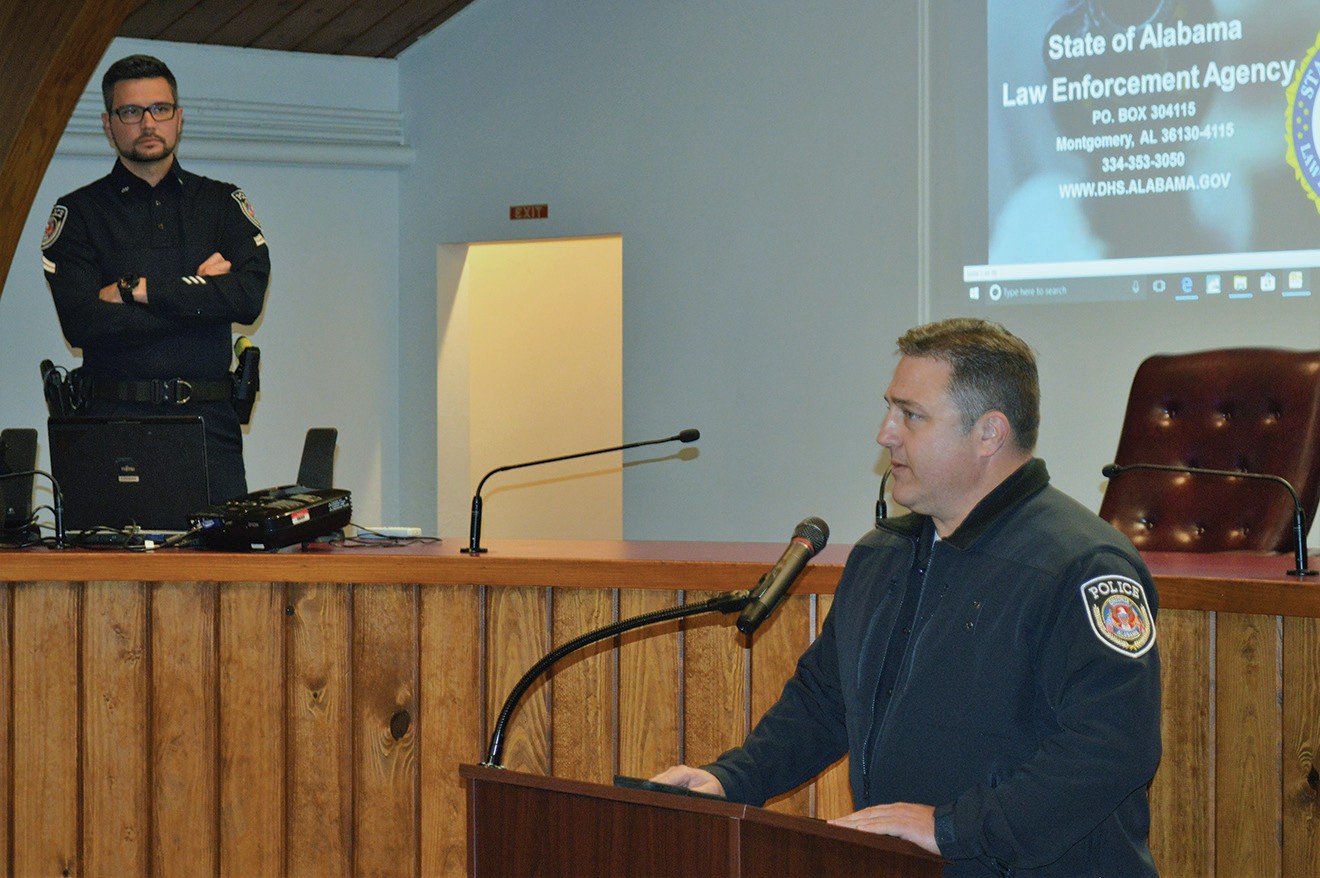 It’s a class taught by officers of the Oneonta Police Department (OPD) and represents a training protocol on how to respond to an active shooter situation. In the words of OPD officials, the preparation should become an instilled mindset so training can take over in an emergency.

The purpose of the class is to point out that how one reacts is predicated on prior training and it can be the difference in surviving or not. The title gives away the basic premise, but the instructor fleshed it out with many sound suggestions and tactics during the 90-minute session.

Police Chief Charles Clifton began the class in the municipal courtroom last Thursday with the warning that people have to stop thinking that an active shooter situation cannot happen here. “It can,” he said.

He asked the gathering of about 30 citizens to remember three things, which he called the “three Cs.” Complacency can kill – not paying attention to a situation until it is too late is dangerous. Consistency should be what you strive to do in your thinking, your training and decision making. Finally, he implored the group to be Cautious – particularly with the great responsibility that comes with carrying firearms. One should be cautions in how they train, carry and store weapons.

OPD Cpl. Anthony Brewer began the class by showing a 10-minute surveillance video from the Columbine High School massacre in Colorado in 1999. WARNING: If you choose to attend the class in the future, and you have never seen this footage, be aware it is graphic, brutal and disturbing. It shows the two killers shooting and verbally tormenting their victims, all which is audible via an open telephone line with a 911 dispatcher. It ends with the suicide of both shooters.

The film is shocking, but it is a strong reminder that cruel and inexplicable acts of violence can happen anytime, anywhere. Brewer doubled down on Chief Clifton’s words when he reminded the class that it can happen here because it did in April 2016 when a lone gunman began firing at vehicles and homes near the Brooksville intersection of highways 79 and 278. Four people were wounded before law enforcement officers shot and killed the assailant.

Brewer also pointed out the frequency of these events are increasing. According to a New York City Police Department report, 326 active shooting incidents occurred in our country between 1966 and 2012. Brewer said there have been over 300 such cases this year alone. Part of that difference is in how an active shooter incident is defined and how reporting of crime has improved. Still it is a marked rise in incidents.

The Run, Hide, Fight Active Shooter Overview class has been taught by OPD for several years through a training program of the Alabama Law Enforcement Agency (ALEA.) It includes a film by the U.S. Department of Homeland Security along with a detailed powerpoint presentation where suggestions as to how one should prepare and react in such an emergency. The class is offered free of charge to businesses and other groups, including homeowner associations and churches. It is not limited to the city limits of Oneonta. Brewer and other OPD training officers offer to provide the class outside their jurisdiction. He also said the size of the group is immaterial as he has presented to as few as 10 and as many as 175.

OPD also offers Oneonta residents a security assessment of their homes and businesses, as well as, a firearms class for those who want to become more proficient and confident in their use. The security assessment is only for those within the city’s jurisdiction, but the department will provide the firearms training to those willing to come to Oneonta for the instruction. To inquire about any of this training, contact the department at 205-625-4351.