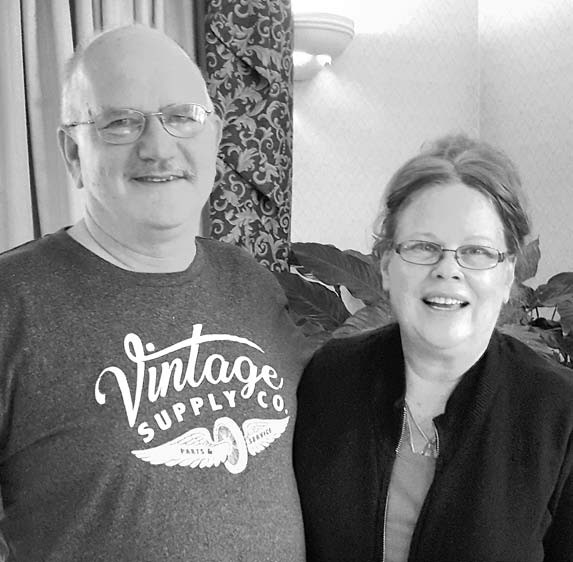 Some Florida evacuees took refuge at the Oneonta Days Inn for several nights as they anxiously awaited the arrival of Hurricane Irma, which left many Floridians without power, with flooding issues, and with some structural damage as it came ashore in South Florida on Sunday and traveled up through Central Florida throughout Monday.

Stephen and Maureen Smith, along with their daughter, Tia, traveled to Oneonta late Friday night. What should have been an eight-hour trip, turned into a 14-hour ride due to heavy traffic on I-75. They finally decided to venture off the interstate and found some back roads through Georgia before arriving in Alabama.

The family had been watching the projected path of Irma and, when they left their home, felt Alabama would be the best place to evacuate to. Little did they know the hurricane’s path would shift farther west and cause tropical storm warnings for most of the east side of Alabama on Monday.

Tia Smith said, “That’s why it’s called a cone of uncertainty. You never know how it’s gonna be – don’t take the chance.”

The Smiths, who were traveling with their pet cat from Palm Coast, Fla., had tried to find a room at several hotels before being fortunate enough to find the Oneonta hotel vacancy that was pet-friendly. They were beginning to give up hope of finding a hotel room when another Days Inn helped them locate the room in Oneonta.

Days Inn confirmed the hotel has housed approximately 15 families who were fleeing the hurricane. As of Monday night, they were filled to capacity.

On Sunday night, friends Dustin and Brie from Tampa joined the Smith family at the hotel. They had been vacationing in Tennessee and were waiting for a safe time to travel back to their home.

After their arrival, the families made the most of the situation and visited Palisades Park and the Easley Covered Bridge, as well as Birmingham’s McWane Science Center.

Both families had nothing but good things to say regarding their stay at Days Inn and the places they have dined such as Pounder’s Seafood and Ken’s BBQ. They also enjoyed having coffee at Main Street Coffee and commented on the very reasonable prices for coffee.

The evacuees mentioned the cleanliness of Walmart, the quality of the food at Pizza Hut, and how they witnessed good work ethic from employees at the businesses they visited.

Stephen and Maureen Smith concurred on the reason they decided to evacuate, “The meteorologists kept referring to Hurricane Irma as Hurricane Andrew on steroids.” The Smiths lived in Ft. Lauderdale when Hurricane Andrew hit Homestead, Fla., in August 1992. They were without power for a couple of weeks and did not want to go through that again.

They also experienced Hurricane Matthew’s wrath in October 2016 as it skirted up the east coast of Florida. These two experiences alone made them weary of “riding out the storm.”

Stephen Smith said their hometown does not appear to have been hit as hard as initially anticipated. He said, “It’s hard not to second guess your decision.”

Brie grew up in the Tampa area and this is the first direct hit her home has taken. She said that there has been an urban legend surfacing throughout her life indicating the Indian grounds were being protected and that is why there had not been a recent direct hit in Tampa.

Brie offered these words of advice to anyone who chooses to stay put during a hurricane, “Don’t prepare at the last minute if you choose to stay. Start making plans and gathering necessary items early. Make sure you have three back-up plans.”

While both families have returned to their respective homes, they can say they experienced some great Blount County hospitality.