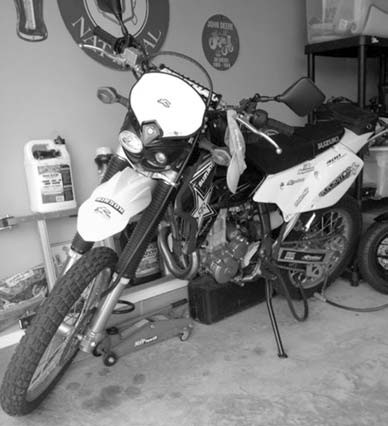 Oneonta Police Department Investigator Jimmy Baldwin provided information to The Blount Countian on multiple cases. Some are solved while others are still under investigation.

• On New Year’s Day at approximately 9:30 p.m., authorities received an alarm call at the Limestone Springs Clubhouse. Upon investigation, law enforcement discovered the building had been broken into and property had been stolen.

The suspect was seen on video surveillance, and a Blount County Sheriff’s deputy made contact with the suspect in a different location shortly after the burglary. The deputy was able to identify him while watching the video. Baldwin says the suspect has been identified but has not been taken into custody. Authorities do have warrants for his arrest.

• An investigation is ongoing after a women hit a telephone pole in front of CVS pharmacy last Thursday, at 6:30 a.m. Baldwin says no particular reason why she hit the pole was evident.

• A blue and yellow Suzuki DRZ400 dirt bike has been missing and is suspected stolen since mid-December from Smith Bros. Any one with information on the whereabouts of the bike are asked to call the Oneonta Police Department.

• Near midnight on New Year’s Eve, Frank Murdoch, 27, of Oneonta, was found unconscious near Dollar General, according to Baldwin. Drugs, including meth and suboxone, were confiscated when authorities arrived on scene. The suspect was taken into custody.

• Angela Black, 36, of Birmingham, is in custody after authorities responded to a disturbance at a gas station in December. According to Baldwin, Black had cocaine in her sock upon investigation.

• Three people were identified with the help of Oneonta Police posting surveillance pictures on their Facebook page. A woman who stole a cell phone from CVS Pharmacy during business hours was identified, and the cell phone has since been recovered. The suspect is not in custody as warrants have not been obtained by the business. Two males who stole police scanners from RadioShack during business hours were also identified. They are not in custody but warrants have been obtained.