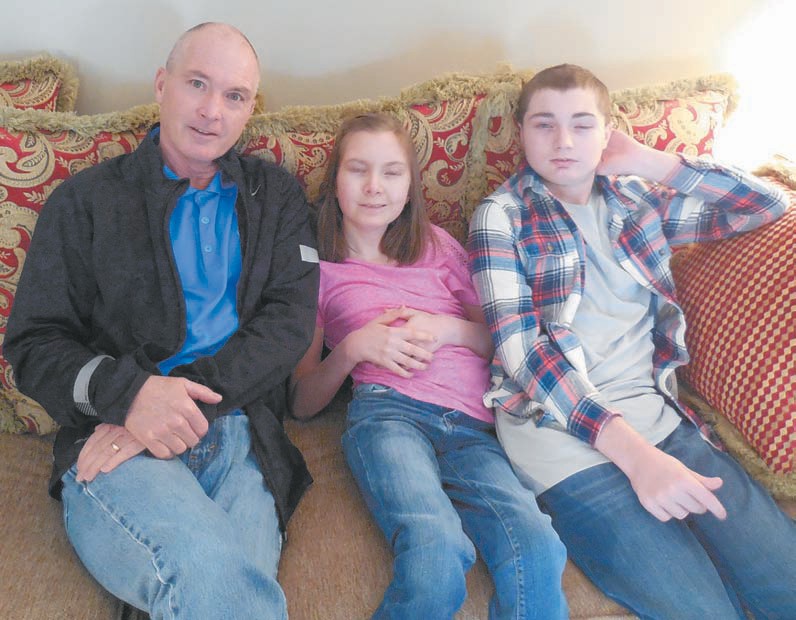 On Dec. 7, 1998, Oneonta native Kile Putman and his wife Susan welcomed Leslie’s birth as an addition to the Homewood couple’s 3-year-old daughter Allison. Problems arose at Leslie’s birth, however, as Susan suffered a torn placenta and Leslie a stroke. The child spent almost eight weeks in NICU and underwent open-heart surgery at age 2. As Leslie grew, many attributed her several health issues to the difficult birth.

In 2001, son Jody joined the family. As Jody aged, the couple noted he had trouble walking straight. Most doctors attributed the situation to overly concerned parents, but one did not.

Dr. Anne Byars, the couple’s pediatrician and Susan’s sorority sister, pressed for other causes. After having contacted Dr. Jayne Ness of Children’s of Alabama, the family had strong feelings that Jody might have ataxia-telangiectasia syndrome also known as Louis-Bar syndrome.

Through blood work, UCLA Dr. Richard Gotti made that diagnosis, later confirmed by doctors Howard Lederman and Thomas Crawford of Johns Hopkins Hospital in Baltimore. After Jody’s diagnosis, it became apparent and then verified that Leslie, too, shared the extremely rare ailment.

According to the U. S. National Library of Medicine (NLM) website, children receive the syndrome from parents who carry its recessive gene. That website claims A-T, as it is sometimes abbreviated, affects 1 in 40,000 to 100,000 persons worldwide. Other sources place the occurrence even less frequently and hold that there are only some 500 cases in the United States. According to Putman, some have labeled the “over the mountain” metro area as the most prevalent familial area in the world. Putman notes that there are families nationally who have two or even more children with the syndrome.

In summary, the NLM material reads: the disorder affects the nervous, immune, and other body systems. It leads to progressive difficulty with coordinating movements (ataxia) beginning in early childhood, usually before age 5.

People with this disorder also have slurred speech and trouble moving their eyes to look side-to-side (oculomotor apraxia). Small clusters of enlarged blood vessels called telangiectases, which occur in the eyes and on the surface of the skin, are also characteristic of this condition….

People with ataxia-telangiectasia often have a weakened immune system, and many develop chronic lung infections. They also have an increased risk of developing cancer, particularly cancer of blood-forming cells (leukemia) and cancer of immune system cells (lymphoma). Affected individuals are very sensitive to the effects of radiation exposure, including medical x-rays. The life expectancy of people with ataxia-telangiectasia varies greatly, but affected individuals typically live into early adulthood.

Leslie does have a motorized chair for school use and a simpler seated walker for home. Putman notes their split-level house basically precludes the use of a motorized device there. Jody continues to walk without devices but with weaving steps and balance.

The dad professes a desire to move to a single-level house but notes they wish to remain in Homewood, where they first moved because of its school system. City real estate prices have soared making it hard to find other more appropriate affordable housing there.

Putman observes of Leslie,”[She] may not have the mobility that others enjoy but she is a social person. She makes friends easily and always has folks speaking to her in our travels around town and the country.”

In evaluating the A-T progression, Putman explains the children have avoided respiratory problems. Their blood levels remain at appropriate levels; they have general evaluations every two to three years at Johns Hopkins, which is the leading center for A-T studies.

Putman, who says he developed a later interest in sports when he found he was a decent runner, has assumed the stay-at-home parental role. He takes the children to Lakeshore Foundation twice a week for physical activities. Leslie swims and Jody plays wheelchair basketball. Jody also competes in track and field around the country and holds the national record for shot and discuss in Paralympic sports for his classification and age.

Putman philosophizes the children have learned to perform tasks in the easiest method for them. They function better, he feels, than those who suffer an affliction later in life and must re-learn activities or how to cope. He says that once while returning from a practice session, Jody had asked, “‘What is my physical disability?’ He had no idea he was somewhat different.”

Putman, a certified track and field coach, began running marathons in 1987 and has now completed 11 of those. Branching from that interest, he has begun coaching with local clubs and works for the Wounded Care Program through the Department of Defense. That government program, different from the private Wounded Warrior Project, seeks to help wounded or injured veterans or those with M.S. discover sports as a source to help them fit into their communities. He says he is away from home seven to 10 days a month some 10 or 12 times a year in that job.

Wife Susan, a native of Rome, Ga., and a CPA, works in upper level accounting with Birmingham’s Protective Life Insurance Company. With Susan’s job benefits and security, the couple decided that Kile would be in a better position to provide regular at-home attention than Susan.

Of effects on Susan and him, Putman contends, “A friend often says, ‘problems come in two sizes, yours and mine.’ Every family has a level of uncertainty that they must deal with as part of daily activity. Our situation may be different, but it is no more challenging for us than what others must face. This is the dynamic we know and we have settled into a routine that fits our lifestyle….

“Susan and I have become more aware of the physical, emotional and social obstacles individuals must overcome each day to travel the world. You never know what a person is going through until you are placed in their exact situation. I think that has made us more compassionate people.”

Putman reveals older daughter Allison wanted to teach from the days she was in kindergarten. Over time, she decided to work in special education. She should complete her junior year at the University of Montevallo this spring and anticipates working with young special-needs children.

Along with his younger sister Carol (class of 1982), Putman graduated (1979) from Oneonta High School. Their father, Norman, works at Lemley Funeral Home and Crematory and mother, Martha, at B&B Outlet in Oneonta.