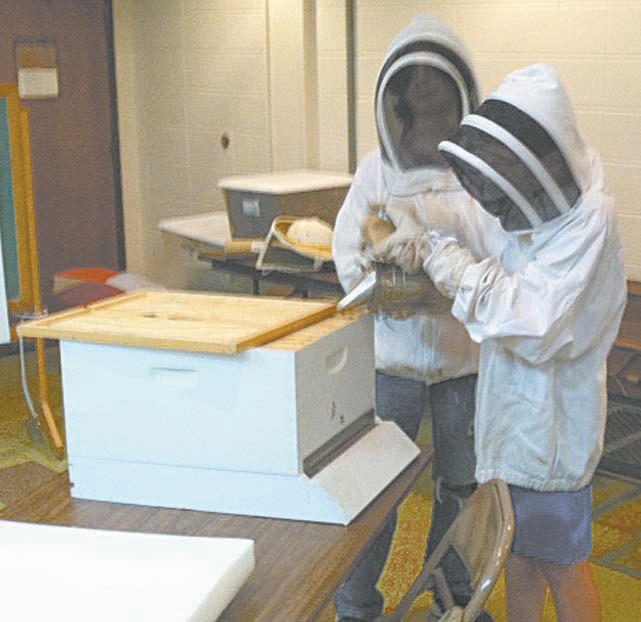 Eight members of the District 6 organization of Indivisible Alabama staged a “ Die-In” in front of U. S. Rep. Gary Palmer’s office at the Little Brick Church last Wednesday. The group was protesting the renewed effort in the U. S. Congress to pass a national healthcare plan to replace the Affordable Care Act (ACA), commonly known as Obamacare. The group is part of Indivisible Alabama, itself a part of the national Indivisible organization that has catalyzed protests at town hall meetings across the country.

The following report is based on an interview with Shea Rives of Birmingham, spokesman for the group. 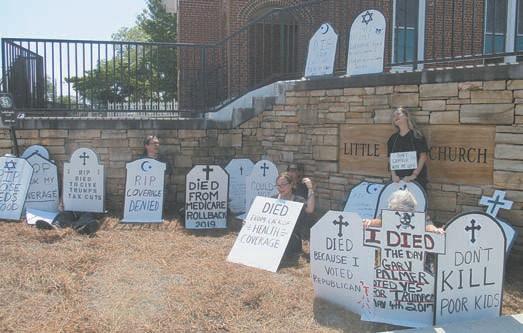 Demonstrators make their point with deathly drama: Passage of the American Healthcare Act (AHCA) now awaiting action in Senate committee and later on the Senate floor, will lead to death through the unaffordable cost surges for many poor and elderly Americans, and especially for those having pre-existing conditions, according to this view. Included in the demonstrating ‘dead’ are two Blount Countians: Dinah Wilson of Hayden and Lindsey Mullen of Royal.

What are the most important points you’re trying to communicate to people with this protest?

• “Blount Count citizens: if you think your healthcare is safe, please, for your own sake, think again. “ Play attention to what’s going on in Washington, he said, and particularly to how your elected representative, Gary Palmer, is representing you. He voted for and actively promoted the bill to replace Obamacare.

• “The people who need it most – the old, the poor, and those who have a preexisting condition, are going to pay more– drastically more – for health insurance coverage,” if the American Healthcare Act recently passed in the U. S. House of Representatives survives in anything like its present form in the U. S. Senate.

• “The bill’s advocates are not denying that many will pay more and that an estimated 24,000,000 people will lose their health care. It could mean life or death for as many as 290,000 people with pre-existing conditions in Alabama Congressional District 6” (the district that includes Blount County, represented by Gary Palmer).

• The people of Blount County may think all the controversy in Congress doesn’t apply to them, but they’ll realize it does if the bill passes the Senate in its present form and their health insurance costs go up while their coverage goes down. It’ll be too late then. The time to act is now.

What action would you like for people to take? “Call or e-mail your senators (Shelby, Strange) and Representative (Palmer) and tell them this bill is bad for the people of Alabama. Urge them if they take action on healthcare at all they should improve on what we have now with the Affordable Care Act. Don’t pass the American Healthcare Act sent to the Senate by the House of Representatives. Doing nothing would be better than that. “

Response of U. S. District 6 Rep. Gary Palmer: “I am a strong supporter of the First Amendment and believe every American citizen should have the opportunity to peacefully and respectfully share their views with others. What is being said by Indivisible is a gross misrepresentation of the bill and shows their desire for socialized medicine.”

Quoting from a previous news release: “The amendment (to the AHCA) I authored on invisible risk sharing will drive down the cost of health insurance premiums and helps ensure that those with pre-existing conditions have affordable coverage. The option for states to choose to receive Medicaid funding as a per-capita cap or a block grant will provide states with more flexibility to meet the needs of their Medicaid-eligible people and will reduce the waste of billions of Medicaid dollars to fraud, inefficiencies, and mismanagement….Together, these additions to the AHCA are the most substantial entitlement reform in 50 years. Although states, as they should be, are provided the option to seek waivers from federal mandates, states must certify that pursuing a waiver is for the purpose of expanding coverage or reducing the cost of healthcare. There is no underlying intention to exclude people from coverage, including those who have been previously sick…and this bill will not exclude people from coverage. This bill is not the end of our efforts to dismantle Obamacare and repair the damage done to our healthcare system.”