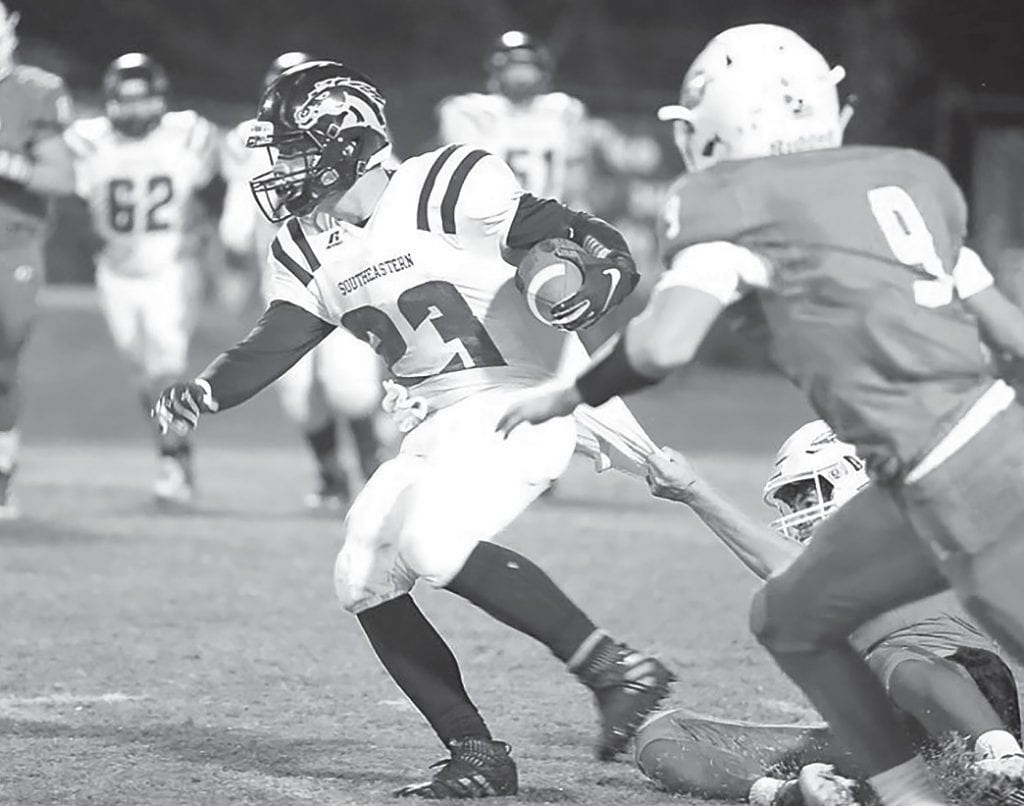 The Southeastern Mustangs took on the Ohatchee Indians in the first round of the state playoffs losing 13-55.

The Mustangs remained scoreless in the first half going into halftime trailing 0-20. They finally got on the board in the third quarter with Brady Leith finding brother Austin Leith open for a 27-yard touchdown pass. The Mustangs trailed 7-41 at the end of the third quarter.

The Mustangs scored again in the fourth with Kevin Juhola finding the end zone on the ground for a second Mustangs’ touchdown bringing the game to its final score of 55-13 and an Indian victory.

The Mustangs end their season 5-6.