To borrow or not to borrow 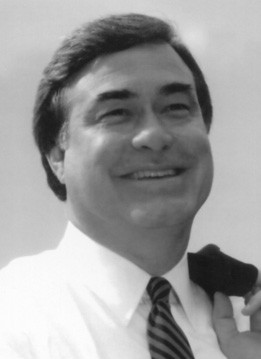 A good many of you have asked me to weigh in on the oil and gas money diversion referendum next Tuesday. As most of you know, I do not endorse or disavow issues or candidates. My purpose is to inform and entertain you as to the goings on in the world of Alabama politics. Therefore, allow me to explain this situation and the impending referendum offered by the Legislature.

There was a television series that enthralled me several decades ago called “Rich Man, Poor Man.” It was a series about two brothers. One did well, the other faired poorly. Our state budgets are similar. We have one budget, the Education Budget, which receives 70 percent of all tax revenues. It is the rich man. The General Fund garners 30 percent of the revenues. It is the poor man.

When I first went to the Legislature in 1982 both budgets were equal. Over the past 30 years the Education Budget has incrementally grown to 70 percent of the state’s income. Why? Because the growth taxes, sales and income, are earmarked for education. The poor General Fund has no growth taxes. Therefore, its income never goes up. It has seen no new revenue enhancement measures since George Wallace’s last term in the early 1980s.

However, about that time Alabama got a tremendous windfall. Exxon Mobil bought the royalty rights to our oil and gas reserves off the Gulf Coast. Fob James was governor. Fob will be forever remembered for his legacy in creating the oil and gas trust fund. He adroitly convinced the Legislature to put the windfall from the sale of our oil and gas heritage into a rainy day savings account. As a result, you were offered a constitutional amendment to save this oil money and place it into a trust where only the interest from could be spent. You approved the constitutional amendment overwhelmingly. Thus, we created the Alabama Trust Fund.

The interest from the trust fund goes to the General Fund to help it survive. You might say that the poor General Fund had a rich uncle that died and set up a trust fund for him. He is able to use the interest to live on because he has no other way of keeping up with the inflationary costs of everyday living expenses.

These expenses have risen exponentially over the past 30 years. If it were not for the interest from the Alabama Trust Fund, the General Fund could not survive. If you are going to have state troopers, the cost of cars, gas, and tires go up. If you are going to house prisoners, you have to employ guards to watch them, maintain buildings to house them, and, unfortunately, you have to feed them. However, the most devastating cost to the poor man General Fund is Medicaid. It now provides for over 70 percent of all nursing home patients and 50 percent of all births in the state. It consumes 35 percent of the poor General Fund’s income.

The Legislature knew the day of reckoning was coming. It was delayed three years because of federal stimulus money. However, the chickens have finally come home to roost.

Gov. Bentley saw the train wreck coming and floated a solution to merge the two budgets into one. It was not well received by the Legislature or the education community. It was quickly shot down. At least Bentley had a plan and faced the problem head on. The legislature did not. They simply punted and kicked the can down the road.

The budget year that begins Oct. 1 was pieced together with a wing and a prayer. They want you to put the final piece in the puzzle for the upcoming budget year and the next two years until their term is up in 2016. They are asking you to borrow $435 million from your trust fund over the next three years to prevent the General Fund from starving.

The money will never be paid back because the poor General Fund has no way to pay it back. Furthermore, you are only delaying the inevitable. After you borrow the money for three years, you are back to square one. You will face the same dilemma in 2016. If you are going to have state troopers, prisons, courts, and Medicaid in Alabama the Legislature is going to have to find a way to pay for them.

My observations over the years lead me to the conclusion that you, the Alabama voters, are more perceptive, knowledgeable, and conservative than some folks believe. My prognosis is that the few of you who show up to vote on this single issue Tuesday will disapprove of borrowing the money.