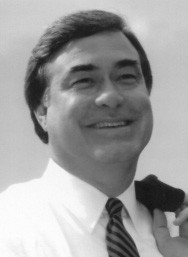 This week we celebrate Labor Day. Like Memorial Day, it is a uniquely American holiday. Labor Day traditionally marks the end of summer.

Politics have changed dramatically in the past 60 years. On Labor Day in 1952 in Alabama we lived at a slower and more peaceful pace. We were about to have a Republican in the White House. A very popular World War II hero named Ike Eisenhower. He would win the presidency in a landslide that fall and reign over a Norman Rockwell America for eight years. The grandfatherly-like Ike would win most of America’s vote in 1952 and again in 1956. Even though we loved Ike like the rest of the country, we did not vote for him. Alabamians voted perfunctorily Democratic for president – or any office for that matter.

All of that changed in the turbulent 1960s. In 1964, Alabama and the Deep South had an old-fashioned, foot-washing, tent revival conversion to the Republican Party. We have not looked back since. We now vote straight Republican for president, as well as statewide offices.

With the slow death of the Democratic Party in Alabama we have also seen the demise of organized labor in the state. Thus, Labor Day has changed significantly throughout Alabama.

In the 1950’s and 60’s Labor Day rallies were big events. If you talk to a baby boomer who grew up in Birmingham, Tuscaloosa, Gadsden, Sheffield, Opelika, Mobile or really anywhere in the state, they will reminisce about what they did on Labor Day. It usually involved barbeque, picnics, parades, watermelon and, yes, campaign speeches. It was a memorable day.

Alabama was pro union from the Tennessee Valley to the Mobile Bay. The biggest union in the state was the steelworkers in Birmingham.

The Magic City was built around iron ore. The steelworkers mined that ore. Birmingham fast became the largest city in the state because it became the Pittsburgh of the South. It was a blue collar city and a union town to say the least.

Every major industry in Alabama was unionized. The Goodrich and paper plants in Tuscaloosa, the Goodyear plants in Gadsden and Opelika, the Reynolds Aluminum factory in Sheffield, the paper plants in and around Mobile and all the dock workers in Mobile were unionized, as well as all of the TVA workers in the Tennessee Valley. These industries were our largest employers and every one of them was unionized. In addition, almost every small town in Alabama had a shirt factory and they were all unionized.

Therefore, it will come as no surprise to you to learn that our congressional delegation at that time was one of the most progressive and pro-union voting delegations in Washington. Our two senators, Lister Hill and John Sparkman, were also unquestionably pro- union.

What about today? Things have changed as dramatically as our partisan allegiance. We are a Right to Work state. Most of our major industries are not unionized. Our catapult to the top state for auto manufacturing has been driven by our non-union status. Mercedes, Hyundai, Honda, and all of their component subsidiaries that have located in Alabama over the last three decades are all non-union.

We will enjoy barbeques and picnics on this Labor Day of 2012; however, not to the degree that our grandparents did 60 years ago. We are not a pro-union Democratic state any longer. We are a Right to Work Republican state.

Have a good Labor Day.