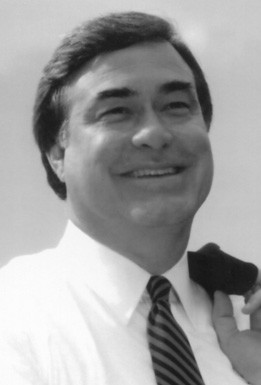 Recently a good friend and reader asked me about one of Alabama’s most interesting governor’s races. The 1978 gubernatorial contest was truly one of the best. My friend was curious as to where all the players on the 1978 stage are today.

The 1978 race was a classic upset contest. In fact, it may very well be one of the most epic and stunning surprise outcomes in the annals of Alabama political history.

It was assumed that the iconic career of the legendary George Wallace was coming to an end as he was leaving the governor’s office that he had owned for close to two decades. He would prove the pundits wrong four years later when he came back for one last hurrah in 1982.

In the meantime, three thoroughbreds had been waiting in the wings for their turn to capture the brass ring of Alabama politics, the governor’s chair. The press labeled the ’78 race a clash of three titans and referred to them as the Three Bs. Albert Brewer, Bill Baxley, and Jere Beasley were set to do battle to be the first to lead Alabama in the post Wallace era.

Albert Brewer had been the only occupant of the governor’s office not named Wallace in 16 years. He was only governor for 18 months from 1969-1970 and only became governor because he was lieutenant governor when Lurleen Wallace died in 1969. Brewer was a progressive compared to Wallace. He took the reigns of government and did an excellent job during his short stint. Brewer and Wallace did battle in 1970 in one of the most pivotal, legendary, and nastiest races in Alabama political history. Brewer led Wallace in the first primary only to lose in the runoff when Wallace played the race card to the fullest extent ever seen in history. Brewer had waited in the wings for eight years and was ready for his day in the sun.

Bill Baxley had been elected attorney general in 1970, won re-election in 1974, and had been campaigning for governor for eight years.

Jere Beasley had the identical training program. He had been elected lieutenant governor in 1970, won a narrow re-election in 1974, and had been campaigning for governor for eight years.

Fob James was unknown. He had made a fortune building a barbell manufacturing business in Opelika. He sold out for millions and decided he wanted to buy the governor’s office rather than play golf. He hired the south’s premier political genius at the time, DeLoss Walker, out of Memphis. Fob gave Walker an open checkbook. The rest is history. Fob beat the Three Bs.

So where are they now? All five are doing well. In fact, all five have been extremely successful and most would tell you they are a lot better off personally and financially than if they had remained in politics.

Beasley is probably the one who could most safely say that his loss that year was the best thing that ever happened to him. He has gone on to become the state’s, and one of the nation’s, most prominent and successful plaintiff lawyers. He continues to practice in Montgomery. He has become very wealthy, has good health, and enjoys his life with Sarah, his wife of 50 years.

Sid McDonald has retired from his business interests and enjoys traveling with his wife.

Gov. Brewer was a brilliant lawyer as well as a very good man. He practiced law successfully then joined the faculty at Samford University in 1987 where he teaches law at Cumberland. He is also the founder of the Public Affairs Research Council of Alabama. He looks fit and happy.

Bill Baxley was always a good lawyer even as a young attorney general. He practices law in Birmingham and is considered one of the top lawyers in the state.

Fob won the governor’s race again in 1994. He is the only man in state history to win the governor’s seat as a Democrat and as a Republican. He is enjoying his retirement years mostly in Orange Beach.

All five men are in their 70s and are doing well and enjoying their lives.