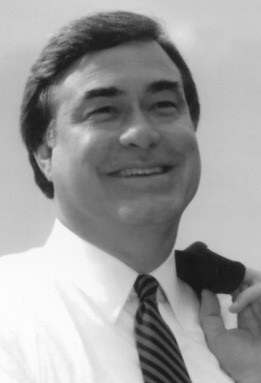 Alabama’s beleaguered budgets could receive some relief if Congress passes legislation to allow states to collect the online sales taxes due them.

These are not new taxes. They are taxes being avoided and are already owed. It is simply a basic fairness issue. It is not fair that retail stores, who build buildings and hire employees, are made to collect sales taxes while hotline online companies are not required to collect these taxes owed to Alabama.

Currently, the law of the land is that online sellers who have a nexus, link, or connection through retail or other operations in a state must collect and remit online sales tax but retailers that have no physical presence in a state cannot be required to collect the sales tax owed. This was the ruling of the U.S. Supreme Court in 1992. However, the Supreme Court did not exempt online buyers from the obligation to pay taxes owed to their respective states for online purchases. Many folks either do not know they owe the taxes or simply choose not to pay them.

Obviously this is a priority for the Alabama and American Retail Associations. The major retailers like Walmart and Target are aggressively pursuing passage of the federal legislation. However, small businesses are even more abused than the giants. A good many shoppers use the brick and mortar stores to examine products and learn more about them from a sales staff before buying the items online tax-free.

If Congress gives final passage to this Marketplace Fairness Act, Alabama could see a tremendous boon in revenue. A recent study estimates that Alabama lost $170 million in uncollected Internet sales taxes in 2012. If Alabama were to begin receiving the online sales taxes to which it is due, about $128 million would go to the strapped General Fund and approximately $42 million would go to the Education Trust Fund. Last year Alabama lawmakers agreed to a formula that would give 75 percent of any future Internet sales tax revenues to the General Fund. Otherwise, the new revenue would have all gone to the Education Trust Fund because all sales and income taxes in Alabama are currently earmarked for education.

There is hope and a light at the end of the tunnel for Alabama and other states to get some relief on this matter. It is indeed halfway home. In May, the U.S. Senate passed this legislation by a vote of 69 to 27. The bill passed with bipartisan support. Both of our U.S. Senators, Richard Shelby and Jeff Sessions, voted for the measure. However, it is expected to have rougher sledding in the House. Some conservatives view it as a tax increase. Although we have one of the most conservative delegations on the Potomac, most of our congressional delegation appear to be on board.

Speaking of conservative, over the past few weeks I have been traveling the state and visiting with many of you who read my column weekly. It is always a pleasure to meet and visit with you. As I travel and speak it becomes apparent how conservative a state we really are. Even though our Legislature may pass symbolic laws regarding immigration and gun control, which are blatantly unconstitutional and obvious federal issues, you like them passing these “stand in the school house door” measures even though they are simply grandstanding and barking at the moon.

We are indeed a conservative state. However, this Internet sales tax measure is not a conservative or liberal issue. It is simply a fairness issue. Retail businesses are not competing on a level playing field. It is not only unfair to retailers, it is unfair to the State of Alabama and other states. Hopefully, congress can resolve this matter.