Driving the nail in the Democratic coffin 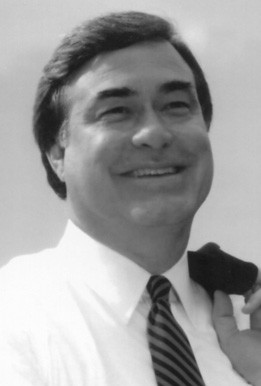 On the night of the November 2010 election, I was in my regular post as the political analyst for Montgomery CBS affiliate WAKA Channel 8. Around midnight as it became evident that the Democratic ticket had been annihilated, my cohort, longtime anchor Glenn Halbrooks, looked over at me pensively and asked, “What do you think the Democratic Party does now?” I candidly responded, “They can turn out the lights and leave the keys on the mantle. The Democratic Party is dead in Alabama.” My off the cuff response was not intended to be flippant or humorous but I had just witnessed the devastating denunciation of the Democratic Party in the Heart of Dixie.

Two years later, as the November 2012 election results began to trickle in, Glen reminded me of my quote from two years earlier and inquired whether I still believed the Democratic Party is dead in Alabama? I replied, “You know, Glen, I made that assessment on the spur of the moment without any deep thought or study. However, with two years to reflect and contemplate, I am totally convinced that my first impression is correct. The Democratic Party is dead in Alabama.”

My prophecy became more conclusive when the final 2012 results were recorded later that night. Barack Obama had been shellacked in Alabama and the last statewide Democratic officeholder had gone down with him. You can safely say and history will record that Barack Obama drove the final nail in the Democratic coffin in Alabama.

As we look toward the 2014 statewide elections we are without question a one-party state. The proof is in the pudding. A presidential Democratic candidate has not carried Alabama since 1976 – Jimmy Carter, 38 years ago.

On the state level, all seven constitutional offices, including Governor, Lt. Governor, Attorney General, Agriculture Commissioner, Treasurer, Secretary of State and Auditor are Republicans. All nine members of the State Supreme Court are Republican, along with all members of the Courts of Civil and Criminal Appeals.

The aforementioned 2010 tsunami swept most of the longtime Democrats out of the Legislature. This legislative triumph by the GOP was the last leg of the triumvirate. Republican control of Alabama state government is now complete. The 2010 elections resulted in a super majority Republican Legislature in both the House and Senate. The GOP holds a two to one advantage. This overwhelming majority is solidified for the next decade because the Republicans held the pencil when the lines were redrawn. The new districts will be in place through 2022.

When it became newsworthy a few weeks ago that Joe Reed and Mark Kennedy had a spat over who was going to be in charge of the Democratic Party in Alabama, I found it comical. It is as though they thought the Democratic Party had any relevance or influence regarding Alabama politics.

Mark Kennedy, a former Democratic Supreme Court Justice and the son-in-law of George Wallace, is a relic. He is one of the last remaining white Democrats in the state.

Joe Reed has been the ringleader of the African-American wing of the Democratic Party for close to 50 years. When African- Americans began voting in the South in 1966, Joe Reed organized the Alabama Democratic Conference. It was the group that newly entitled blacks looked to for guidance on who to vote for in the Democratic primary.

Joe Reed was a king maker back then when the state was Democratic. Today he is irrelevant, as is Mark Kennedy or whoever chooses to head the Alabama Democratic Party. Today the Democratic Party in Alabama is nothing more than a qualifying mechanism for the Black Belt and Montgomery and Jefferson counties.

Welcome to Political Science 101. Whites in the Deep South are Republicans. Blacks in the Deep South are Democrats. Lest you think that white Republicans are the most segregated, think again. Blacks are more solidified when it comes to partisan voting patterns. The fact is Joe Reed probably does not want any whites in his party and he pretty much has accomplished his mission.