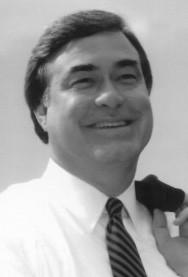 As promised, the Legislature revisited their much publicized Immigration Law during the just completed regular session. They said they were going to revise the original 2011 act and that is precisely what they did.

This Republican dominated Legislature does what they say they are going to do. They may not be deliberative but they are truly disciplined, organized, productive, and conservative.

Their original act was much maligned by liberal groups throughout the state and nation. It brought a great deal of negative media attention from every corner of the country and globe. This adverse publicity did not deter the legislative leadership or the Governor. They are determined to rid Alabama of illegal immigrants regardless of the cost in dollars to defend the law or adverse publicity affecting our national image. Their efforts have already proved costly in both venues. The law is being and will continue to be challenged in court by the ACLU and Southern Poverty Law Center.

Our Republican legislative leadership and Gov. Robert Bentley have not backed down on their allegiance to Alabama’s Immigration Law. Gov. Bentley adamantly and continually clung to the proposition and tenets of a strong and clear act. Upon passage of the revised bill he said, “Anyone living and working in Alabama must be here legally.” Speaker of the House Mike Hubbard (RAuburn) stated, “Some activist groups don’t have a problem with illegal immigration and will only be happy if the law is repealed. That’s not going to happen.” Senate President Pro Tem Del Marsh (R-Anniston) said, “These revisions will improve the current law – not weaken it.”

Indeed, on the surface it appears that this new revamped bill will clarify the ambiguous sections of the original act and make the law more workable. One of the most controversial provisions of the first act had to do with law enforcement. Most city and county law enforcement officers throughout the state were simply refusing to attempt to enforce the act for fear of an obvious lawsuit. The old law called for checks of citizenry for any reason whenever someone was stopped. The new bill only allows a law enforcement officer to ask for proof of citizenship if they have a “reasonable suspicion” the person is an illegal immigrant and then only when a traffic citation is issued or an arrest is made.

The bill also clarifies that churches will not be in violation of the law by having an illegal immigrant performing ministry or mission work, as long as that person is not a paid employee.

The new rewrite of the law specifies that a person can be asked for proof of citizenship when he or she applies for a car tag or driver’s license but not during other transactions with local governments. Lawmakers said one of the constituent complaints they received was having to show proof of citizenship for routine services like getting your water turned on. However, this bill does not change dramatically in this area.

You may still see long lines in Jefferson County but Jefferson County is a story within itself. The enforcement of the Immigration Law is the least of their problems. Our largest county is dysfunctional. The citizens have come to expect long lines, disputes, corruption, convictions, and high taxes as part of the price of living there. Their legislative delegation is divided and could not care less.

The new bill does not include a controversial provision that required schools to collect information on the immigration status of students. The 11th Circuit Court of Appeals has already ruled that unconstitutional. The federal courts may very well render our entire law unconstitutional. That does not matter to our Legislature nor does it make any difference to them if we get a black eye around the world or that it cost our beleaguered General Fund millions to defend. Come hell or high water we are going to run illegal immigrants out of the Heart of Dixie.