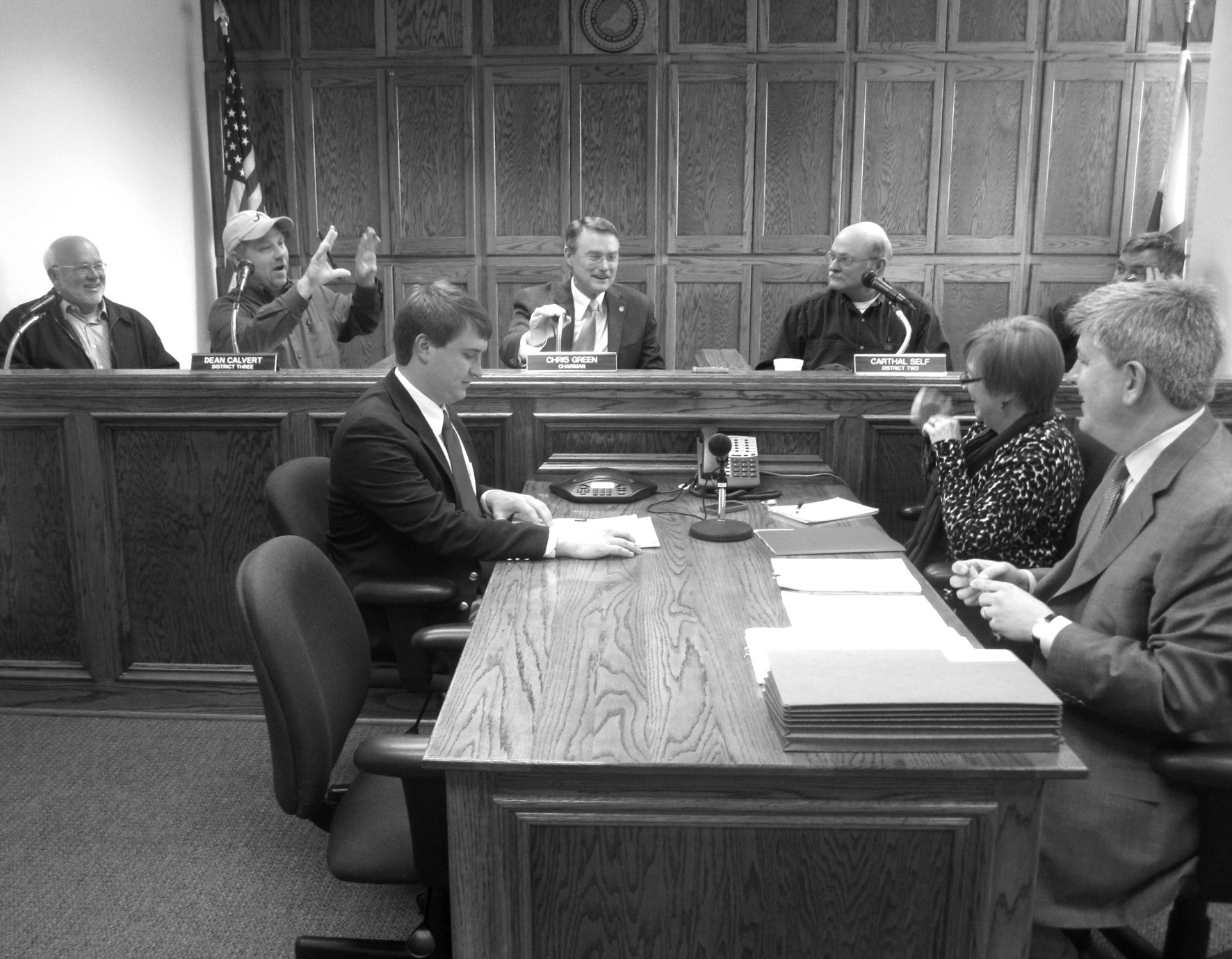 Members of the Blount County Commission and staff relax with a laugh in the moments before Monday’s special meeting. The emergency meeting was called to award the bid for roof replacement at the county jail, damaged in the March 18 storm. The commission declared the emergency in order to expedite the repair process, since another wind event before repairs were made could have completely destroyed the roof, already nearing its 20- year life expectancy. The contract was awarded to Miller Roofing Inc. of Jasper, with a bid of $53,950. An additional amount of $1,500 to $2,000 based on square footage will be added to the bid amount in order to extend the warranty service life to 20 years. Construction was expected to start within five days of the bid award, and to be complete within 30 days. Note: This was the first day on the job for new county administrator Zack Marsh, seated at the table by the empty chair. Why the levity? Commissioner Dean Calvert (gesturing with his hands) and Jackie Goode (seated across the table from Marsh) told the new-guy-on-the-block to speak directly into that microphone on the table since he was expected to address the commission for the rest of the meeting. April Fool! – Ron Gholson