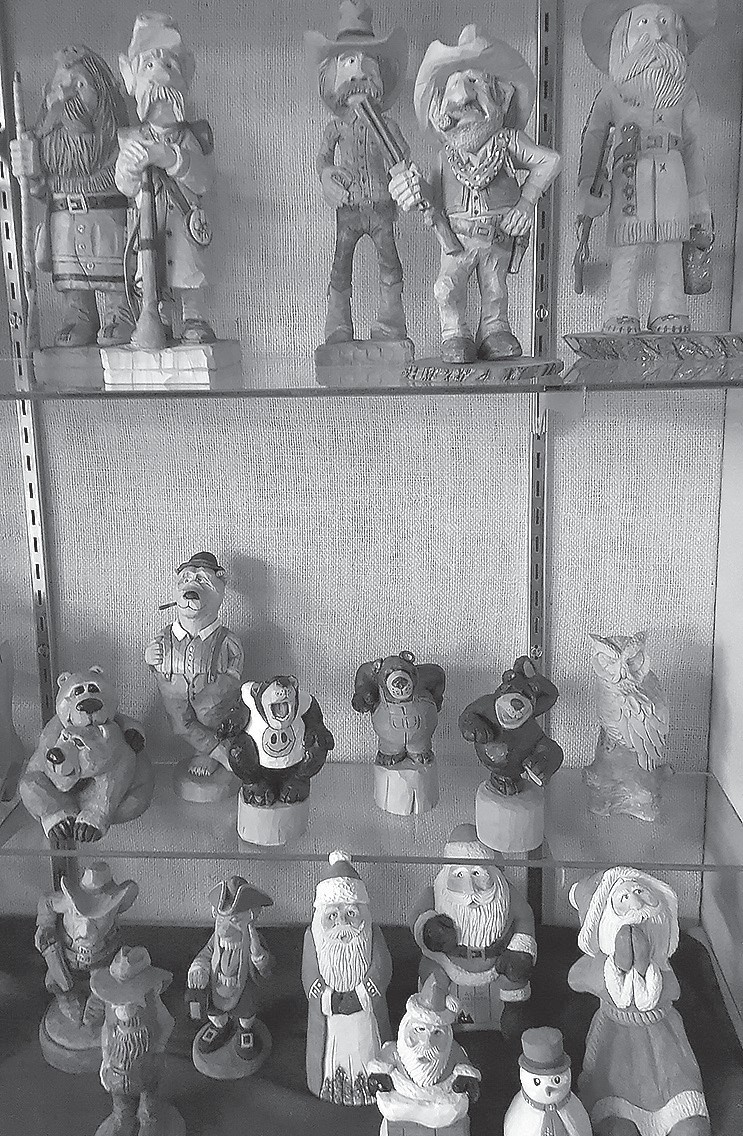 Contemplating life after retirement, Doug Strickland and his wife, Mary, knew he would need something to occupy some of his time. Previous hobbies, such as fishing, were no longer a viable option.

As Mary was reading The Blount Countian one afternoon, she noticed there was a meeting for anyone interested in woodcarving. She mentioned it to her husband and he said, “What if I don’t like it?” She quickly followed up with, “But what if you do?”

Five years later and many masterpieces, he still loves it.

This Remlap resident is very modest about his beautiful creations. Strickland said, “I am not an artist, I’m a carver.”

He followed up justifying his statement by saying, “An artist has a concept, an imagination, and the ability to carry out that imagination. I simply see pictures and carve pieces that are similar to the pictures.” 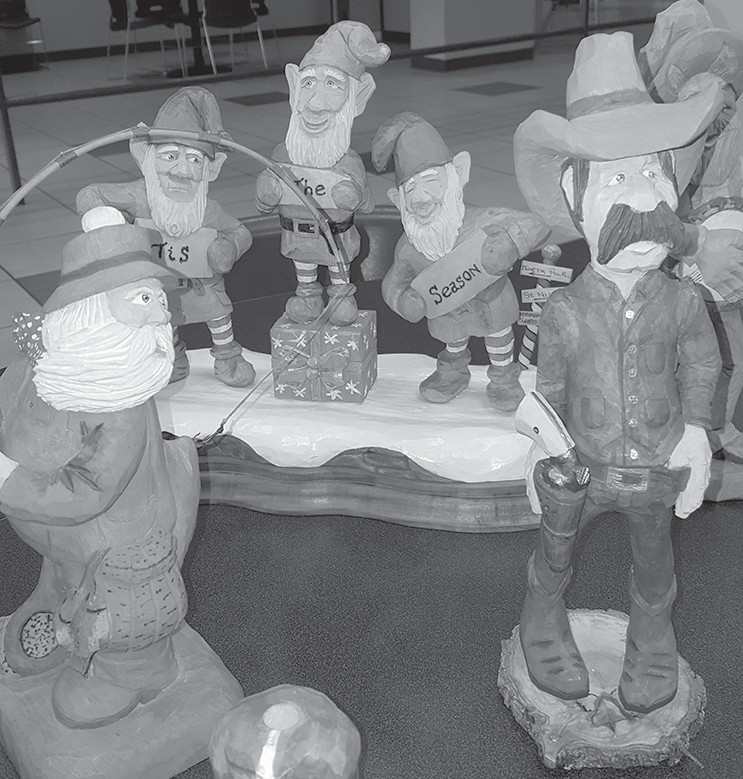 Strickland’s first woodcarving was a Santa.

Since that first piece, he has refined some of his techniques, traveled to woodcarving events, continued to gain further knowledge of woodcarving, and has created numerous pieces.

Several of Strickland’s creations are currently on display at the Blount County Memorial Museum.

Twice per year, Strickland travels to Lebanon, Tenn., for the Renegade Woodcarvers Roundup. This event gives opportunity for about 60 woodcarvers to hone caricature carvings under the direction of five renowned instructors. This is one of his favorite events.

An important word of advice that Strickland gave about woodcarving is, “You have to have a sharp knife. A dull knife will get you hurt.”

How to use a knife is something that Strickland has always identified with. He reminisced about every boy having a knife when he was growing up. He also used a knife in a meat market when he was first employed as a young adult.

Strickland said, “The knife was a tool. I remember the boys going out after Sunday lunch and whittling on a piece of wood. By whittling, we weren’t really creating anything. We mainly just had shavings.”

While there are several wood options for carving, Strickland prefers to use Northern Bass Wood.

Some carvers choose to use various power tools to start a notch out an area on the design. This process allows carvers to get into the fun of detailing the piece without delay.

Strickland, however, uses no power tools for creating his masterpieces. He carves everything from beginning to end by hand.

After the carving is complete, Strickland has the wearisome task of painting the design. It is slow and tedious process; as he has to wait for the paint to completely dry before adding any other details.

He pointed out that an eye could take up to seven different painting times for it to be complete. He said on his cowboy piece that it took more than 14 hours for painting.

Strickland considers his woodcarving as a hobby, he said, “I’ve never sold a piece, and I’ve donated a few pieces, as well as given away quite a few.” He admitted he might have to add a few more shelves in his home for displaying his artwork.

Strickland would like to see a woodcarving club be re-established in Blount County. The closest active clubs are in Pell City and Tannehill. He believes woodcarving is becoming a lost art.

Anyone interested in talking with Strickland can reach him at 681-4682.