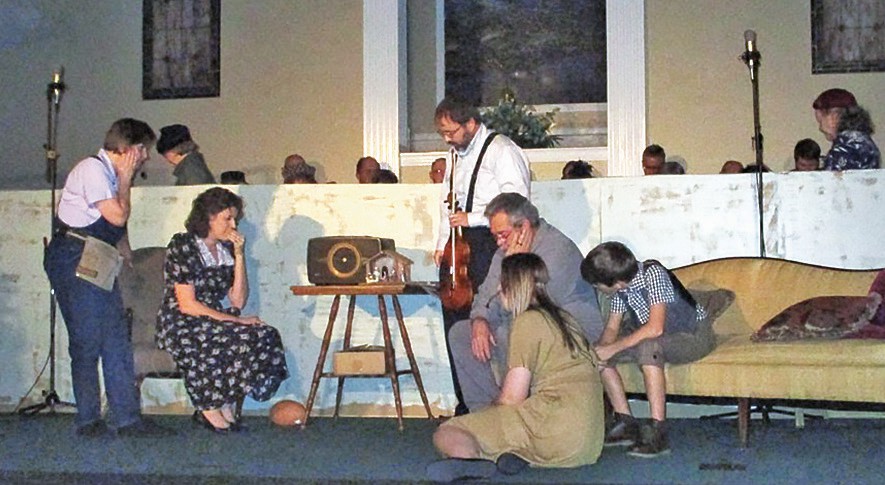 Cleveland First Baptist Church will present a dramatic Christmas musical focused on an iconic time – Dec. 7, 1941 – in America’s past on Saturday, Dec. 7, at 6 p.m. The performance will be repeated on Sunday, Dec. 8, at 6 p.m.

1941: In many ways it was the best of times and the worst of times, when the golden days of radio, the magic days of the Big Band Era, the simpler days of family togetherness, the excitement of the approaching Christmas season, and the absolute, darkest horror of World War II all converged in the country’s living rooms, centered then in many ways around the family radio. And never more so than on Dec. 7, 1941, when a great assemblage of U.S. naval warships was attacked in Pearl Harbor, sustaining massive damage and the greatest loss of American lives in a single attack until the World Trade Center on Sept. 11, 2001.

The musical captures in a dramatic re-enactment (theater, choir/vocal, instrumental, and reconstructed period radio segments) that time culminating in the shocking announcement on the morning of Dec. 7, the news bulletin of the Pearl Harbor surprise attack, followed the next day by Franklin D. Roosevelt’s memorable “day that will live in infamy” radio address to the country.

Cleveland Baptist’s actors recreate the story of one family’s everyday life as they anticipate a big Christmas broadcast special in the days leading up to the mind-numbing attack, as well as the impact of the attack itself. The church’s choir weaves tapestries of irrepressible big band rifs and phrases in jazzy and inspirational arrangements of Christmas songs, both popular and sacred.

“We’ll be delighted for everyone in the community who’s interested to come and celebrate Christmas and Pearl Harbor Day with us,” said Cleveland pastor Rick Dill. He also directs the production entitled “I’ll Be Home for Christmas.”