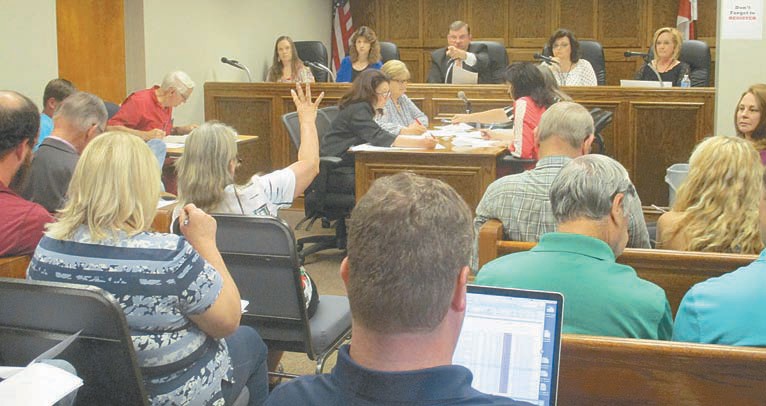 How in the heck can the old folks tell – what the newspaper is talking about when it uses a silly headline like this one on a seemingly unrelated photograph? Can’t help it. That’s what Revenue Commissioner Gregg Armstrong exclaimed – with triple exclamatory fervor – when a bidder at the annual tax auction last week opened the bidding for a third time with a pre-emptive bid in the $10,000-plus range. You see, the normal protocol is to start the bidding with the amount of tax and costs owed – say $159 – plus about $20. A number of properties took 20 or more bids to get into the several hundreds range. But bid this group did. ‘These people came loaded for bear today. They mean business,’ Armstrong later added.

Armstrong said this tax sale was remarkable for the limited number of properties auctioned – only 63 parcels. ‘This will be the smallest tax sale anybody can remember in the recent history of the county,’ he said. A few years ago, the annual sale ran into the 150 to 250 range. Owners of auctioned property still have three years to redeem it by paying the tax due, plus interest.