How did they win? 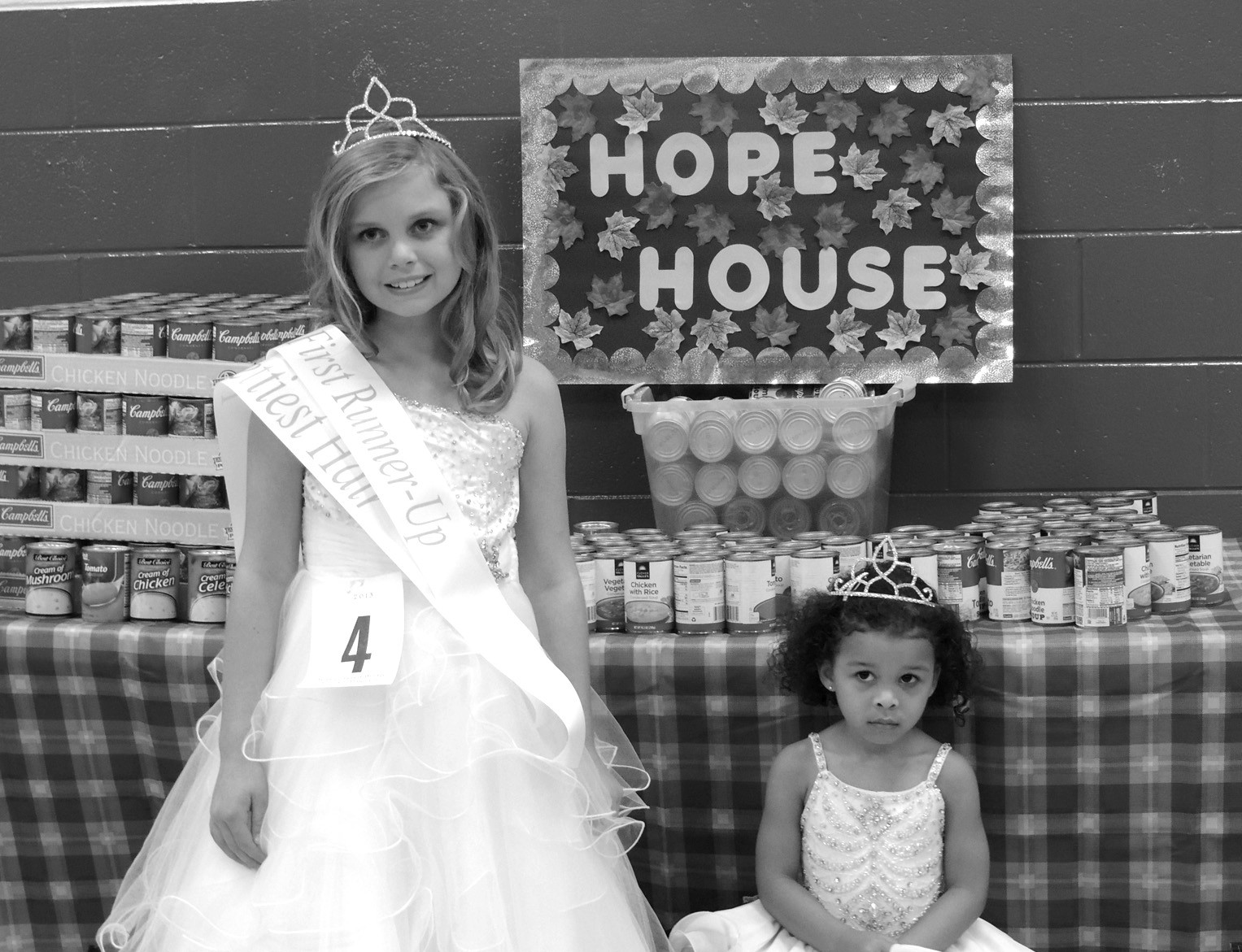 Erin Self (left) 10, of Oneonta and Audrey Cornelius, 3, also of Oneonta, were crowned Community Service Queens at the Covered Bridge Festival Pageant, an offshoot of the Miss Covered Bridge Pageant, in early October. They won by collecting 450 cans of soup plus cash for donation to the Hope House, which will use it to allay hunger in Blount County. Thank you, Erin and Audrey.