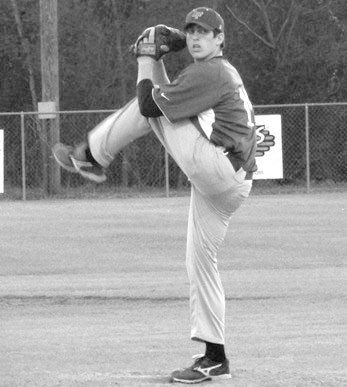 The Locust Fork Hornets knocked off Hayden in the championship game Saturday to win the Blount County High School Baseball Tournament in Blountsville.

After picking up wins over Appalachian (10-0) and J.B. Pennington (5-3) earlier in the tournament, the Hornets faced a Hayden team they had lost to twice earlier in the season.

However, this time the Hornets had junior right-hander Geoffrey Bramblett on the mound and that proved to be the difference.

Bramblett was simply dominant as he gave up just one unearned run on one hit and one walk and struck out 18 Wildcats. 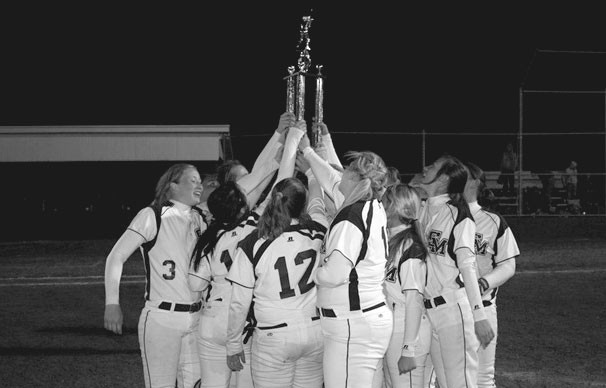 Lady Bulldogs celebrate as they receive the DAR Tournament trophy.

Trailing 1-0 through five innings, the junior delivered at the plate as well with a double and a run scored in the sixth inning as part of a two-run rally.

With the win, Bramblett improved to 3-0 on the year and the Hornets improved to 10-3 on the season.

Oneonta went on the road Saturday and knocked off a 6A power.

The Redskins got a great pitching performance from senior right-hander Austin Dickie in a 2-1 victory over Gadsden City.

Dickie (3-0) went the distance and gave up just an unearned run on three hits and two walks with nine strikeouts.

Oneonta improved to 6-1 on the year while Gadsden City fell to 9-6. Softball

Susan Moore has picked up where they left off under new (or old) head coach David Stanford, who has returned to Blount County after three years at Moody High School.

The Lady Bulldogs won the Brindlee Mountain to start the year and then walloped the field in last week’s tournament at DAR.

Susan Moore is now 17-1 on the year. The one loss was a 3-1 setback to Crossville in the Brindlee Mountain Tournament but the Lady Bulldogs avenged that loss with wins of 2-0 and 12-1 over the Lady Lions.

In last week’s tournament at DAR, Susan Moore with wins of 5-0 over Section, 14-1 over Asbury, 7-4 over Danville, and 8-4 over Brindlee Mountain.

In the championship bracket, the Lady Bulldogs knocked off Section again (8-0) and then hammered host DAR 14-4 in the finals.

Locust Fork is off to an 8-1 start with the lone loss (1-0) coming to St. Clair County in the Lady Hornets’ own season opening tournament.

Hayden is playing well in the early season and the Lady Wildcats are undefeated through five games.