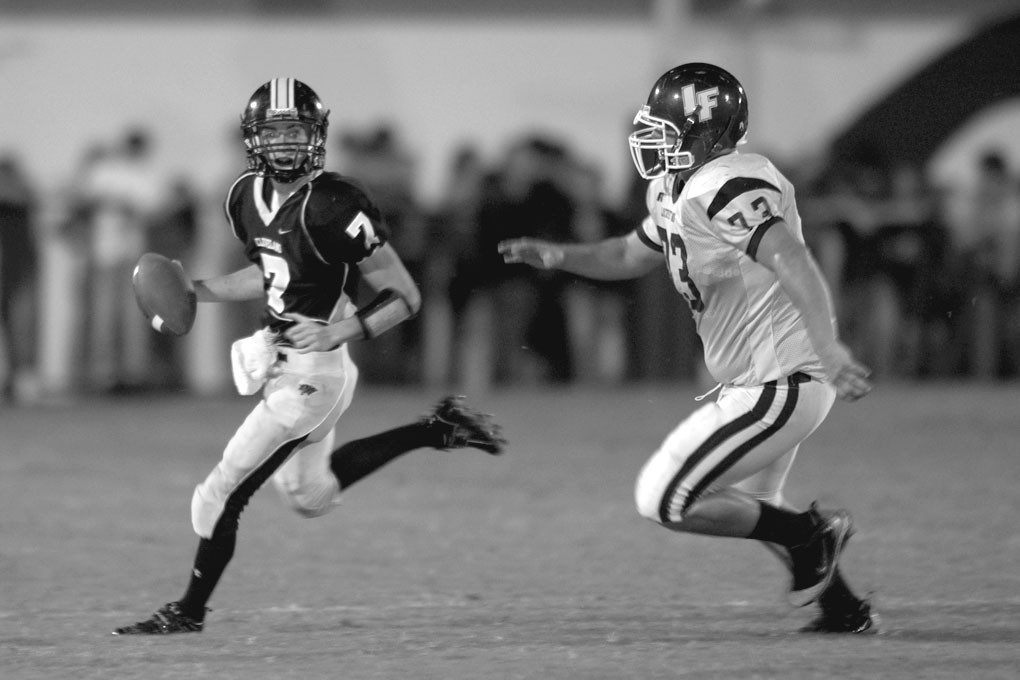 
The visiting Hornets got on the board first when Taylor Hughes capped off a drive with a 2-yard run in the first quarter.

The Hornets kept the 7-0 lead into the second quarter but that’s when the Panthers came to life.

Panther quarterback Dusty Cornelius put the home team on the board with a pair of touchdown passes in the second quarter.

First, Cornelius hit Caleb Woodall on a 30-yard toss to tie the game. Two possessions later, he found Chas Cornelius on a 75-yard bomb to give the Panthers a 14-7 lead at the half.

Neither team got on the board in the third quarter despite a pair of good scoring chances that ended in turnovers.

Cleveland had a chance to tie the game late but Armstrong sealed the victory with his second interception of the game.

Dusty Cornelius led the Panther offense with 189 yards passing and a pair of touchdowns. Cleveland was held to just 88 yards rushing to finish with 277 yards of total offense.

Locust Fork picked up 337 total yards with 266 coming on the ground.

Hughes led all rushers with 29 carries for 129 yards and a touchdown. Armstrong added 67 yards on five attempts, caught one pass for 35 yards, returned a kickoff for 70 yards, and collected two interceptions and two tackles on defense.