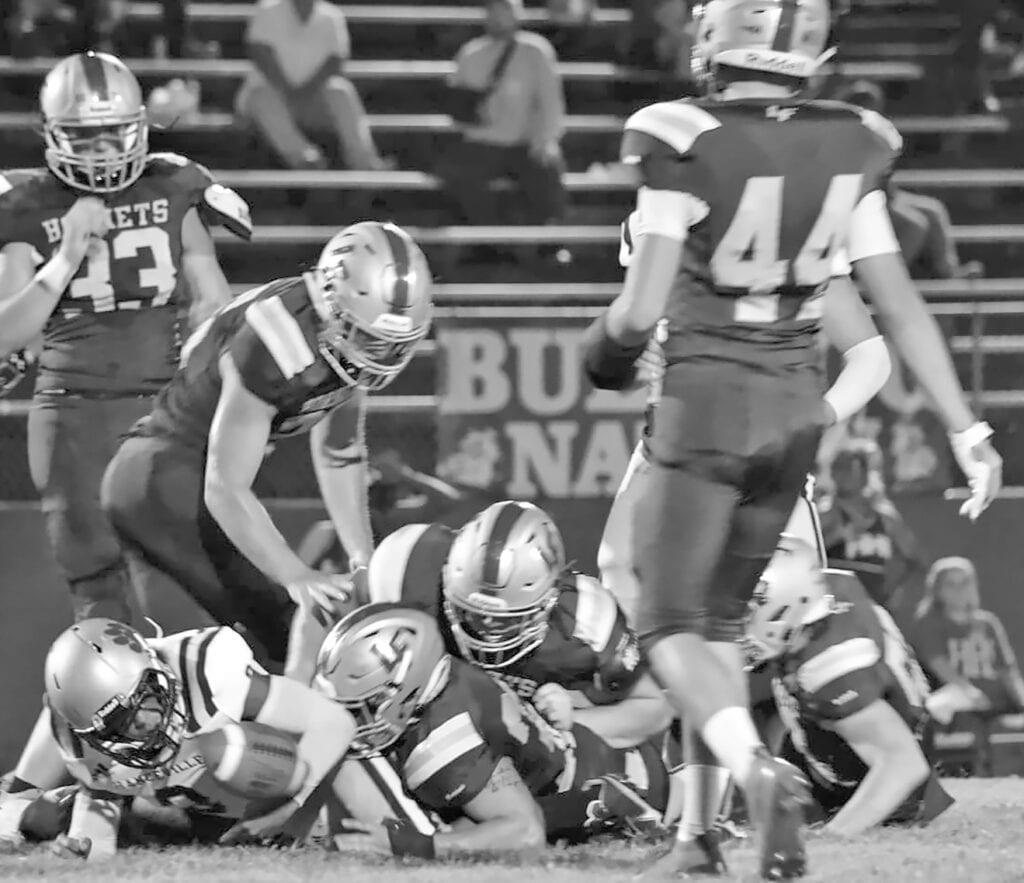 After weeks of dealing with COVID-19, quarantine, no workouts, and no practice, the Locust Fork Hornets showed up at Hanceville Friday night ready for some football. The Hornets were firing on all cylinders coming away with a 38-7 win over the Bulldogs.

Johnathan Burgett got the scoring started with 4:26 remaining in the first quarter. An unsuccessful two-point conversion attempt left the score 6-0.

In the second, Hanceville got on the board with a touchdown and extra point, but their 7-6 lead was short lived. Burgett scored his second touchdown of the night with 7:30 to go in the half. David Mondragon tacked on the extra point for the 13-7 lead. On the next drive, Christian Patterson intercepted a Bulldog pass taking it all the way in for a pick six. Mondragon’s extra point made it 20-7. The Hornet defense continued their strong play and they headed into halftime with a 20-7 advantage.

The Hornets came out of the half and picked up right where they left off. Patterson added to his pick six with a rushing touchdown. Burgett took it across the goal line for the extra two points giving the Hornets a 28-7 lead with 9:49 on the third quarter clock.

Mondragon’s field goal added three more to the scoreboard with 10:45 left in the game. On the Hornets’ next drive, Lukas Huber found John Colafrancesco for the score. Mondragon’s kick made it 38-7 with 7:27 left. The Locust Fork defense didn’t let up and the Hornets went on to earn their second win of the season.