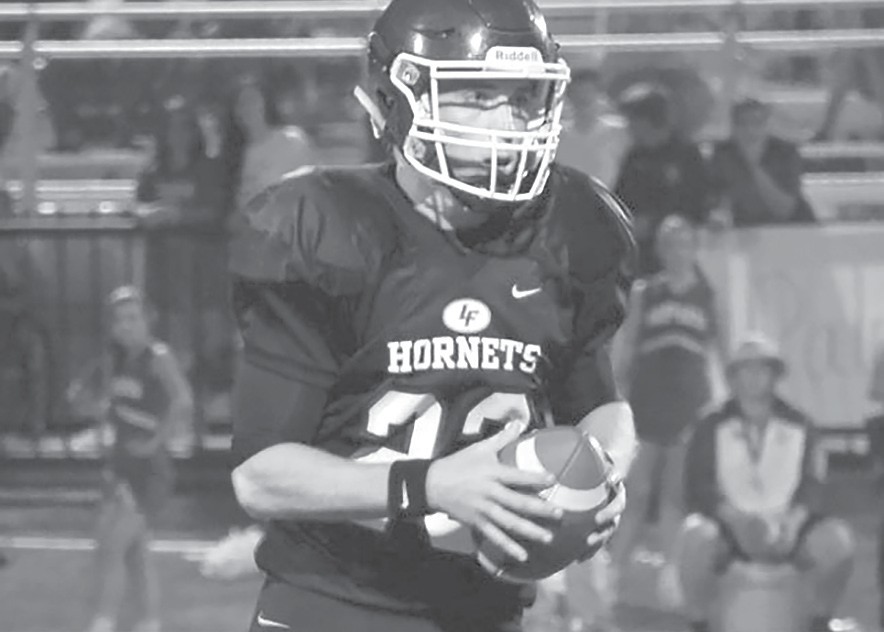 The Locust Fork Hornets took on the Holly Pond Broncos Friday night winning by a score of 48-18. The Hornets found the end zone first with Charlie Cater scoring on a 2-yard touchdown scramble putting the Hornets up 7-0. This was the only score for either team in the first quarter.

In the beginning of the second, Cater found himself in open field taking the football 75 yards for a second Hornets touchdown. A few minutes later the Hornets scored again, this time Cater found Ben Oden open for a 68- yard touchdown pass. Javier Hernandez added the extra point and brought the Hornets’ lead to 21-0.

Holly Pond finally found the end zone late in the second quarter on a 17-yard touchdown run. The Hornets scored once more before the half with Cater weaving through the Broncos’ defense for a 35-yard touchdown carry. The Hornets entered halftime with a 28-6 lead.

The Hornets advance to 4-3 on the season. This week they travel to Vinemont to take on the Eagles (1-4) who lost to Fultondale Friday 22-36.