Hornets and Redskins continue to semi-finals 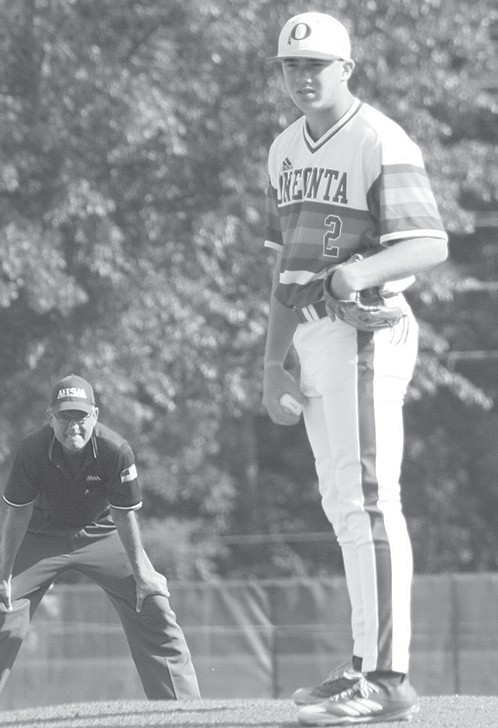 Brody Moore looks for signals from his catcher.

Recent years have brought many wins and championships to Locust Fork athletics. The success continues with baseball, as the Hornets move forward to the semi-finals, where they have not advanced since 1993. They are looking to make history this year with a win at Lauderdale County on Thursday to advance to the 3A state championship. 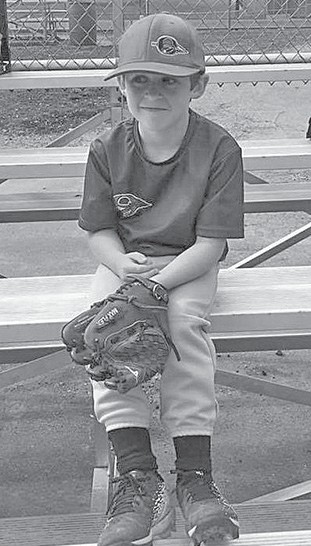 Jakob Rice, son of the late Rob Rice, threw out the first pitch Friday night in memory of his dad.

The Hornets nailed a 7-2 win with tenacious offense and solid defense. Brody Washburn and Tyler Cox led the Hornets with multiple hits and each scored one run. Washburn pitched seven innings and earned the win. Game 2: Locust Fork 3, West Morgan 1

This game was more of a nail biter with a 3-1 win for the Hornets. Lukas Huber, Tyler Cox, and Logan Dyar each had one run for the Hornets. Ryan Cox secured the victory on the mound, pitching all seven innings.

Oneonta defeated Sardis with a strong offensive game. By the third inning, the Redskins pulled away after scoring five runs. Will Bearden doubled, scoring two runs. Daniel McCary singled on a 2-2 count, scoring two runs as well. Oneonta also put up five runs in the sixth inning, with singles by Bearden, Jake Hodge, and Noah Camp and a home run by Gage Helms. Brody Moore, Bearden, and Rance Phillips each had three hits to lead their team. Moore pitched six innings and only allowed four hits and two un-earned runs. He also had eight strikeouts and zero walks. Game 2: Oneonta 10, Sardis 2

Oneonta continued its domination over Sardis with a 10-2 win. Rance Phillips, Brody Moore, and Jackson Devaney each had RBIs in the seventh inning to secure the Redskin win. The Redskins collected eight hits total. Devaney and Moore led Oneonta with two hits each. Phillips pitched seven innings and brought home the win on the mound. He gave up eight hits and two runs and struck out eight. This win put him 8-2 on the season.