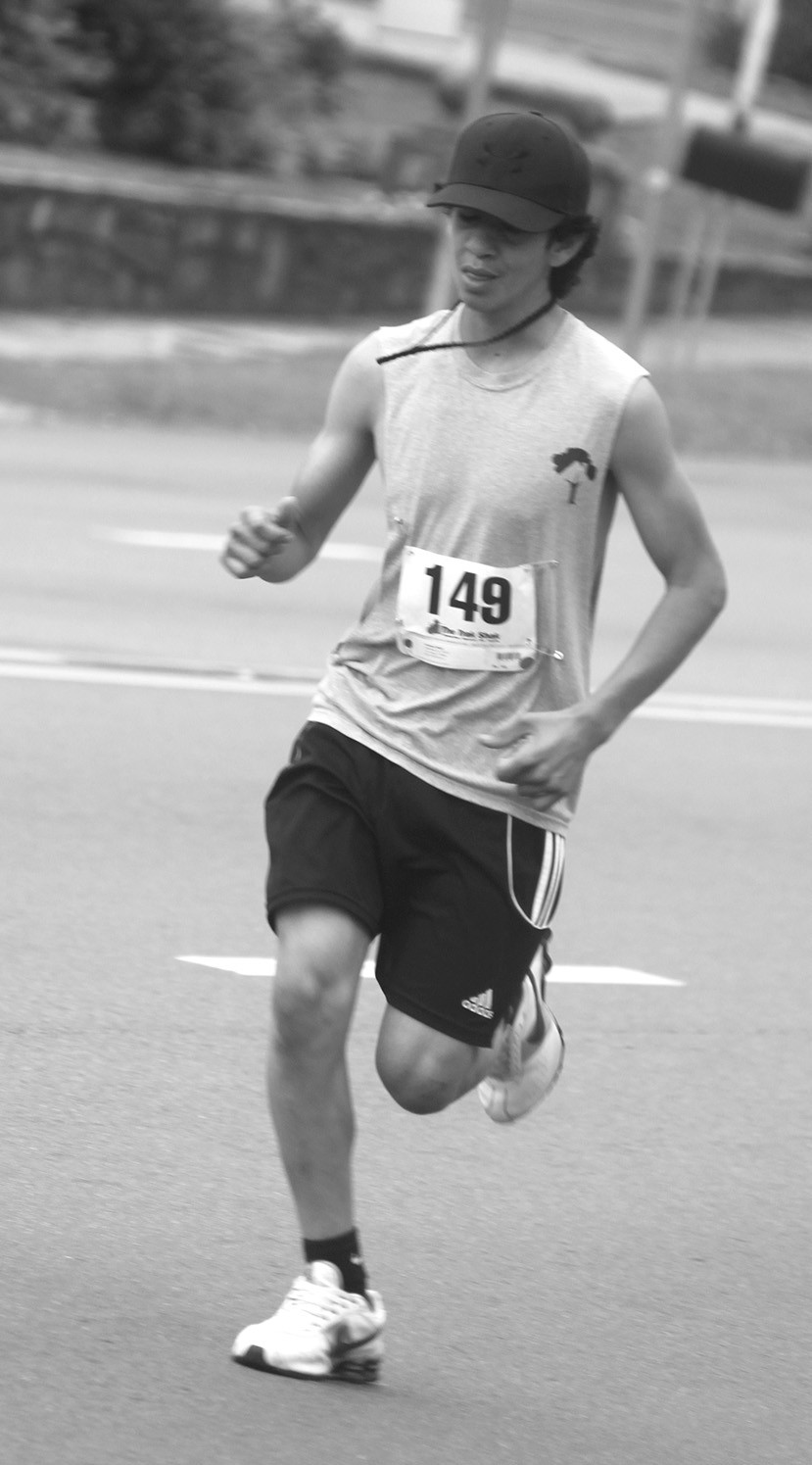 Approximately 200 people gathered in front of Oneonta High School on April 28 for the 2012 HomeTown Bank Heroes Run. Sponsored by The HomeTown Bank of Alabama, the event, in its second year grew in participation by almost 50 percent over last year. All proceeds from the race go to The American Cancer Society- Relay for Life of Blount County.

Overall winners of the 10K run were Enrique Mejia (right) and Lisa Rutledge, both of Oneonta. Trent Dean and Caley Whittemore of Decatur were the top 5K winners.