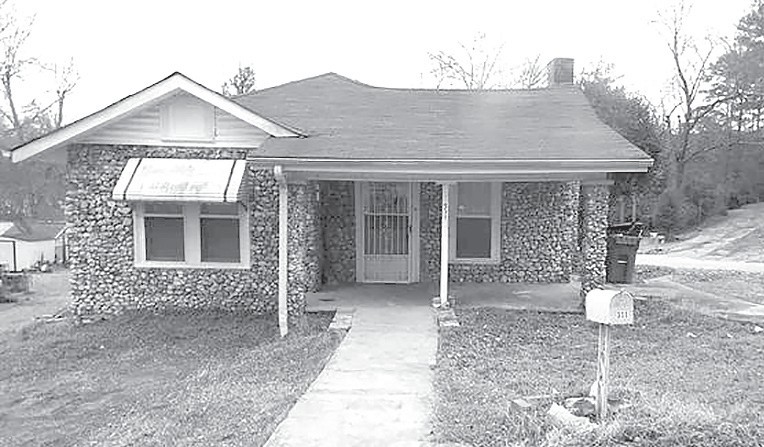 Two contrasting trends are visible in the Oneonta homes market this year: a growing interest in both remodeling older homes, as well as upgrading new garden homes with special decorating and efficiency touches. This week features an impressively remodeled older home that serves as the conceptual model for more to come – in more ways than one. Next week will feature a new garden home, emphasizing energy-efficient features and high-end design touches usually found in more expensive homes.

This is what 311 C Street looked like roughly a year ago. The 1,070 sq. ft., 2 bedroom, 1 bath Craftsman style bungalow is faced with chert-rock cobblestones in a building style popular, often in rural settings in this area, just before and during the Depression. It boasts an enviable location, a walkable half-dozen blocks from the courthouse, city hall, the public library, churches, the future Wallace State Academic Center, and downtown restaurants and shopping attractions. As such, it reflects a trend city planners are anticipating toward increasing mixed use, including residential development – lofts, remodeled homes, and apartments – in downtown and within walking distance of downtown. 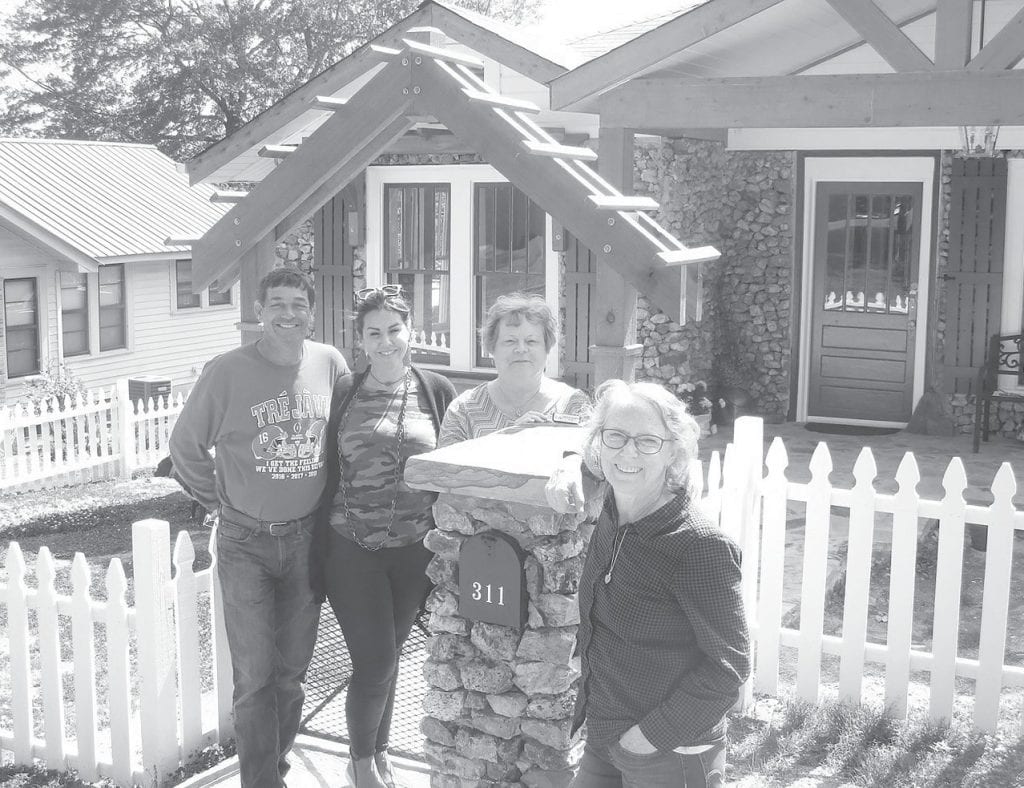 What a difference a year makes – after 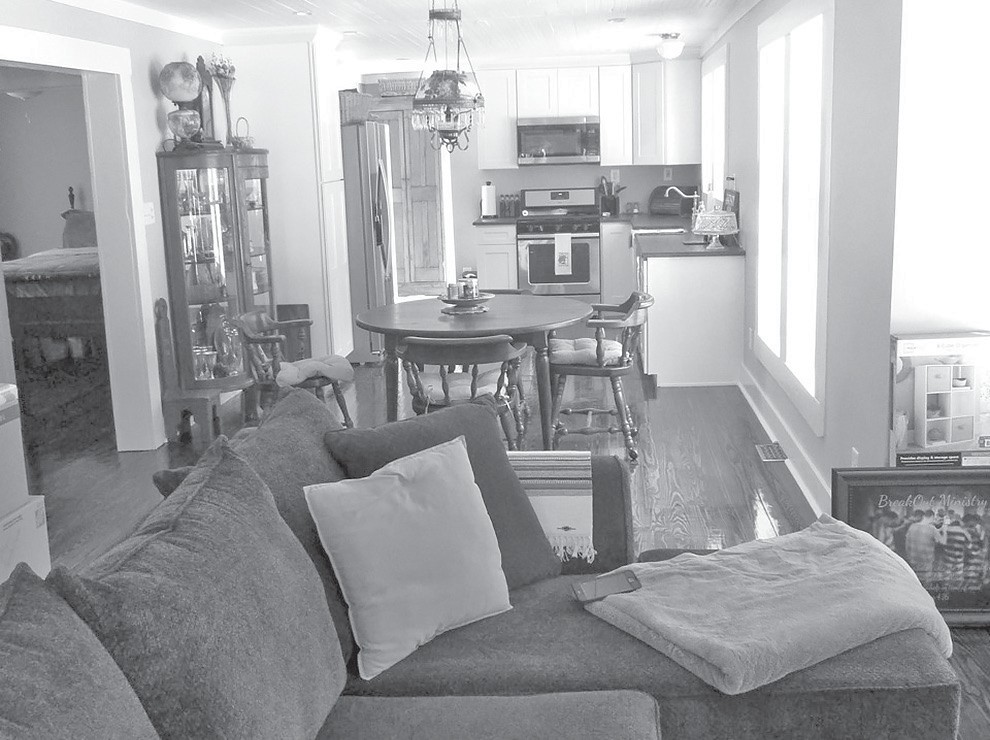 This is last week’s view of the home that builder Jim and designer Lisa Wester have been slowly and carefully renovating for about a year. That’s them at left. At the far right is Margaret Galloway – a former surgical nurse at UAB Medica Center and former ballet instructor at Alabama School of Fine Arts – who practically bought the house out from under them and moved in before it was completely finished. In between is Keller-Williams realtor Shelia Gilliland, who triggered and facilitated the process. The exterior changes are dramatic, with a high, rustic wood gable in front defining the porch and emphasizing the entry – and not accidentally making an ambitious statement about the whole project. Picket fencing around the yard and the columnar stone housing for the mailbox, along with window treatments and shutters, complete the classy cottage effect.

Outside, changes beautiful; inside, profound

When you step through the front door, the effect is immediate. It’s elegant and spacious, like a home that has been carefully preserved for years, and in the process enhanced – somehow. Perhaps that’s the designer’s genius at work. The original pine floors and ceilings have been preserved (the phrase lovingly preserved, comes to mind, but perhaps that’s over the top – probably took a lot of hard work to bring them back) The effect is exceptional. The original floor plan has been re-imagined and re-created, but you’ll have to visualize it without benefit of before and after photos.

So here goes. The spacious room you see in the photo was three rooms in the original house: kitchen at the far end, small dining area in the middle, and living room at the near end. The two interior walls that defined the three rooms are gone, creating a 14’- x- 30’ space that effortlessly defines a sense of airiness and roominess.

But that’s not all. On the wall behind the couch, there used to be a door (that you can’t see in the photo) leading to a bedroom – but that you couldn’t see even if the photo showed the space where it used to be. Because the doorway has been removed and walled up. The doorway that you can see at the center left of the photo was there before, but it’s been made double-wide now. It leads to both bedrooms via a hallway to the left and right, and to a fancy, modernized bathroom straight ahead. Better use of space, overall.

A deck graces the rear of the house, reached from the back door via stairs leading to a landing with dual stairs going down on opposite sides – one set to the deck, the other to the side yard.

Also included are more designer touches and details that can’t be covered here, but they contribute to the overall image of a charmingly-designed living space, ideal for a young couple, starter family, or empty nester. Here’s a realtor’s list of other features:

What’s a house like this cost? Every house is different depending on the size, price, and condition of the house before you start to remodel, but think the $150,000 range, plus or minus, for a quality remodeling job on this order.